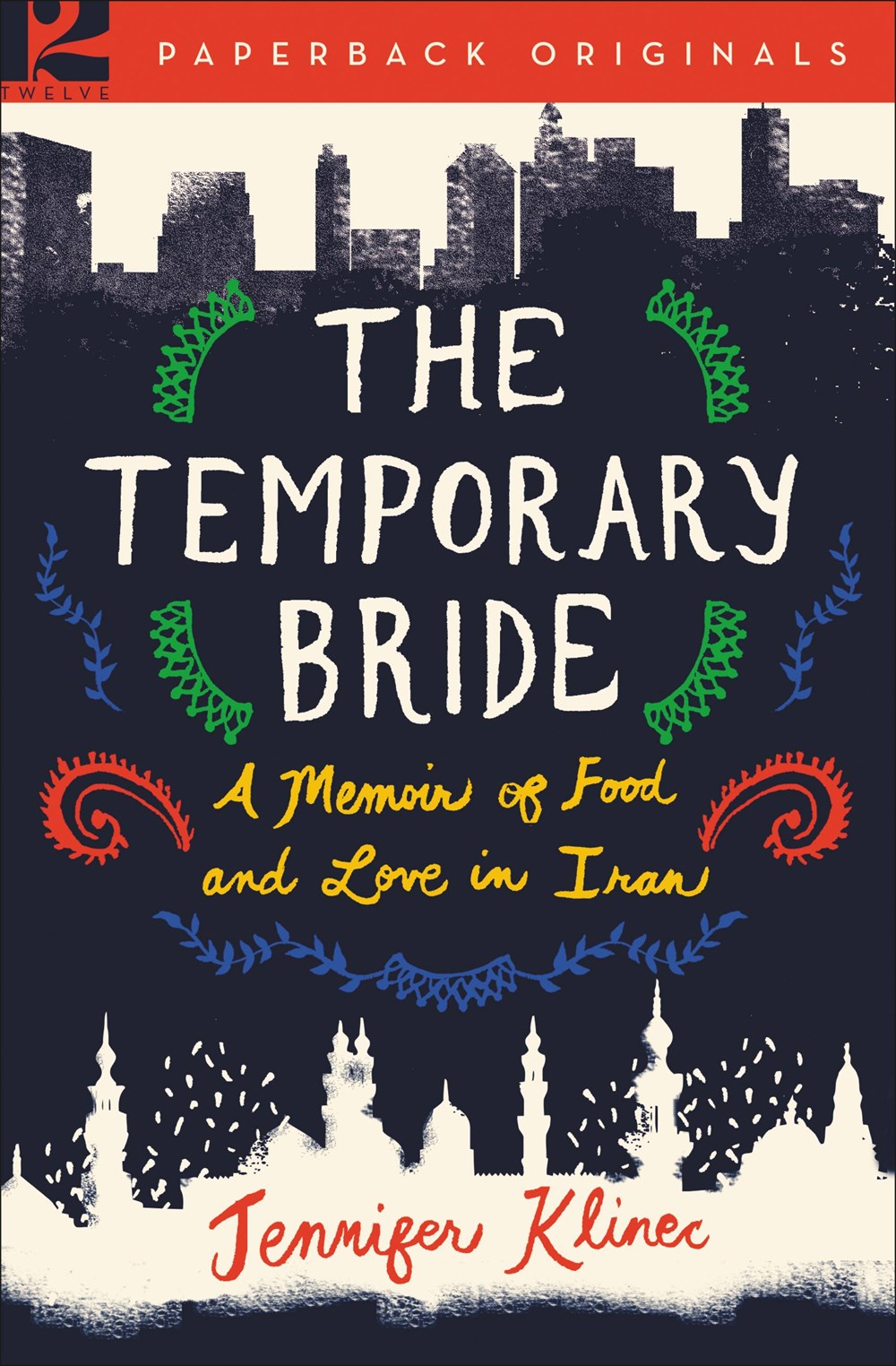 Book review: The Temporary Bride: A Memoir of Food and Love in Iran (Amazon / Book Depository)

Published in 2014 in the UK, Australian, and New Zealand markets, Jennifer Klinec’s Iranian food and romance memoir The Temporary Bride will be published on Valentine’s Day in the U.S.

Klinec abandons a financially secure career in London to open a cooking school out of her apartment. In search of new recipes, she travels to countries that many people would never dream of putting on their dream vacation lists. This exploration eventually leads her to the rural provinces of Iran, where she shadows cooks in their home kitchens and learns the foods that comprise local culture. Interesting premise.

To spice things up even more, she begins an intense, taboo, whirlwind relationship with Vahid, the son of one such cook. This leads to visa extensions, courtship confusion, cultural clashes, and questions about what the relationship means to them both. Ultimately, what it means is that they get a “temporary marriage”, an Iranian bureaucratic work-around allowing couples to marry with a fixed end date, forgoing all the formality usually accompanying the union. It also lets them enjoy all the benefits of a public relationship without the scrutiny, and potential illegality, of a country where such relations between the sexes (showing normal affection in public, sharing hotel rooms) is illegal outside of marriage.

Unfortunately, the idea was far more interesting than the result. The relationship between Jennifer and Vahid is, in a word, uncomfortable. He tells her that he doesn’t find her beautiful, and expected her to be thinner and less hairy. He calls her dirty. What a keeper. Of course, anyone can grow and change, especially when there’s such a vast difference in cultures and gender relations at play.

But the whirlwind romance seems dragged out for the purpose of making a full-length book instead of an article. There’s an abundance of purple prose, like describing hot cooking surfaces as “eager”. Same for the overly descriptive tale of choosing a scarf for her visa photo. She wants one so to look pretty. Her stories are often a mix of longing for something deeper and emotional, more than the superficial life that so many people seem to live (criticizing working a 9-5 and waiting for the weekend), and being so shallow that it’s hard to believe it comes from the same person.

The whole story takes place in about a month’s worth of time, give or take, which pushes the boundaries of belief in terms of the intensity employed. One scene describes returning to a civil administrative office to request a second visa extension. “The building is how I remember it from before. The same white, square ceramic tiles. The same wood-veneer panels lining the walls.” Well, yes. Of course it’s the same. As she reminds us in the next paragraph, she was last there two weeks before. The drama.

I’m not a romance reader, but I don’t mind a story of a relationship. But this one grated on my nerves. Between his insults and her casual acceptance of them, and the melodrama of a two week visa extension (twice) which reminds you how brief of a window all of this action takes place within. Not to sound cynical, but it was too much. She ends with a too-brief afterward about later time together in Tehran and beyond, and I’d have been more interested in reading about how Vahid behaved when they weren’t on his home turf, and as he learns more about the depth and difficulties of real, non-arranged relationships with women who expect equality. But that’s brushed over in favor of this uncomfortable love story. It made me feel icky.

Speaking of feeling icky – as for the food aspect, which really grabbed me when choosing the book, it ended up disappointing and was secondary to the Vahid storyline, plugged in to illustrate their initial bonding and dates. Some of the food she gushes over is enough to make a casual reader queasy – imagine every part of a sheep, shredded into soup or plopped on a plate. Every part, right down to the milk teats.

Although it was very much not my cup of tea, I think I should mention that it would absolutely appeal to readers with a taste for melodramatic, obstacle-laden romance, or memoirs about the accomplishment of losing then finding yourself in food and foreign men. It’s not for me but suits plenty of others, and the book is popular in other English-speaking markets. I think it’d be appealing for Eat, Pray, Love fans. I haven’t read that and don’t want to, but I feel confident this would appeal to the same type of reader, so it’s worth mentioning.

The Temporary Bride:
A Memoir of Food and Love in Iran
by Jennifer Klinec
published February 14, 2017 by Twelve,
originally published September 2014 by Virago