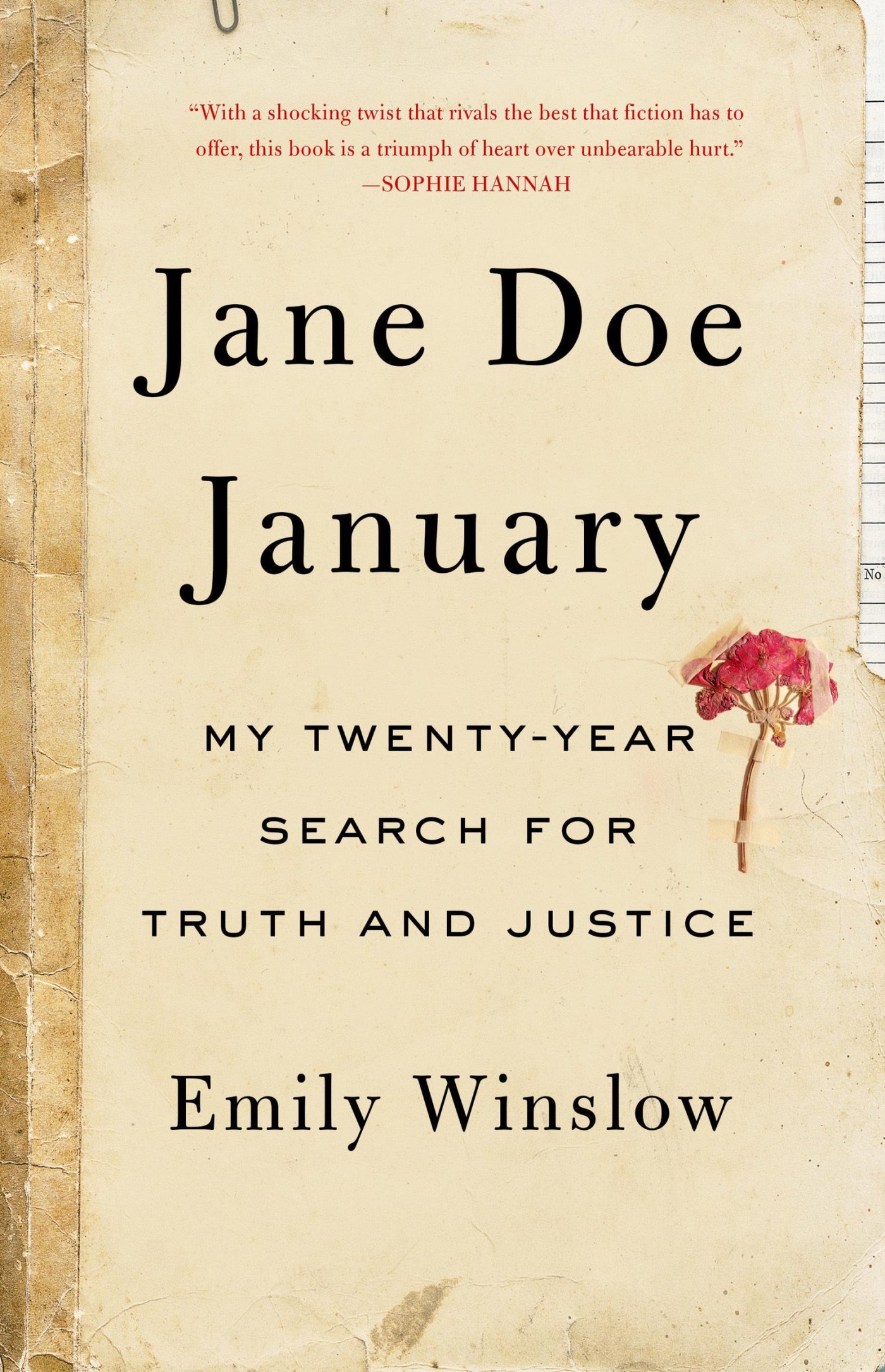 Some years ago, I made the decision to stop reading a book if I wasn’t enjoying it. Life is short and my reading list is never-ending. 40-odd pages into Jane Doe January, I put it aside with no desire to continue, and I’m not sure why I eventually did. I think because I’d looked forward to it for so long, I couldn’t accept that I disliked it as much as I did.

I was disappointed because when I first read a review in the New York Times, this memoir was contrasted with Joanna Connors’ I Will Find You. Both were published in 2016, both about their author’s attempts to deal with rapes from decades in the past, confronting the crimes and their histories, who they were and who they are now. Both had an underlying element of class and race issues, both memoirists being middle class white women raped by black men with criminal histories.

Winslow’s deals with her case’s reopening. She’d never even known her rapist’s name, until 2013, when DNA snagged him in another crime. Understandably, this opens a Pandora’s box of horrors, as a new trial looms and she’s forced to revisit what was done to her and how it’s changed her. All while navigating the labyrinthine bureaucratic corridors of the American criminal justice system, which often means she’s fighting for her case to even be heard, fighting to be an active participant in its prosecution and for access to public information about her rapist, his other crimes and convictions. It’s bound to take a heavy emotional toll, and it does, but the narration is insufferable.

I’ve already written glowingly of Connors’ book, which moved me immensely. Winslow’s is like a counterexample for how not to write about this topic. Let me give a disclaimer: I feel like a horrible person for writing this, for judging someone’s account of personal experiences, especially ones as fraught with difficult, complicated emotions as this. There’s no denying Winslow is brave, smart, and dedicated. But in her writing, she comes across selfish, tone-deaf, and unable or unwilling to consider circumstances beyond herself on any deeper level, like what her overwhelming privilege meant to her case and situation and how it’s handled.

As seen via Connors, rapes are often dealt with very differently depending on the victim herself. Winslow frequently says she’s grateful for the kindness and sympathy of those who assist her, and it’s hard not to contrast that with stories told by those Connors met in her research, who didn’t even report rapes because they knew police and prosecutors wouldn’t care. The class and race issues are glossed over superficially, and that’s putting in generously.

Winslow was raped by a stranger who followed her into her apartment building in Pittsburgh’s Shadyside neighborhood. She was a college student at Carnegie Mellon’s prestigious acting conservatory (we’re reminded of this and its accompanying prestige 100 times, give or take.) The whole book is repetitive, it could’ve been cut in half and still delivered the gist. I have no doubt that she suffered in ways that no one on earth should ever have to suffer, but she comes across so unsympathetically that it’s hard to care much about her story when she’s so unlikable in the telling of it.

Again, I’m cringing writing that about a rape victim who’s wrestling with demons she’s spent years learning to live healthily with. But her class privilege and seeming obliviousness, anger and resentment towards others is uncomfortable to witness. She makes a list for friends on how they should talk/deal with her regarding the upcoming trial and details every email update she sends to friends (how big is that mailing list?!) She mentally chides and chastises those who don’t react or respond as she’d like. That sought response seems to merely be attention, and the willingness of everyone around her to engage in the subject.

She RSVPs to a party invitation, writing in that she can’t attend because she’s testifying in her rape trial. There’s nothing to be ashamed of, I’m not arguing for a swept-under-the-rug topic, but this seemed overkill. It doesn’t matter if anyone else is uncomfortable talking or thinking about it, it’s never considered that it could be because they have something of personal significance to be uncomfortable about, but SHE needs to talk about it so everyone else should indulge her. She deserves it. That’s the attitude running throughout.

Much of the book details the minutiae of Google searches, her sons’ choir and church activities and her part therein; it’s painfully boring navel gazing. She even makes the death of someone close to her about her, and what she’s going through and how that person helped her, how she wished they had designated someone to “look after” her if they were ever unable. I rolled my eyes so hard I thought they’d get stuck. What kind of mentality is that?

As ‘Jane Doe January’, she’s jealous of the so-called ‘Jane Doe November’, the other victim of the same man, the same year hers took place. November was the catalyst for the case reopening thanks to DNA. She’s afraid that the rapist will be sentenced for his crimes only against November, meaning she won’t get “justice”. I get the anger and frustration, I do. But packaged in this self-absorbed attitude, it’s hard to understand her, despite paragraphs and pages laying out every nuance of her emotion.

To me, the best aspect was about criminal case procedure. Basically, it’s a nightmare and dependent on complicated laws and state-specific procedures. New York has made positive advances in things like testing rape kit backlogs. I learned what allocution is, a word I knew but didn’t understand. It’s when a defendant in a criminal case can or must explain details about the crime.

This always confused me, because in true crime shows, sometimes even after a conviction there’s only speculation about what occurred, what they think a victim did, how the prosecution believes a crime happened. That blew my mind, how sometimes the convicted criminal doesn’t have to even explain it. Allocution means they tell.

And this passage, which made impossibly long punitive sentences make sense:

Dramatic, oversized sentences are wonderful to me, even if they can’t actually be fully served, as in my case because of Fryar’s old age. The extra years that he’ll never live to give to prison are still useful, as points in the game. They say, loudly, that if the state could go back in time and make him serve from the start of his life-not just from the crime, but maybe even from his childhood or birth if that’s what it takes, they would. That’s what he owes: not just the years from here on out, but all of his life. All of it.

Big, dramatic feelings beg for big expressions. That’s why declarations of love are often for “forever”. Some things are too enormous to fit into just right now; we need to borrow from the past and future to have enough room to hold them.

So it has some moments. I hope there’s someone who’s helped by this book, by Winslow’s story. Even though she says her reasoning for wanting to prosecute her rapist are not about making sure no one else is hurt by him, so I’m going to guess her intention in writing this wasn’t to help anyone either. Still, I hope it resonates with someone somewhere and relieves pain somehow.

Jane Doe January: My Twenty-Year Search for Truth and Justice
by Emily Winslow
published May 24, 2016 by William Morrow (Harper Collins)