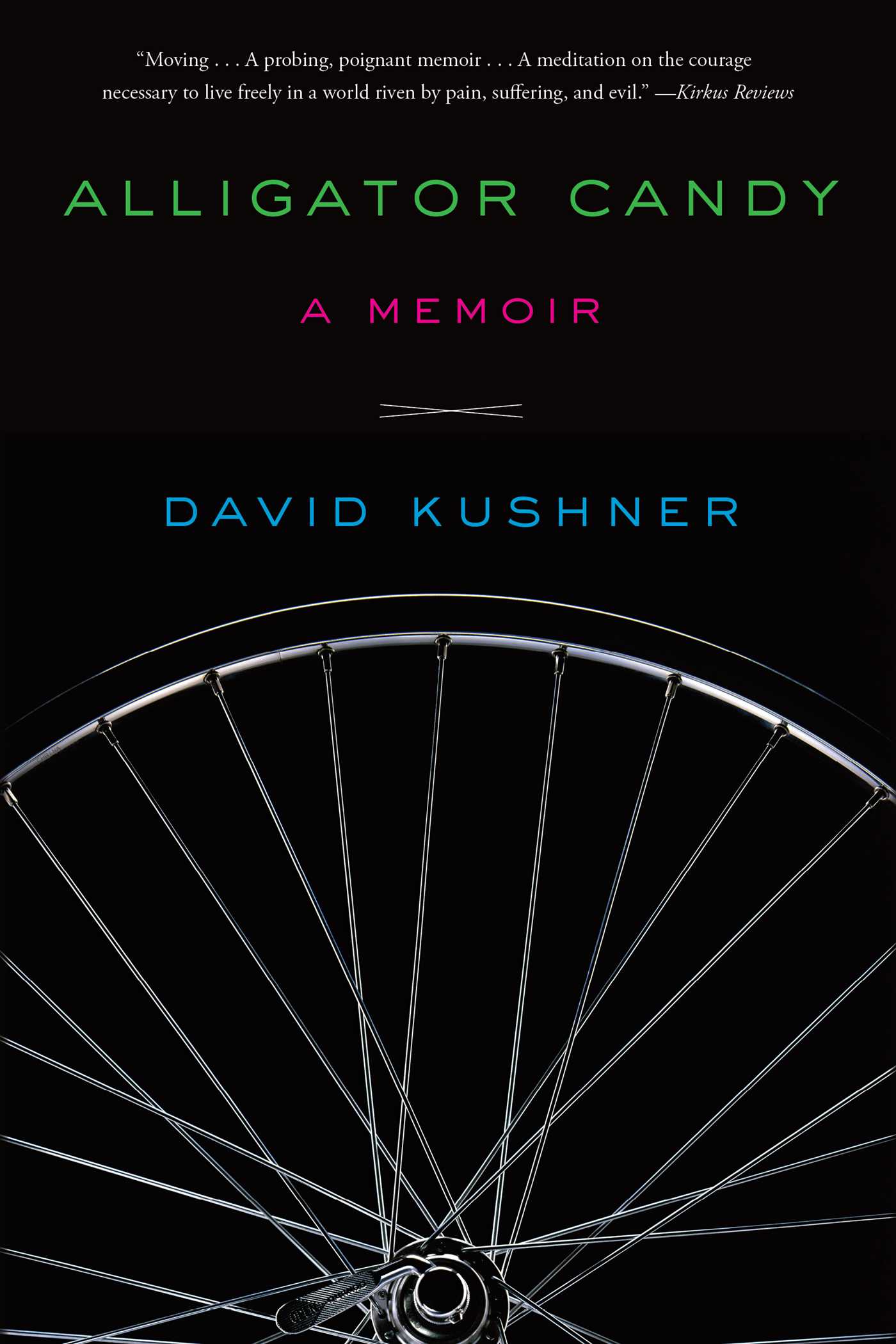 When he was four years old, journalist and writer David Kushner’s older brother Jon took off on his bike, riding through the woods of their neighborhood in Tampa, Florida en route to the 7-11, on a quest for candy. Before he left, David asked him to bring him the titular ‘alligator candy’, actually Snappy Gator Gum. Jon didn’t come home, and after a hellish week of uncertainty, one of Jon’s killers confessed to his wife, and the ugly truth began to seep out.

It felt like being cast in a Grimm’s fairy tale made real: a boy went into the woods where he met monsters and never returned. But pages of my book were torn and missing.

Jon’s abduction and killing in 1973 preceded what became a disturbing wave of child abductions and murders in the United States, with some cases, like that of Etan Patz in the busy SoHo neighborhood of Manhattan, still making headlines today.

In part due to his young age when Jon disappeared, David didn’t know the whole story of his brother’s disappearance and death, all the “gory details”, as he puts it, until much later in his life. Then, beginning with a day combing the microfilms in the local library, he embarks on his career in journalism.

Later, with this journalist’s eye, he goes further: sifting through the police reports, old newspapers, family documents and diaries, and most confusingly, the memories, of that time and allowing himself to learn the truth.

“The walls began to fade to black, trees grew up from the ground around me, and I was there, watching my brother’s murder unfold.”

It’s understandably harrowing – as he mentions, in not knowing everything, there is some peace of mind. There’s still hope and possibility. Once you know, without any room for alternative,you have to live with the truth, painful as it may be.

This is a difficult read. I read and watch plenty of true crime, and even considering some accompanying numbness from that I was incredibly disturbed and upset by the details of Jon’s murder. I think there should at least be a fair warning that this is a tough one.

Kushner does an admirable service in processing grief. His parents were monumental in this as well. They showed him how they did it – by taking refuge and solace in a supportive community, letting those around them boost them back up when they fell. Throughout his explorations, Kushner emphasizes this.

“I was isolated by my grief for many reasons – my age, the circumstances, the mystery – but I had come to see how everyone is isolated by grief; how grief sends you spiraling inside yourself and how only you can find a way out. And the way out, as my parents discovered, was by finding support and community in other people.”

This spoke to me – he talks about the universality of grief, that we all experience loss and separation in some form, death being only one catalyst of grief. No one will remain untouched by grief in a lifetime, even when other experiences or life events fail to become common to every one of us. And yet grief remains such a painful, isolating experience, that so few know how to handle or soothe effectively. His simple offering of a solution is what his parents and family discovered: community. Lean on others.

Memory and its fallibility is also a central theme. As Kushner analyzes the official details of what happened, he’s often at odds with what his memory has told him was true. One of the most sticking details is that alligator candy. Kushner thinks that his brother only went to the 7-11 because he asked him to get it for him, leading to the excruciating guilt of a lifetime of what ifs. “One day I drew a picture of dark woods with an owl and the words Don’t Go.”

The role that the candy ultimately played in his brother’s case goes to show that we can never be sure of the effect of our actions and choices, so it’s not the place to let worried thoughts dwell.

Someone has to speak for the dead. A huge cop with a crew cut came up to me with tears in his eyes and said that he, too, has to go to parole hearings to speak for his murdered brother. It knocked me out: to connect with this guy at this moment in this place, to connect with all these people around me who rallied together on my brother’s behalf, just as the people of Tampa had joined hands to search the woods by the 7-Eleven.

At times, the language is somewhat simplistic and ideas and themes repeat themselves as the author works through experience via memory and fact. There is a childishness to the thought process and recollections, as much of the story is recalled through a child’s facilities.

But ultimately, what could have been one of the hardest books I’ve ever read has an uplifting and realistic message in terms of grief and its processing and place in our lives. I was grateful for that, and to Kushner for allowing us to learn something from this event that has shadowed him and his family for most of his life.