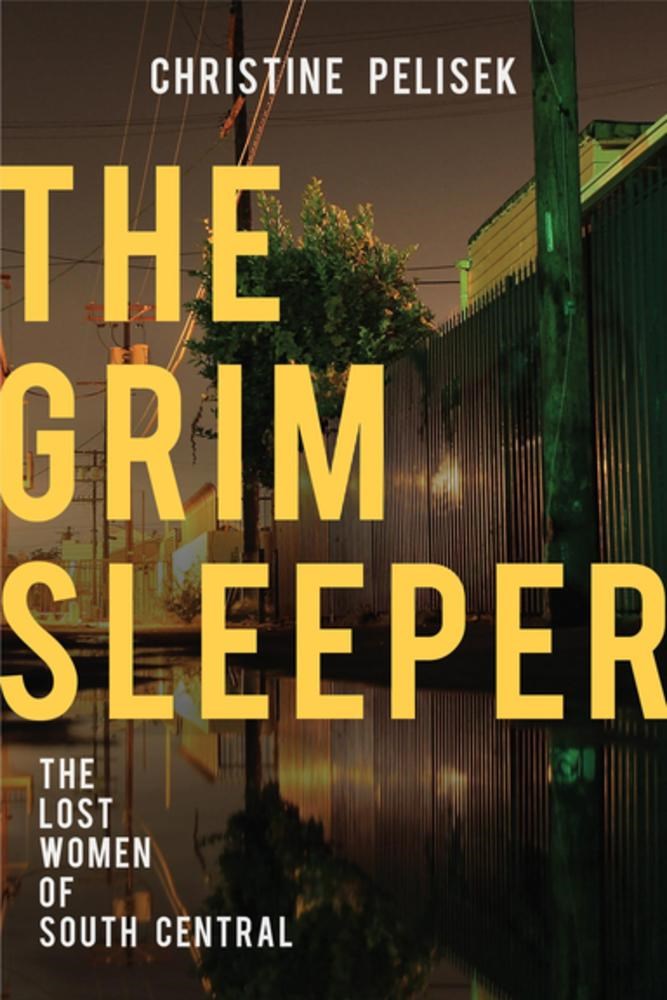 I noticed Christine Pelisek while watching episodes of true crime series People Magazine Investigates. Formerly a reporter for LA Weekly, she now covers crime for People magazine (and looks like a non-terrifying version of weird fashion goblin Rachel Zoe, which is why I always notice her on the show.)

I remembered this case both from the news at the time of the murderer’s arrest, but more hauntingly, because after the perpetrator was caught, police found dozens of Polaroids he’d taken of women who remain unidentified. It’s unclear whether they’re sleeping, injured, or dead. That stuck with me, how could it not?

Pelisek made a name for herself as an investigative reporter by doggedly pursuing justice for the victims, families, and general public of South Central Los Angeles affected by the serial killer she dubbed the Grim Sleeper, a nod to his seeming fourteen year lull between murders. Eventually she covered the trials and testimonies during her ten years of dedication to bringing this serial killer to justice.

“Although the story I uncovered is one of grief and loss and justice and poverty and race and the plight of poor neighborhoods, at the heart of it are the lost women of South Central. These women, society’s most vulnerable, were the collateral damage, easy pickings…this is their story.”

Through her connection to Ed Winter, an often reluctant contact at the coroner’s office, and her own sheer tenacity, Pelisek was able to pursue leads and stay on top of the case’s developments in real time, creating networks and links. She also did the requisite door pounding, tracking down friends and family of the victims to find out more about their lives, habits, and connections. This is what she emphasizes in the book – the victims’ stories, giving them some voice and identity in history where they might otherwise be filed under the labels of prostitutes and drug addicts.

The Grim Sleeper targeted young, black, drug-addicted women in the South Central area, usually plucked from the streets, some working as prostitutes but others not. They were found in the neighborhood’s alleys and dumpsters, half-covered with trash and old mattresses, clothes askew, usually shot once or twice in the chest area.

The major break finally came in 2008, when California governor Jerry Brown approved a controversial procedure permitting familial DNA testing. With this, a DNA search could be expanded to include a close relative of a suspect if the already commonly used search of felon DNA databases failed to provide a match. This could result in locating potential suspects that share close familial DNA, like siblings, cousins, or uncles. The search is controversial, criticized for those it disproportionately targets, but is allowed in cases involving sexual assault and homicide.

An LAPD sex crimes detective designed a database of registered sex offenders that could be searched for ones matching what was known of the Grim Sleeper’s profile. They could be narrowed down further by who had avoided the mandatory DNA test.

The DNA of his son, Christopher, led investigators to Lonnie Franklin, Jr., a longtime South Central resident whose house was at the epicenter of most of the murders. A garbage collector and stolen car stripper, he was also a former U.S. army private once stationed in Stuttgart, Germany, where he participated in a gang rape assault on a teenager. This case and his army discharge are recounted, and it’s chilling to consider how this event must have influenced his future crimes.

Race is a major element of this story and case, with many of the victims’ families feeling that if the women had been white, the wheels of justice would’ve turned much quicker. Judge Kathleen Kennedy rejects that theory, explaining that at least for the trial aspect, a case where the death penalty is on the line always moves slower.

That doesn’t explain why it took so long to find Franklin in the first place, especially since he was already under police observation for his stolen car dealings, but I suspect much had to do with exactly what Pelisek portrays: these women were lost to the streets and the burgeoning drug epidemic of that city at that time, often disconnected from loved ones, fading in and out of the lives of their straight-living friends and relatives. With no judgment about their addictions and lifestyle, that makes it very hard to pin down concrete information about their whereabouts, including even their appearances for identification.

And many of the law enforcement operatives at least come across as incredibly dedicated. I remember on the episode depicting this case, similarly told here, the method undercover detectives used to finally obtain discarded DNA from Franklin to confirm their suspicions was amazing; a scene out of fiction.

Pelisek is thorough, meticulous, and sensitive, wanting to let the victims’ lives speak for them after their deaths. Through interviews with their families, she shows the promise they began with, often the troubles they overcame, and ultimately the hold that drugs, especially crack as it overtook 1980s Los Angeles, had over them.

I especially liked the development of her friendship with Enietra Washington, one of maybe two known surviving victims of Franklin’s. Washington at first was annoyed and dismissive of Pelisek’s attempts to meet and interview her, but eventually relents and insists Pelisek accompany her to church and soul food restaurants, folding her into her personal community.

Pelisek humanizes these women and their grieving, long-suffering families, even if the details of their lives are so sadly similar that all the women blend together. She has a straightforward, reporter’s writing style, so although drawing comparisons to Robert Kolker’s Lost Girls about the victims of the Long Island Serial Killer, that book is written in a novelistic, narrative nonfiction style.

But Pelisek tells important stories about victims who deserve them to be told. Her research and descriptions of the climate of gang violence, drugs and poverty in South Central L.A. at the time are also crucial in understanding much about what happened. This is a worthy testament to the victims and families who deserve a voice and a place in this history.

I’ve included affiliate links from Book Depository. It means I get a small commission if you buy a book via these links. I’m never paid to promote or review any title.

One thought on “Victims of South Central”