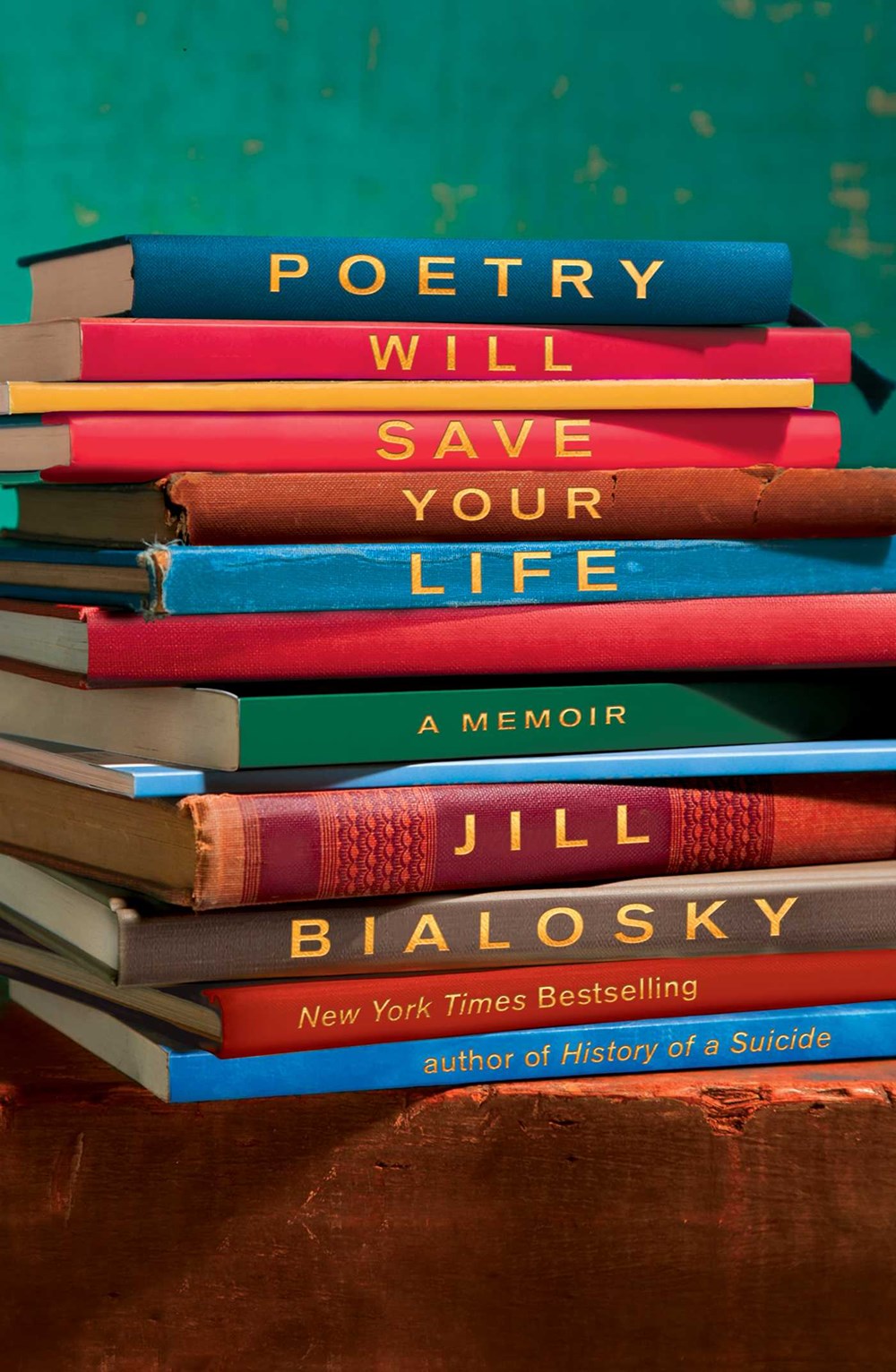 Book review: Poetry Will Save Your Life, by Jill Bialosky

“All poems become, to a certain degree, personal to a reader.”

Poet, editor, and novelist Jill Bialosky writes a memoir structured around the poems that have helped her through life, imbuing it with deeper meaning and giving subtle guidance and reassurances through turmoil and joy. Sometimes they act as markers, anchoring her memory to a place or event.

She’s had some significant bumps in life, including her sister’s suicide, the topic of her previous memoir, History of a Suicide: My Sister’s Unfinished Life. She touches on that topic again here, plus others including childhood ups and downs, her mother’s troubled relationships, the death of a childhood friend, and her struggles and celebrations regarding motherhood.

“I felt, in a strange way, that poetry saved me from the less interesting, emptier life I’d have lived had I not discovered it.”

It’s not all so dark, there are many light and happy moments, and poetry for those too. Each chapter is a short memoir piece about an event or incidence in her life with an accompanying poem that she’s come to associate with it. Interspersed throughout are some background details about the poets and their lives and work, sometimes tied into Bialosky’s related life events.

A few excellent quotes from the poets are excerpted, discussing their work and its intended meaning, or what they perceive poetry as being capable of doing. The distilled wisdom and musings of these figures were highlights.

All poetry is politics, she argues convincingly with the help of other poetic voices, and it’s emotion and a lens to understand your world and the world at large. “Robert Frost wrote that ‘poetry is when an emotion has found its thought and the thought has found words.'”

My favorite excerpted quote here: “When asked in an interview why she writes poems, Sharon Olds said, ‘You know when you have something that you long to say to someone, and you could never say it to them, to their face? Then here’s a place where you could speak.'”

The strongest chapter for me was the one centered around Adam Zagajewski’s “Try to Praise the Mutilated World”, which was published in The New Yorker thirteen days after the September 11th attacks. A poem inspired by the postwar ruins of Ukrainian villages in Poland, their populations forcibly deported, it was written two years before 9/11 and, as Bialosky notes, it’s “eerily prescient and prophetic”.

Bialosky recalls how people posted those New Yorker pages with the poem on bulletin boards and refrigerators, as a reminder of something bringing us together. It was such a shining example of what Bialosky spends the whole book explaining, along with sensitive examples from her own experience living and working in New York City that infamous day. Poetry is a phenomenon in how it helps us make sense of the world, and how it can bond and bring us together in desperate times. It’s a powerful piece of memoir.

“Perhaps this is finally the very heart of what poetry can do and be. It gives shape to those empty spaces within us that we have no words for until we find them in a poem.”

The concept is fantastic. I love what she’s trying to do in this kind of bibliomemoir, sharing the signposts specific poems have been throughout one life.

Sometimes the points made become repetitive, and other sections feel like classroom lectures on the poem structure and what lofty meaning can be extracted. Bialosky’s own interpretations and applications were mostly thoughtful and interesting, but the standard repetitions of literary form and textbook-like iterations of what something is intended to mean were too dull for a memoir meant to be personal.

I found some of the poems highlighted disappointing; we’ve read them a hundred times before in English classes and they’re too broad, too ingrained in the mainstream canon to feel like they have deep personal symbolism. That’s why the Zagajewski piece struck such a chord – it’s so connected on both the personal and public memory levels, it’s contemporary and linguistically striking. It has something special and completely fresh that a Shakespeare sonnet or Wordsworth’s “Daffodils” (also here) just can’t have.

I know they’re her personal selections, so maybe labeling them disappointing is unfair, but it was my reaction. There’s nothing new to be said about Shakespearean sonnets or “Daffodils”. Maybe that’s doubly unfair too, because other older classics like Robert Frost’s “Stopping By Woods on a Snowy Evening” hold personal associations and meaning for me too, so that inclusion didn’t bother me. It felt like sometimes she didn’t make her case and that’s harder to do with such recognizable classics, I suppose.

I think the intent was to help readers develop a sense of what’s unique about poetry as literary art form, how its structure can have a musical quality, setting it apart from other literature. Or to show how each poem is an artwork with a special potential to imbue meaning into one’s own life.

And it feels like it could be a book to help non-poetry lovers discover what deep personal meaning can exist in poems. But some attempts were too dry with too much literary lecturing. A nice poetic twist on bibliomemoir though, with some standout chapters.

Poetry Will Save Your Life: A Memoir
by Jill Bialosky
published July 11, 2017 by Atria Books (Simon & Schuster)

2 thoughts on “The Life-Saving Magic of Poetry”