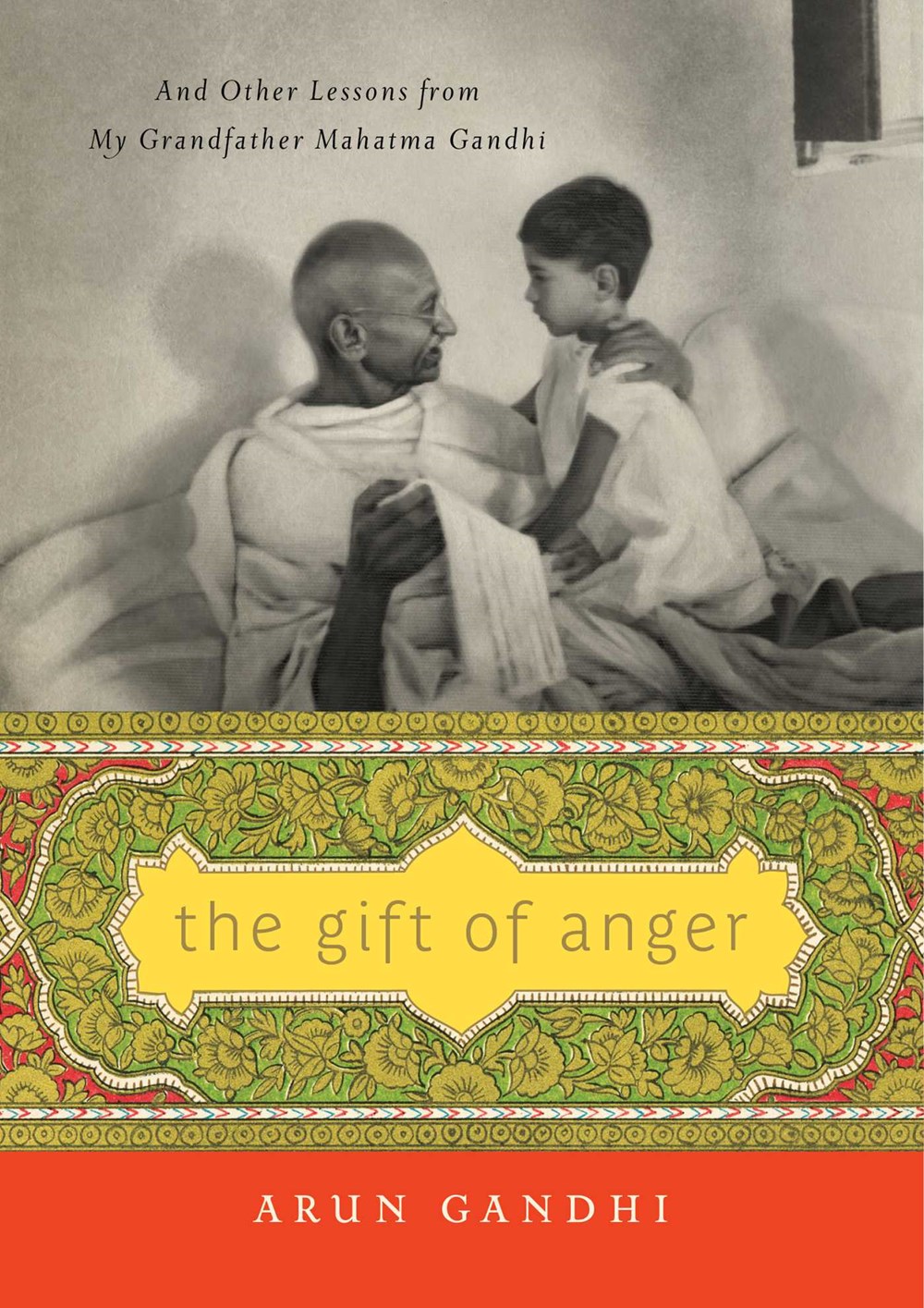 Bapuji often had a spinning wheel at his side, and I like to think of his life as a golden thread of stories and lessons that continue to weave in and out through the generations, making a stronger fabric for all our lives. Many people now know my grandfather only from the movies, or they remember that he started the nonviolence movements that eventually came to the United States and helped bring about civil rights. But I knew him as a warm, loving grandfather who looked for the best in me – and so brought it out. He inspired me and so many others to be better than we ever imagined we could be.

Former Times of India journalist Arun Gandhi is the fifth grandson of Mohandas Karamchand Gandhi, better known to the world as Mahatma Gandhi, and to Arun as his beloved “bapuji”. He’s written about his relationship with his grandfather before, especially for children, and recently released a short volume of stories incorporating his grandfather’s lessons and beliefs, especially those Arun learned during two years spent alongside him at Sevagram, Gandhi’s ashram.

There he was made to do chores and eat simple food with the community’s members, with no exceptions made for being Gandhi’s grandson. That bothered him at first, until he came to understand the underlying lesson of equality. It was the first of many life lessons his grandfather would impart.

He shares ten of those life lessons in this book, remembering the simple but powerful examples Gandhi made of everyday situations and problems to impress their importance on him.

I picked this up because of the title. As much as I respect and admire Gandhi, I’ve never been interested in eastern philosophy, religion or spirituality, so I tend to avoid anything related to such topics. Does that sound ignorant or closed-minded? I don’t mean it to. I avoid all religious topics except for when people go nuts with it. So normally I would have bypassed this book, but for self-absorbed reasons, the title stood out.

I’ve been unusually angry lately about a nightmare client I’m working with, to the point that sometimes I start trembling when I think about her behavior during our interactions. She’s rude, pretentious, arrogant and aggressively intransigent. I know I have to deal with my anger about it, at least to survive the extent of our collaboration without flipping a table and launching an expletive-laden rant so she knows how I really feel about her and her big bag of bullshit. I figured I could use some Gandhi in my life right now.

Anger is the theme of the book’s first essay, and like with all subsequent ones covered here, Gandhi didn’t really offer earth-shattering ideas. His truths are quite simple but clear, and because of their simplicity and basic tenets, they make a lot of sense, common or otherwise.

My grandfather was not a fiery orator, and he didn’t have an army or organized political party behind him. But he drew the support of tens of thousands of marchers and millions more supporters who sensed that he would speak only the deepest truths to them. He was motivated by honesty and deep belief. That is very hard to resist.

There’s definitely something calming about reading how he viewed and approached problems, and it’s impossible not to see your own as positively minuscule after reading of the issues Gandhi tackled. Of course I knew that already, I’m not so self-absorbed, but Arun’s storytelling sure puts things into powerful perspective. Here’s how he encouraged turning anger into a positive force to Arun:

I am glad to see you can be moved to anger. Anger is good. I get angry all the time,” he confessed…I could not believe what I was hearing. “I have never seen you angry,” I replied. “Because I have learned to use my anger for good,” he explained. “Anger to people is like gas to the automobile – it fuels you to move forward and get to a better place. Without it, we would not be motivated to rise to a challenge.

Gandhi loved analogies, and he was slick with them. Another for anger: “When we channel electricity intelligently, we can use it to improve our life, but if we abuse it, we could die. So as with electricity, we must learn to use anger wisely for the good of humanity.”

Hard to argue with; helpful to turn over in your mind.

Many stories relate to current events issues, those plaguing many minds today, of the direction world politics is taking. It was surprisingly helpful to apply Gandhi’s ways of thinking to these inflammatory issues and behaviors, to think about them in those terms. It’s safe to say Gandhi would not have been a Trump supporter, as Arun calls out Trump once by name and multiple times by tactics:

“Those who display meanness and a berating style on the playground, in business, or in political campaigns are usually the weakest and most insecure.”

Like I said, these are simple, known truths but sometimes that’s what you need to hear. We could all use some reminding of these once in awhile. This book is a kind of refresher on how to treat each other and how to respond and react to injustice and bad behavior ourselves, while maintaining basic goodness and civility.

It’s hard not to feel humbled remembering what Gandhi was up against in his lifetime. Writing after an awful racist incident he experienced on a train, he said, “It has always been a mystery to me how men can feel themselves honored by the humiliation of their fellow beings.” It still is a mystery to many, but he set phenomenal examples for facing adversity with dignity and grace.

“Some people now revere him as a saint, but he didn’t see himself that way at all. He tried hard to project himself as an ordinary person with ordinary failings who transformed himself in the same way that everybody can: by hard work and caring. When I was with him at the ashram, he made me promise that I would strive every day to be better than I was the day before. Once you have that goal in mind, it sticks with you.”

It doesn’t come across self-helpy, which as a non-fan of self-help books I appreciated. Wonderfully simple, wise truths told with sweetly personal perspectives and geared toward modern, everyday troubles and topics, from a figure we all could learn something from.

The Gift of Anger:
And Other Lessons From my Grandfather Mahatma Gandhi
by Arun Gandhi
published April 25, 2017 by Gallery/Jeter Publishing (Simon & Schuster)

3 thoughts on “Anger As Illumination and Other Gandhi Wisdoms”