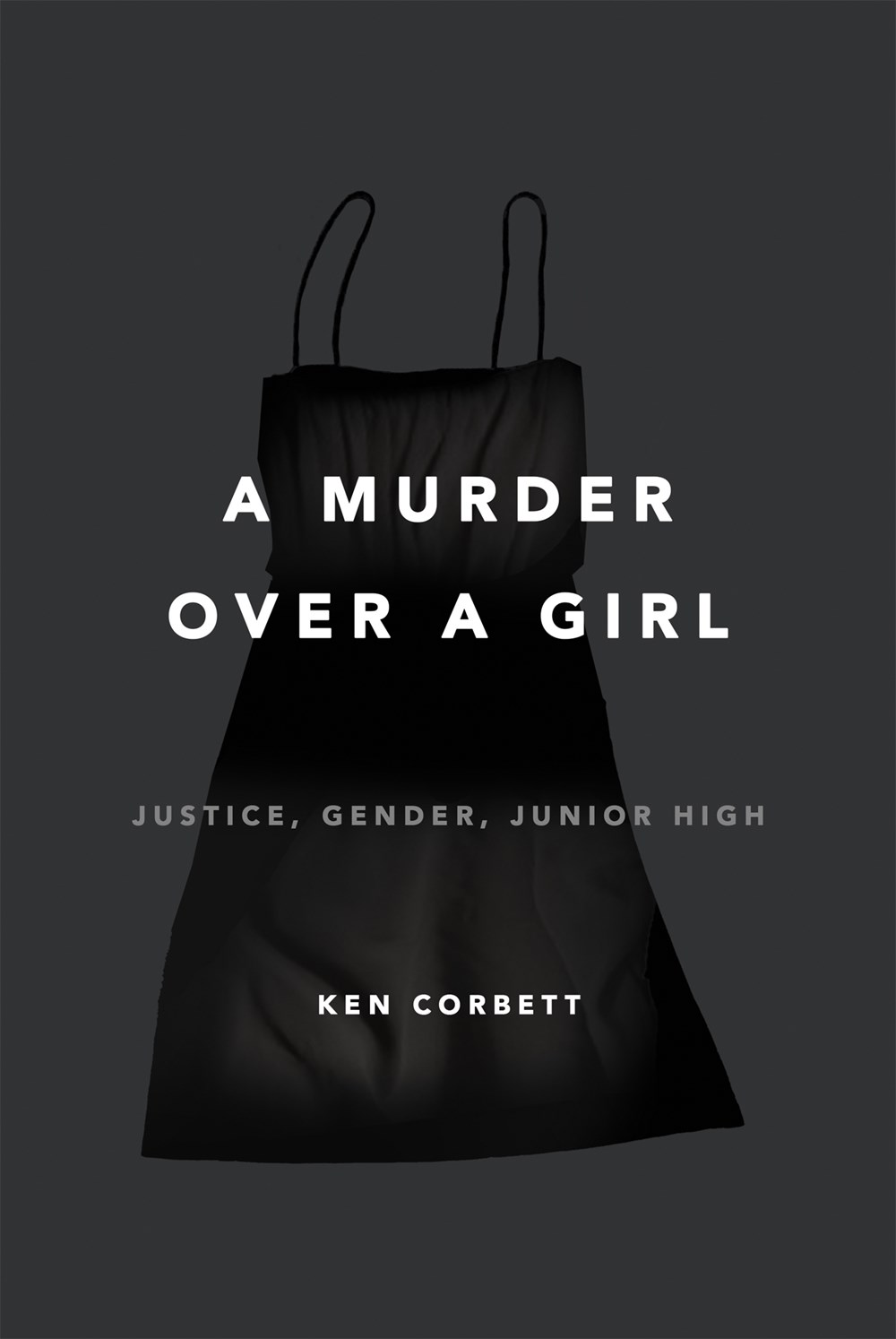 Book review: A Murder Over a Girl, by Ken Corbett

Psychologist and professor Ken Corbett exhaustively covered the trial of Brandon McInerney, who at age fourteen, executed a classmate, Larry King (not THAT one.) Supposedly because King, who was gay and beginning to express himself in ways that indicate he was probably transgender, was sexually harassing him.

The case in Oxnard, California made national headlines when Larry was killed in February 2008, after Ellen DeGeneres tearfully described his murder and its connection to his sexuality on her show. But the truth of what happened went much deeper and darker than Ellen or the public was aware at the time.

Corbett wrote this book, partly a true crime account centered around Brandon’s trial, and partially memoir of how strongly the case and its discrimination, misunderstandings, and injustices affected him. That’s entirely understandable – it’s hard not to get very worked up and angry, especially confronted with the wealth of detail Corbett relates. But he’s too present in the story, and his meandering descriptions don’t add much to the narrative.

Long stretches of the book are verbatim dialogue from the courtroom interspersed with descriptions of the scene and actions. I don’t like reading very much of that; I think some direct courtroom scenes can be powerful but not when they’re SO plentiful.

Another big drawback was that so many lines were completely overwritten, making them uncomfortably, sometimes inappropriately dramatic (and I don’t mean anything against the social topic, which is horrifying and worthy of attention and analysis), but there were so many instances of purple prose. If the writing is melodramatic enough that, despite my interest in and anger about the case, I sometimes feel I won’t be able to finish it, that’s too far.

Example, describing Brandon playing violent video games: “Blood pixilated. Did it stain his eyes? Or did it bleed into the dull pulse of rumination, as murder’s plan looped?” Wha…what? Or one that drove me crazy, a description of children who “squabbled in” to their classroom. That’s not how to use that word, and it doesn’t paint the scene any more descriptively by using it unconventionally. This kind of stuff happened over and over in the sections the author wrote creatively as opposed to courtroom notes.

My major qualms with the writing aside (and I feel I have to explain them because they detracted from the book and this crucially important topic so much for me) the murder and the trial are insane. More than anything, I felt angry about what I learned here, and I can’t imagine a reasonable person feeling otherwise.

“Mr. Wippert [Brandon’s defense attorney] maintained that Larry’s feminine life constituted sexual harassment sufficient to provoke Brandon to commit voluntary manslaughter. In particular, Mr. Wippert charged that it was the ways in which Larry set about to look and behave like a sexually curious and desiring girl that had brought on the crime.”

Classic victim blaming at its finest.

One of the most disappointing elements were the teachers at E.O. Green, the junior high the boys attended. Teachers and administrators repeatedly failed Larry, who mere days before his death had begun stating that he wanted to be called Leticia, by encouraging him to stay in the closet and trying to punish him for wearing traditionally female accessories. Very little effort was made to accept him for who he was, more effort was made to side with and protect his bullies, and even after his horrific, heartless murder he was criticized for his perceived flamboyance and refusal to adhere to heteronormative appearances and structures. It’s so blood-boilingly gross and reprehensible that I wanted to scream when reading statements these teachers made on the witness stand.

“Gender, sexuality, and race were matters of discipline, not education,” Corbett summarizes this reprehensible behavior and response. The teachers file grievances against a school administrator, who happens to be a lesbian, and who called for empathy and teaching tolerance for the students’ confusion and bullying over Larry’s nascent forays into gender exploration. They claimed she was trying to push a “gay agenda.” This toxic atmosphere and attitude certainly allowed the kind of rage to foment that led to Larry’s murder. How could it not.

One of the teachers who most seemed to understand Larry, even gifting him a prom dress of her daughter’s (which he seemed to adore) told the court that she didn’t think doodling swastikas something worth reporting to administrators, because “they’re cool little symbols” that are “all over the place.” Just no.

I don’t want to harp on this teacher too much though, because she was traumatized after Larry’s death, received no support from the school, and seemed to genuinely care about Larry’s wellbeing and helping him become comfortable in his own skin. But it’s proof that even the good guys in this story had strange, incomprehensible beliefs. Compare her response to laws in Germany and Austria, where swastikas are illegal to depict except in educational (like museum) circumstances.

This came about because one detective was of the opinion that Brandon’s actions and beliefs were linked to local white supremacy groups (Larry was half black.) He argued extensively with Brandon’s defense about this, hence the examination of Brandon’s notebook doodles.

Corbett reminds the reader that even now, we’re of a very different mindset nationally than what was the norm in 2008. Transgender rights and acceptance have made immense strides since:

Laverne Cox, the statuesque transgender actress, had yet to appear on the cover of Time magazine, as she did in June 2014, heralding “The Transgender Tipping Point: America’s Next Civil Rights Frontier.” The president of the United States had yet to utter the word transgender, as Barack Obama did in January 2015 during his State of the Union address. Yet to make national headlines was seventeen-year-old Leelah Alcorn’s suicide, linked in a note…to her feeling of despair around ever transitioning successfully and the oppression she faced as a transadolescent. Caitlyn Jenner [formerly Bruce Jenner]…had yet to go on national television and tell Diane Sawyer that he was a woman, as he did in April 2015 to an audience of 17 million. The US secretary of defense, Ashton Carter, had yet to announce that the Pentagon would lift its ban on open service by transgender troops, as he did in July 2015.”

I thought this fitting to post now because as we know, that last line is no longer true but we’re fighting for it to be true again.

The Kings, Larry’s adoptive parents, spoke at Brandon’s sentencing, and although they are also at times questionable in their behaviors and ideas, Larry’s father stated: “He [Brandon] subjected his own family to guilt, shame, and a profound level of remorse, emotions he has yet to display.”

That’s a nasty part of this story. Tried and convicted as an adult, years into his incarceration, Brandon refuses to speak, not even to express the slightest hint of remorse.

Fascinating, worthwhile topic and I recommend it for the importance of this social issue, to understand what injustices transgender people are casually subjected to, despite frustrating writing and distracting memoir aspect.