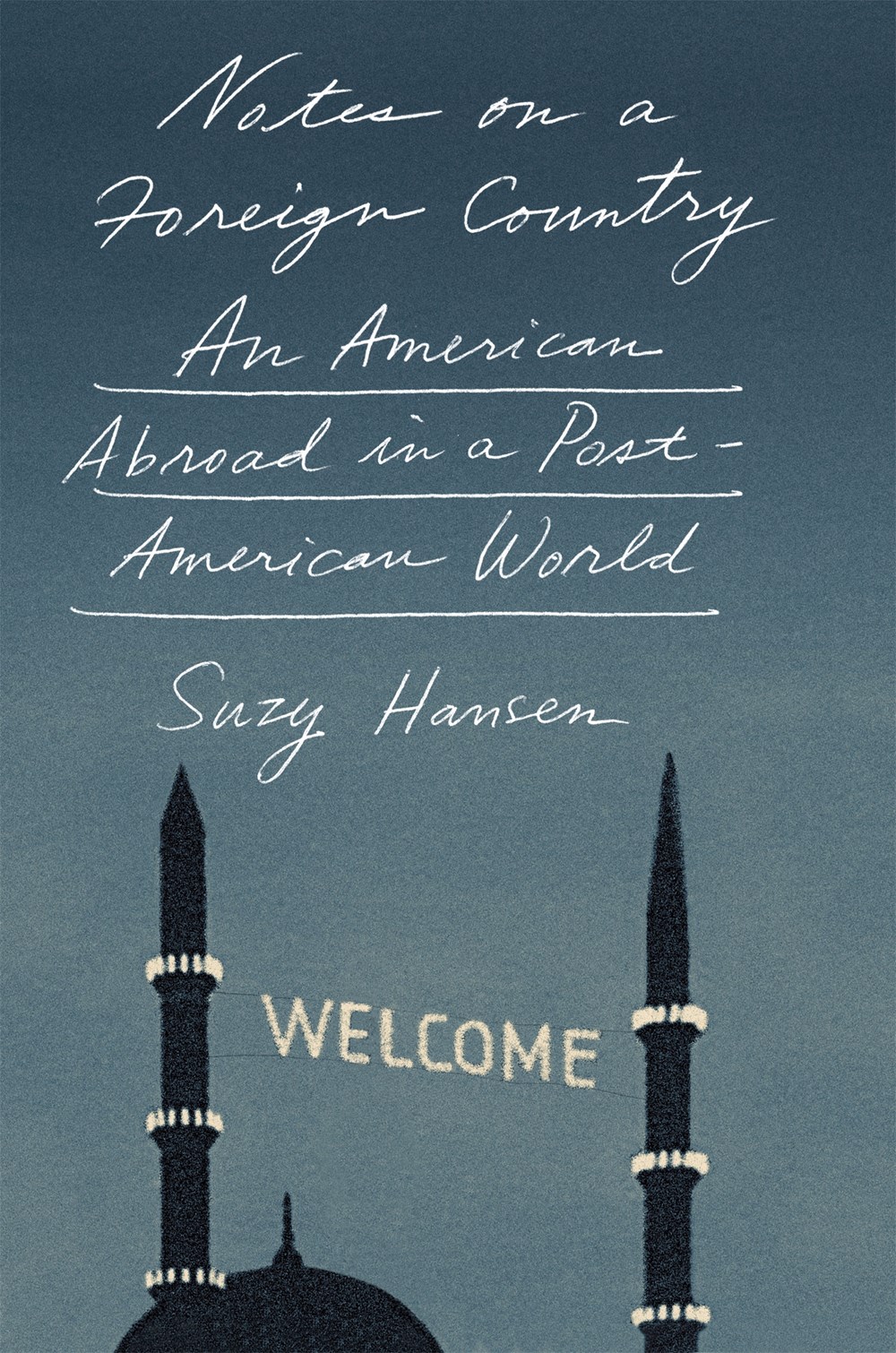 Book review: Notes on a Foreign Country, by Suzy Hansen

This is a book about an American living abroad in the era of American decline…As an American abroad now, [post-Iraq and Afghanistan wars] you do not have the same crazy, smiling confidence. You do not want to speak so loud. You feel always the vague risk of breaking something. In Turkey and elsewhere…I felt an almost physical sensation of intellectual and emotional discomfort, trying to understand a reality for which I had no historical or cultural understanding. I would go, as a journalist, to write a story about Turkey or Greece or Egypt or Afghanistan, and inevitably someone would tell me some part of our shared history – theirs with America – of which I knew nothing.

How does it feel to learn about your own country from the perspective of another? It’s not something a great number of Americans experience. Not like Europeans, for example, who move or at least travel to neighboring countries much more frequently than Americans tend to visit or live abroad.

But it’s such a valuable tool to have – this outsider perspective – to learn more about our own identities as Americans and what that means in a global context, what it has already meant historically. I stress that it’s especially important to Americans because we do tend to be somewhat isolated in our thinking, conditioned by decades of history where we’re always painted, no matter the methodology or military might, as the good guys.

Add that to a couple centuries’ worth of American exceptionalism, a recent surge in populism, and an extreme swing towards nationalism, and it can be a dangerous viewpoint if not tempered by outside perspectives.

New York Times Magazine journalist Suzy Hansen has lived in Istanbul for close to a decade. She moved there after winning a grant covering two years of living in and writing about Turkey, then stayed on. She was inspired to apply after seeing a documentary about James Baldwin, who confessed he felt “more comfortable as a black, gay man there than Paris or New York.”

She was astounded by that and needed to understand it. “I couldn’t imagine how complex Istanbul could be. I now knew almost all of my perceptions of the ‘East’ had been muddled not only by ignorance but by deeply buried, unconscious assumptions over which I once had no control.”

The narrative weaves together many elements – Hansen’s decisions for choosing to depart New York for Istanbul, her comparative observations of these two cities, having her beliefs and understandings of global politics challenged and refined, some travelogue with journalistic intent, and research and interviews intended to shed light on America’s influence on the Middle East and its current perception amongst the region’s population.

She’s remarkably well-read, and interweaves writings and observations of authors who have traveled the same paths, learning the same lessons in generations before her. Baldwin, her inspiration for the journey, and Orhan Pamuk are heavily represented, and their writing and opinions provide excellent background to her own observations.

The book started out unbelievably strong. I was completely taken with Hansen’s captivating writing and ability to capture a sense of place and the restlessness that often leads to moving far away. She also has an enviable talent of being able to distill complicated, sprawling histories and political events into easily readable format, so as a sort of crash course in Middle Eastern politics with a Turkish bent, this is a great primer.

However, the greater history of the region and both Turkey’s and America’s roles therein is more complicated and complex than can be presented here. There were also times that the descriptions of historical happenings slipped too far into informationally dense, history textbook-sounding territory, and I found my interest wandering. That’s understandable, given the topic’s complexity, but also frustrating since she’s capable of such smooth, accessible writing.

Lest it seem it’s all serious subject matter and tsk-tsking at American unawareness, Hansen employs a wonderful sense of humor when it’s most needed, like in this moment of describing the ubiquitous photos of Atatürk, that great modernizer, throughout Istanbul as looking like “Dracula, other times Kevin Kline.”

Or when she handles a heavy, needs-to-be-confronted subject with humor, honesty, even patience, like addressing America’s empire-building:

Rejecting the word ’empire’ had long been a way for Americans to avoid taking responsibility for acting like one, which was a habit embedded into the American character from the moment of its birth. Americans learn a folksy, even dorky version of American history. I remember the Puritans in their funny clothes, Plymouth Rock, drawings of the Pilgrims breaking corn with the Indians, George Washington sitting on a boat in some river. Those are a child’s memories, but the takeaway would be a romantic notion of struggle and discovery. From a distance, this history looks far different.

It’s a sanitized version too, I’d add. Living abroad exposes the dirt that’s been swept under the rug by the preferred, cleaned-up narrative.

American influence usually was not invoked with particular venom or outrage, but merely as a fact of history. Most foreigners were not emotional about it. The only person suddenly emotional was the American, me, because of course for the American nothing about this was matter-of-fact. Americans are surprised by the direct relationship between their country and foreign ones…it is impossible to understand a relationship if you are not aware you are in one.

There’s a lot of world out there beyond the boundaries of what many Americans consider, and this book ought to be required reading, period. I guess I wished it felt a little less critical of American norms. Or maybe it’s my own fault, and my own guilt at not learning things I should’ve until much later. I don’t want to criticize too much because I really believe in this importance, and this book is engaging and readable so I hope it reaches a wide audience to rattle some cages and better yet, opens some eyes.

Notes on a Foreign Country:
An American Abroad in a Post-American World
by Suzy Hansen
published August 15, 2017 by Farrar, Straus and Giroux

I received an advance copy from the publisher for review purposes.

One thought on “An American’s Ideas and Impressions From Istanbul”