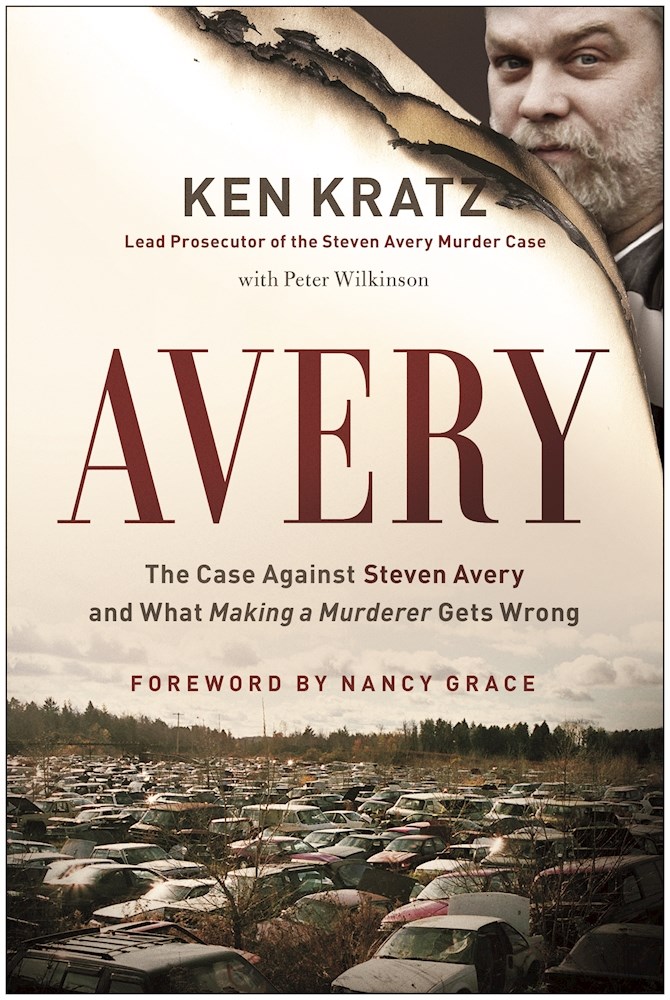 Grim and plain – that was the nature of these truths. They may not be as exciting as conspiracy theories, but they do have the virtue of being supported by facts.

Former Wisconsin special prosecutor Ken Kratz is kind of a sleazebag and he knows it. In 2010, his professional and personal lives unraveled over a reprehensible sexting incident: sending harassing messages to a domestic violence victim while on a cocktail of Vicodin, Ambien, and Xanax. He admits to being a narcissist with an unquenchable need for attention, a need that was satisfied with his involvement in the high-profile murder case against Steven Avery, which of course earned deeper scrutiny with Making a Murderer.

Kratz devotes a chapter to his fall from grace: the prices he’s paid and still pays for his behavior, and to some self-deprecation about it. His actions were disgusting and inexcusable regardless of substance use; something was already in his nature. Personal conduct absolutely can influence professional conduct, but in this case and for purposes of considering his arguments about it, in my opinion, Kratz’s personal lechery doesn’t have a strong bearing on this instance of prosecutorial conduct. (Although I’m thrilled that he no longer prosecutes.)

Like I’ve mentioned here a thousand times, I love true crime. The recent attention it’s gotten in various mediums (increased output of mainstream miniseries, podcasts, documentaries, etc.) in the last few years has provided so much to watch, read, and listen to. Naturally I delved into the popular Netflix series released in December 2015, Making a Murderer.

If you don’t already know this story, the gist is that Avery, a member of an extended clan from rural Mishicot and owner of his family’s auto salvage yard, was convicted of a rape, sketchy things transpired in the law enforcement involved, he served eighteen years until DNA evidence exonerated him, and upon his release, sued the Manitowoc County Sheriff’s Office for $36 million. A few years later, he’s arrested and convicted again, this time for allegedly raping and murdering photographer Teresa Halbach. His young nephew is seemingly railroaded into confessing his role as accomplice.

Like anyone with a heart, brain, and a sense of decency, I’m optimistic and enthusiastic about the potential these programs have to achieve social justice not only for victims and their families, but for anyone who’s been wrongfully accused or convicted and whose cases are getting new light shed on them.

Making a Murderer made me more uncomfortable than anything else, not because of facing what I thought was an injustice, but because I couldn’t shake the thought that Avery was guilty. I agree that there was misconduct in the extreme by law enforcement, but I couldn’t buy the theory that police were somehow, implausibly, responsible for killing Halbach on Avery’s property, setting him up. I do think they tampered with evidence to make it fit their narrative, and we unfortunately know this is sometimes done in order to secure convictions. I don’t agree with that at all, and I also don’t think his trial was entirely fair.

But I didn’t see any other alternative as to who might’ve been responsible if not Avery or police. Avery has a history of escalating violence against women and animals and threatening behavior. Halbach didn’t want to go to his salvage yard to take photos because he’d made her uncomfortable before, wearing only a towel at a previous appointment. That doesn’t a murderer make, but it also doesn’t mean he was a spotless innocent. I know my opinion of his guilt is the unpopular one here, but I’m openminded about it and wanted to hear all sides. (And to clarify, I absolutely think he was wrongfully convicted of rape in the ’80s.)

Now seemed a good time to post this review, since Avery’s request for a new trial was denied days ago.

As Kratz points out in this book, his rebuttal to the claims and evidence presented in the docuseries, there’s a wealth of DNA and forensic evidence indicating Avery’s guilt. There are two sides, sometimes even more, to any story.

Because of my general discomfort with this case, I ignored the book initially. I only picked it up to skim when bored with other reading and I realized it’d be quick to get through. It’s worth a read, whether or not you’re convinced of Avery’s guilt, innocence, or on the fence. Prosecution and law enforcement in this case should be allowed to defend themselves.

Kratz, disgraced as he’s inarguably been, has an opportunity here to set the record straight, and he does to some extent, but it’s too little too late. For a case that provided ten hours of TV, this short book wasn’t enough to change anyone’s mind who wasn’t already inclined that way. It did solidify some of my own casual thoughts about the case (again, I know people feel very strongly about Avery’s case, so I should mention I’m not deeply fascinated by it like I was with Serial or The Jinx, so I haven’t done much further research into it all.)

But he could’ve gone more in depth and should have, considering the villainous reputation he earned and is trying to debunk. He presents some instances of manipulated editing from the series, as well as explanations of some of the finer details of DNA evidence not covered on camera, and they do speak volumes.

He sets straight some elements of the case that are fairly fundamental and weren’t given an entirely transparent treatment in the documentary, like the issue of planted evidence and Avery’s alleged framing by police, conveniently coming before his payout over the wrongful conviction suit.

Avery himself had been talking about “planted evidence” on the news even before evidence linking him to the crime was found. His defense team spent months before the trial publicizing their client’s “frame-up” version of events. The jury knew all about these allegations without Avery ever having to testify. He never had to say one word, or be subject to cross-examination, or have the jury weigh the credibility of his testimony. His version of the story had been told on the news well before this case ever made it to the courtroom.

Kratz has a jokey way of addressing some of the defense’s points, intended to lighten the situation and highlight how crazy their theories were but the tone was annoying. I didn’t like his behavior in a separate trial of Avery’s nephew Brendan Dassey, a boy with learning difficulties who was also convicted of Halbach’s rape and murder. That was the worst part of the series for me. I didn’t buy his involvement and I was disappointed, though not surprised, at Kratz’s callousness describing Dassey’s role and punishment here. His conviction has since been overturned, but he remains in prison as they hash out the legalities of what were clearly coercive confession techniques by police.

Imagine signing up for a lifetime of bringing those who harm others to justice, and then being accused, wrongly, of conspiring to frame an innocent man for murder, and maybe even killing a young woman. Imagine living with these accusations, for which no proof is ever offered, for a quarter of your life. Imagine patrolling snowy Midwestern back roads, faithfully, anonymously, for decades, and then being featured as a bad guy in a television show seen by millions around the world, a show deemed worthy of Hollywood’s highest honors.

Kratz writes that about two of the Manitowoc policemen implicated in the defense’s accusations of framing Avery. And it’s certainly a heavy accusation to be saddled with, especially as he points out, Avery’s defense dogged prosecution and law enforcement with it since before the trial began.

The documentary was clear in its opinions, and the other side of the story deserved telling, but a better, more thorough one than this. The same could be said about the trials of those convicted.

Avery:
The Case Against Steven Avery and What ‘Making a Murderer’ Gets Wrong
by Ken Kratz with Peter Wilkinson
published February 21, 2017 by BenBella Books (Ingram Publishing)

I’ve included affiliate links from Book Depository, a great site offering free worldwide shipping.
It means I get a small commission, at no extra expense to you, if you buy via these links.
I’m never paid to promote or review any title.

4 thoughts on “Another Side of a Much-Discussed Story”