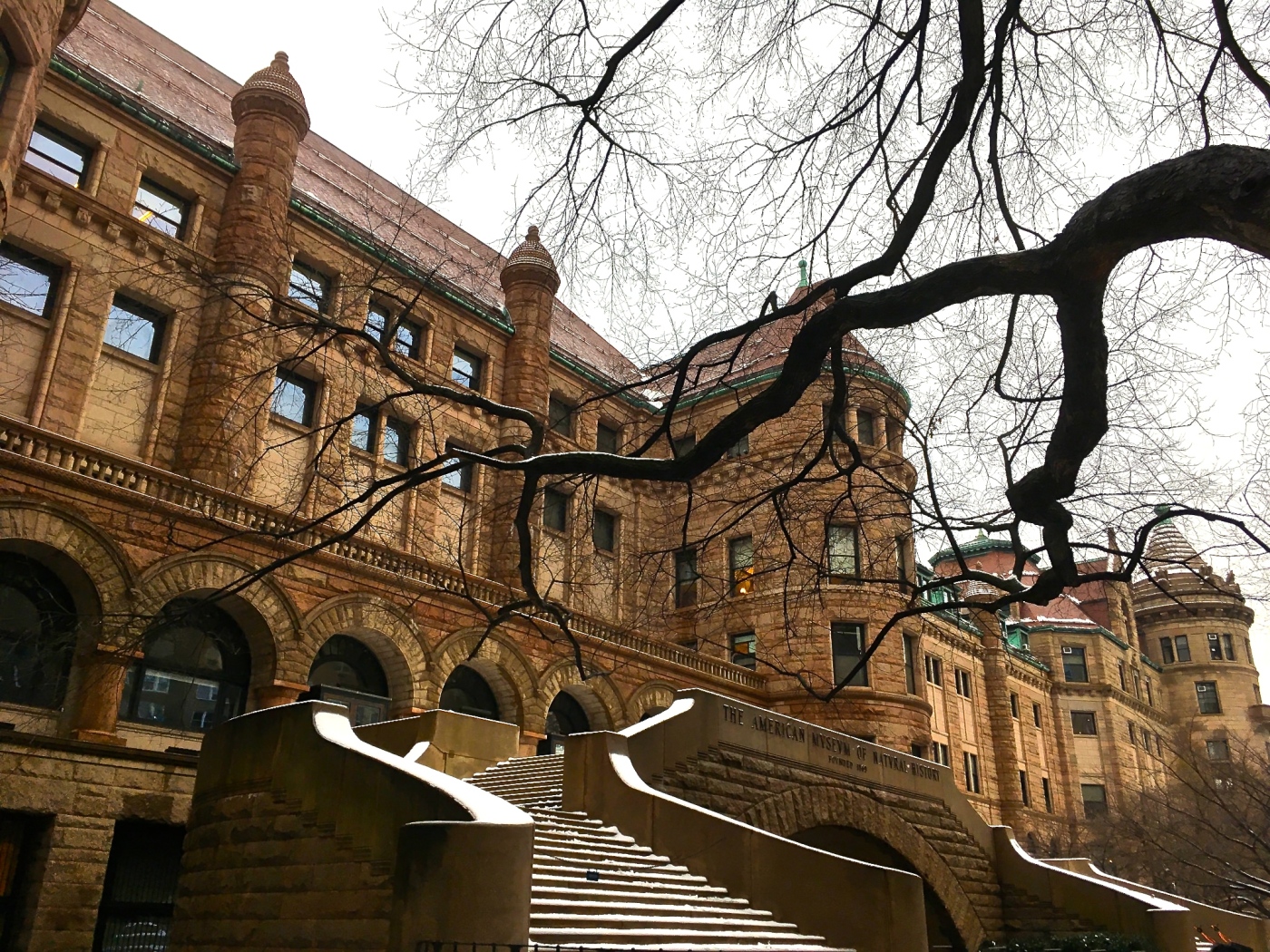 My photo of the American Museum of Natural History in New York. I don’t know why I took the picture from that angle with the tree barging in. It looks spooky.

Book review: Dinosaurs in the Attic: An Excursion into the American Museum of Natural History, by Douglas Preston (Amazon / Book Depository) 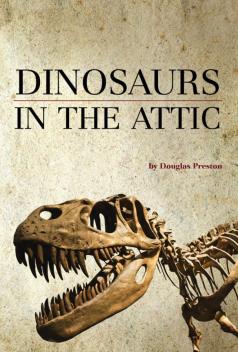 This magnificent granite pile, this Museum on the west side of Central Park, between two rivers, in the New World, holds between its walls perhaps the greatest single collection of natural and man-made things ever assembled. The only consistent criterion for including something in this collection has been whether it “meant” something.

Bestselling, prolific author Douglas Preston’s first book, 1986’s Dinosaurs in the Attic, seems like it gets overlooked amidst the many popular works, fiction and nonfiction (Lost City of the Monkey God looks like it’ll be one of the most lauded nonfiction titles this year), he’s published since.

This was also his first collaboration with his frequent co-author Lincoln Child. Child was an editor at St. Martin’s Press who asked Preston, then a columnist for Natural History magazine (he worked at the American Museum of Natural History in New York for seven years), to write a book about the museum, which Child would edit. The setting even laid the foundation for their first novel together, and some stories told here led to other novels. So it should also be of interest to anyone who follows his fiction.

I love the museum and I finally read this after being on my reading list far too long. I regret that I didn’t read it sooner. Specifically, before any visits, because I don’t think it’s possible to look at anything in the museum the same way again.

The first half, “The History,” is an adventurous narrative of how many of the spotlight (and outside the spotlight) pieces of the museum’s collection came to be there. These stories include the museum’s ambitious founding by Professor Albert Bickmore, a naturalist who without much money to begin with managed to bring the museum into being, and adventurous characters like famous dinosaur hunter Barnum Brown and Roy Chapman Andrews, rumored to be the model for Indiana Jones.

The second part, “The Grand Tour,” is an armchair tour through some of the museum’s collections. About his selections for both, Preston is candid:

I have been unashamedly guided by whim and prejudice. I am sure cries will be raised in the Museum about my blatant omission of one thing or another. There is nothing here about Margaret Mead, for example, perhaps the most famous curator in the Museum’s history. Nor is there much about the science of ichthyology, one of the important disciplines studied in the Museum. The chapter on birds is very short and does not do justice to the Museum’s seminal research in ornithology. On the other hand, I have devoted copious passages to insects, which I happen to find extremely interesting. Terribly important people in the Museum’s history, such as Theodore Roosevelt, have been neglected, while I have written pages about some of the most obscure characters imaginable—people like the freelance dinosaur hunter Charles Sternberg, whom almost no one has ever heard of.

There are a lot of insects here. But what he says above is what’s particularly incredible about this book. Even if you’ve visited 100 times, you can’t know everything, and you certainly can’t see everything – much of the museum’s collection isn’t even on display at any given time. Preston opens up the vaults and shines light on pieces and people and stories that have so much cultural, scientific or historical significance, but which don’t get center stage in the museum’s displays or common knowledge.

And he really picks incredible tales to tell: from the first discovery of a T. Rex skeleton and the larger-than-life personalities of the “dinosaur hunters”, to meteorites, fossils, Siberian native tribes, elaborate jewel heists, or how museum workers had to step in and assist with a cockroach infestation on the New York City buses, there’s just so much to learn here without ever feeling like you’re learning in a dry way.

One interesting element was dealing with ethical issues, obviously a huge topic in museum collecting. Some chapters go more in depth with this than others. The strangest was the work of Carl Akeley, whose goal was to preserve his beloved Africa and share it within the museum’s displays, but who nevertheless hunted and killed many animals, including large mammals like elephants and gorillas.

It seems strange to us today that Akeley would find no contradiction in shooting rare animals for inclusion in a hall, whose purpose was to preserve African wildlife for future generations. In truth, Akeley saw hundreds of rare animals being slaughtered by professional hunters and their wealthy clients. In addition, thousands of square miles of wilderness were being cleared and fenced for farmland and grazing. What could be wrong, he reasoned, with taking a few more for the noble purpose of the Museum’s African Hall, which would preserve the Africa he loved for future generations?

The answers aren’t always completely satisfying, but the insight is pretty fascinating.

I thought his writing on ethnology and indigenous cultures was particularly interesting, especially how Preston always has a way of connecting any local story to a much greater picture, like explaining the importance of myths:

Most artifacts can survive the extinction of a culture; pots, house foundations, knives, stonework, and burials will last for thousands of years. But myths…are the most delicate artifact of a culture, and the first to disappear in the face of cultural change. Boas believed that myths were the key to understanding a culture. Like the majority of artifacts, myths reveal influences, contacts, and ideas from other cultures. They also reveal, Boas believed, the way a culture organizes and makes sense of a complex world. Myths integrate—in one structure—the many traits of a culture.

For a book published thirty years ago, the stories told here still feel so revealing. And for history, especially a natural history, it’s fast-paced and entirely engrossing. It’s easy to see from such a start why Preston became such a popular author: his writing is a wonderful brand of storytelling, detail-rich and able to sweep you along.

Describing a “love letter” written by Siberian Yukaghir girls to Vladimir Jochelson, an ethnographer who’d camped with and studied them, Preston writes:

This birchbark love letter may seem to a casual visitor to be like any other obscure thing in the Museum. Its label copy gives little indication of the story behind it. And yet, like the love letter, each object in the Museum—just as in the world at large—carries with it a rich and secret lode of history, of information, and of meaning.

This is a treasure trove of history, culture, natural science, life, love, death, and everything in between, beautifully told and heaped with all-important meaning – one of those rare titles that deserves multiple readings, and does great justice to one of the world’s best museums and collections.
My rating: 4.5/5

Dinosaurs in the Attic:
An Excursion into the American Museum of Natural History
by Douglas Preston
published 1986