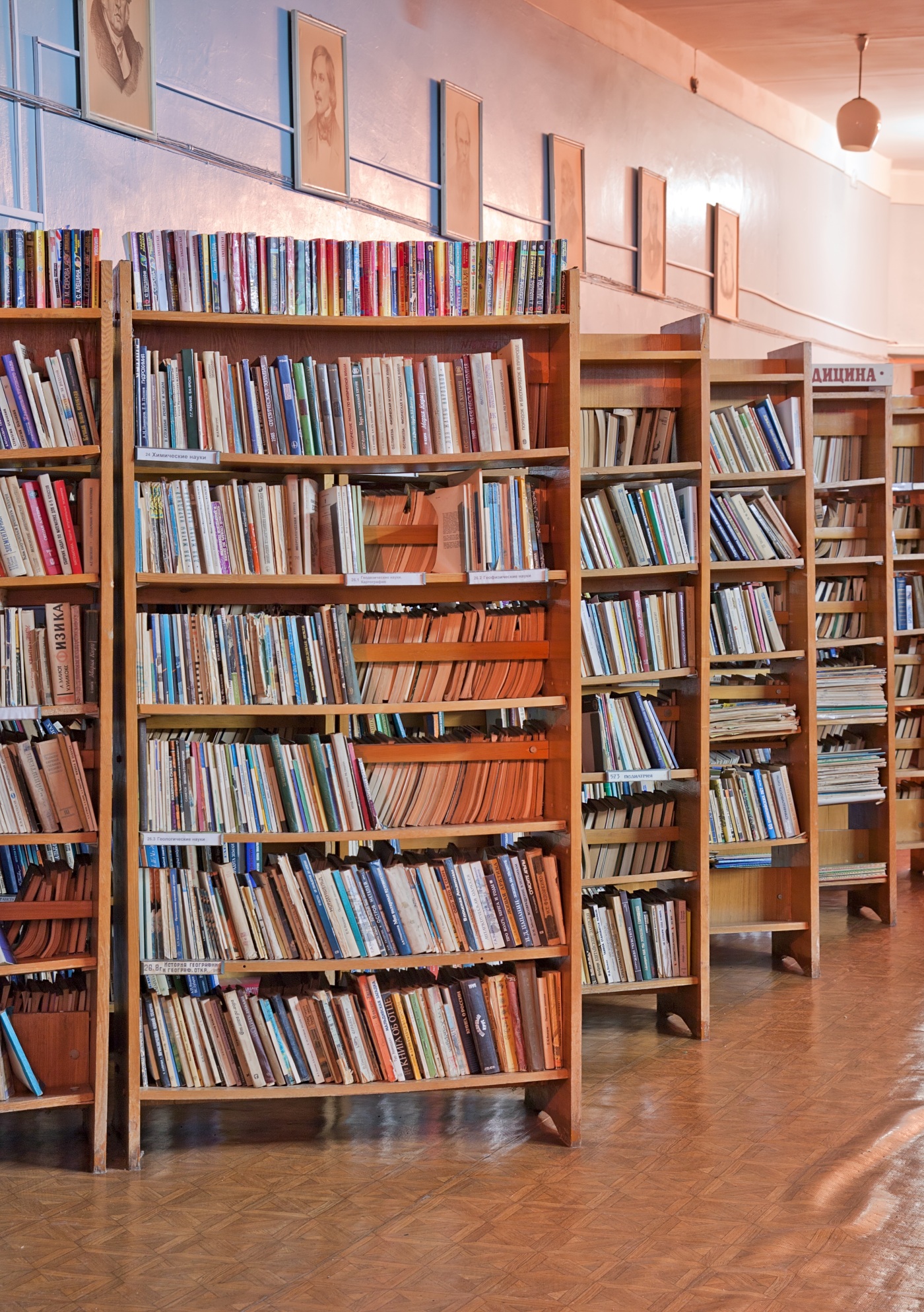 Are you completely sick of 2017’s best of/favorites lists yet? Personally, I’m a sucker for anything in list form. Here’s my last one for this year, I promise!

As I’ve mentioned, these were my favorite reads from 2017’s new nonfiction. These were the books that stood out and made the most impact on me. My casual goal was to read less true crime, not because I’m falling out of love with it, but I found last year that it was making me a little more anxious than usual. I watch true crime shows and listen obsessively to podcasts, so some reduction was seriously necessary.

But in its place I seemed to read proportionally many more memoirs, to the detriment of history or narrative nonfiction. Maybe also because memoirs are shorter or more easily readable. So adding in a little more history and narrative nonfiction is what I’m hoping to do next year.

It’s also my disclaimer that there are a lot of memoirs on my favorites list. But they’re still a great way to learn about what’s happening in the world, history, and others’ lives and experiences, so that’s not too bad, right? Right.

I couldn’t put these in any particular order, but, that being said, my two clear standouts this year were essayist David Sedaris’s Theft by Finding and poet Patricia Lockwood’s Priestdaddy. 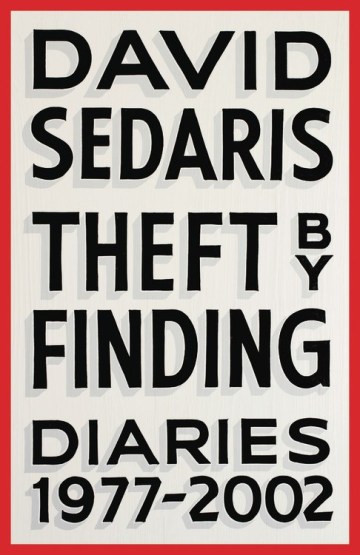 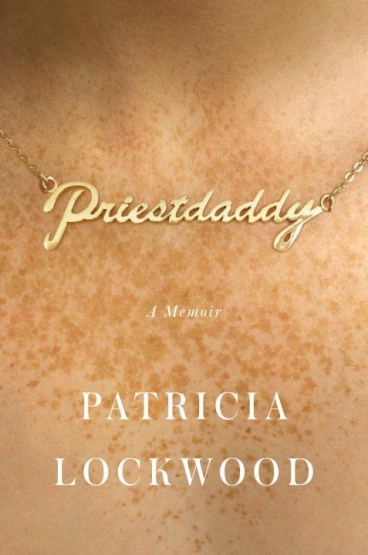 Both of these were deliriously funny, in a year when I definitely needed the laughs. If you need some too, while also reading something smart and touching – in both books, often surprisingly emotional, I recommend these two wholeheartedly. An openminded sense of humor is required, otherwise don’t bother. For Theft by Finding, I think it’s much better, probably necessary, to have previously read Sedaris before reading this one. 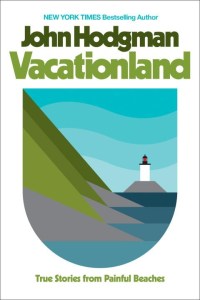 In a similar vein is John Hodgman’s funny and sweet Vacationland: True Stories from Painful Beaches. I read it in one day, which was accordingly a very good day. 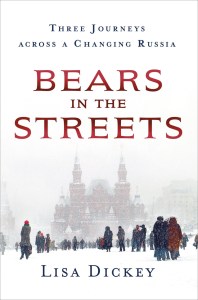 I read a lot on Russia this year, but it’s one of my favorite topics so that’s the same every year. Among my favorite Russia-related books was Lisa Dickey’s Bears in the Streets, her account of journeying three times, always a decade apart, across Russia from Siberia to Moscow. Her stories from people she’d befriended, including how they’d changed and how time had treated them, were so compelling. As were the examinations of Russian perceptions of America and vice versa. 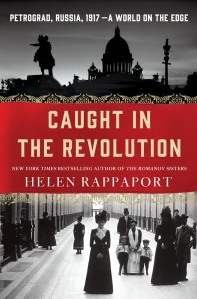 2017 marked the 100th anniversary of the Russian Revolution. Russia expert Helen Rappaport’s Caught in the Revolution: Petrograd, Russia, 1917 – A World on the Edge, a history of accounts and stories told by outsiders witnessing the revolution as it unfolded in St. Petersburg, then Petrograd, was excellent. It’s very revealing and Rappaport has a wonderfully accessible style in writing history and making its impact felt. 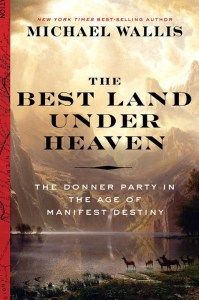 Speaking of history, my favorite this year, which surprised me, was The Best Land Under Heaven: The Donner Party in the Age of Manifest Destiny. Michael Wallis wrote an extremely readable history that goes deeper into the infamous story of the Donner Party and the conditions surrounding their fateful, tragic journey west. It’s a fascinating look at Manifest Destiny and the surge westward, and manages to be minimally gruesome despite not shying from the facts around the cannibalism that become synonymous with the Donners. 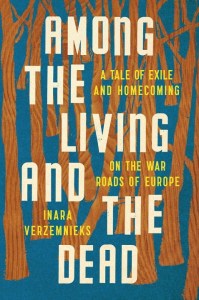 Among the Living and the Dead: A Tale of Exile and Homecoming on the War Roads of Europe is an exquisitely written blend of memoir and history, as author Inara Verzemnieks travels to her family’s native Latvia, having grown up in America with a lifetime of strange nostalgia for this unknown land and culture. In their small village, on the family farm, she meets surviving members who tell her more about her much-loved grandmother and ancestral roots, including their haunting experiences in the Second World War. I can’t stress enough what a moving, sleekly written book this was. It’s a quietly powerful, wonderful gem of a book. 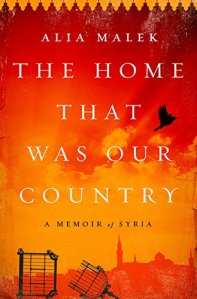 In another fantastic mix of history and memoir, attorney Alia Malek wrote a topically important book about her family history in Syria, centered around her grandmother’s apartment. It manages to explain so much about a country that captures a lot of airtime in modern media but isn’t easy to understand thanks to its complicated history and politics. The Home That Was Our Country: A Memoir of Syria is a well-written interwoven story that educates extensively about an often misunderstood country and culture. 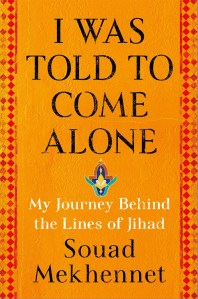 Also on the topic of current events in the Middle East, Washington Post journalist Souad Mekhennet writes I Was Told to Come Alone: My Journey Behind the Lines of Jihad about her experiences growing up cross-culturally, raised in Germany by Arab immigrant parents. With her unique background and deep understanding of both Western and various Muslim cultures, she’s been able in her career to cross boundaries that others, lacking such understandings, have been unable to. She’s found herself in extremely dangerous, frightening situations, but she writes with consideration and a deep intelligence, both political and cultural, about her experiences and the current state of the Middle East with regard to jihad and terrorism. 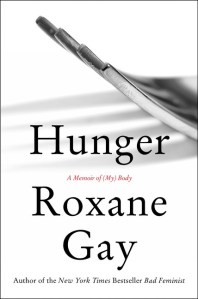 Elsewhere in memoirs, another favorite was Roxane Gay’s Hunger: A Memoir of (My) Body, which has already topped plenty year’s best lists. Gay writes such a beautiful, painful, compelling account of her life’s relationship with food, hungers that are physical, mental, and emotional, and what life is like in the confines of her body, and what her body represents in relation to what she’s experienced. I’m in awe of her writing, her sensitivity, and her brilliant mind. 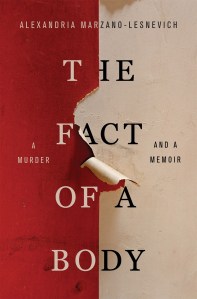 Alexandria Marzano-Lesnevich wrote something truly extraordinary in The Fact of a Body: A Murder and a Memoir. While working at a Louisiana law firm representing a capital punishment case of a man who molested and murdered a boy, she finds herself powerfully affected by his crimes, questioning her firmly held anti-death penalty views. Her strong reaction connects to her childhood and her own traumatic experiences. Her writing is mesmerizing, even regarding such troubling topics. I found this book absolutely page-turning, a deep, thought-provoking study of law, crime and punishment, memory, and the stories we tell ourselves. 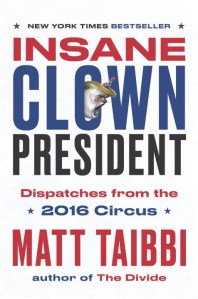 On a lighter note (maybe?) Matt Taibbi’s Insane Clown President: Dispatches from the 2016 Circus was probably my favorite of the many books addressing the Trump campaign and subsequent administration. I read a lot this year trying to understand more and educate myself about the direction the country has taken and why. It’s a tough topic, but Taibbi’s smart essays for Rolling Stone collected in this book put a lighter, witty spin on the campaign and its ridiculous players. (Review to come next month, in time for the paperback release. And yes, this book is still relevant, amusing, and enlightening one year after the election.) 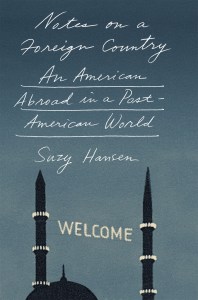 Notes on a Foreign Country: An American Abroad in a Post-American World, written by Istanbul-dwelling Suzy Hansen, is a thorough exploration of politics, history, and the concept of American decline. As a temporary expat myself, I had a lot of feels about this one. I went through something similar to Hansen in coming to terms with the perception and status of America and its people abroad, which is starkly different to how we learn to view ourselves at home. There are some painful truths here but important ones, particularly in light of American involvement in the Middle East. At times it felt a little too harsh, but overall I think it’s a very important book on a topic many prefer not to consider. 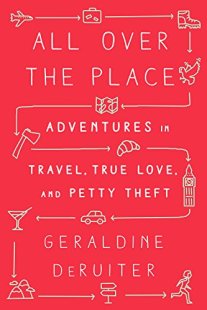 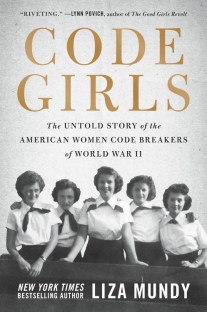 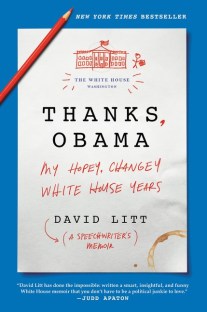 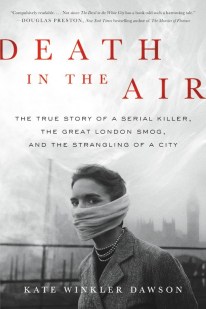 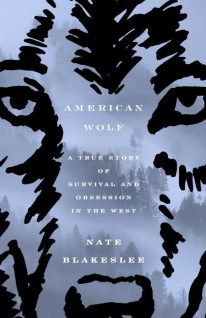 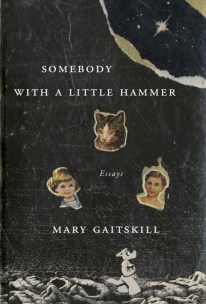 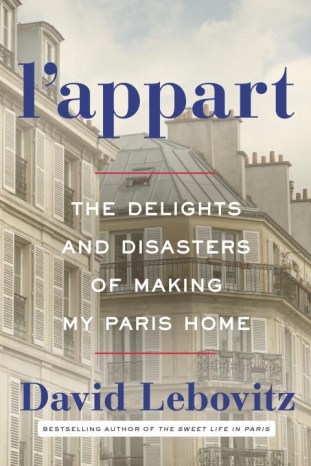 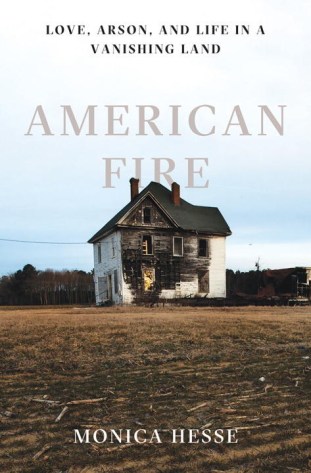 Somebody With a Little Hammer: Essays – The incomparable novelist and short story writer Mary Gaitskill’s collected essays, criticisms, and reviews. She has such a brilliant mind, reading her take on literature, pop culture, and social events, with some hints of memoir thrown in, is just wonderful.

L’Appart: The Delights and Disasters of Making My Paris Home – American expat chef David Lebovitz’s snarky account of the trials and troubles of buying and renovating a Paris apartment. Includes recipes and how his passion for cooking figures into his life. It’s adorable and spoke to me in a special way as a fellow expat.

Death in the Air: The True Story of a Serial Killer, the Great London Smog, and the Strangling of a City – A serial killer and a smothering fog stalked London simultaneously in 1952, capturing the public’s imagination and eventually bringing about lasting environmental change. An excellently readable narrative nonfiction account of the two and the climate allowing them to proliferate.

Code Girls: The Untold Story of the American Women Code Breakers Who Helped Win World War II – I’ve said enough about this comprehensive history of the hardworking women recruited into government to train as cryptanalysts and crack codes for the Allied war effort. Fantastic work of long overdue history.

American Fire: Love, Arson, and Life in a Vanishing Land – Ditto on always praising this one. Page-turning narrative nonfiction about an arson spree in Virginia and the region’s social culture.

Thanks, Obama: My Hopey, Changey White House Years – A goofy but talented speechwriter works his way through the Obama administration and tells tales of politicking, giving an insider’s glimpse of how things get done in the White House.

American Wolf: A True Story of Survival and Obsession in the West – Generations of the reintroduced wolves in Yellowstone Park, particularly the pack of the personality-rich matriarch O-Six, and the political and popular sentiment surrounding reintroduction and hunting allowances. Compelling narrative of natural history and conflicts between humans and the order of the natural world.

All Over the Place: Adventures in Travel, True Love, and Petty Theft – The title makes this sound a little chick lit-y, but it’s really not. Blogger Geraldine DeRuiter writes a sweet, funny memoir of her sometimes-bumbling travels alongside an onslaught of major life events. I love her lighthearted, positive storytelling even amidst very stressful happenings. It has a conversational tone without losing depth or intelligence, and shows a sensitive side with the humor and globetrotting (mis)adventure.

I’m finally finished recapping my favorite 2017 reading! What were your favorites? What was most disappointing? (I try not to dwell on the negative, but for me it was the potential-laden but somewhat tone deaf The Rules Do Not Apply.) Did you set and meet any reading goals? Any genres or topics you read too much of, or want to read more of next year?

Wishing everyone a happy, healthy, and positive 2018!