President Obama published a list on his Facebook page of his favorite books and music of 2017 and it’s pretty wonderful. As I’ve said, I love lists, especially of others’ favorites (these year end best-of lists make me so happy!) I couldn’t wait to see what had impressed him most from his past year’s reading.

Unlike his successor, Obama actually enjoys and has the attention span for reading materials longer than a double spaced half page. He’s known to be an avid reader and has released some thoughtful, insightful entries for the traditional presidential summer reading lists throughout his terms.

These are his nonfiction favorites from 2017. I took the liberty of highlighting ones that piqued my interest: 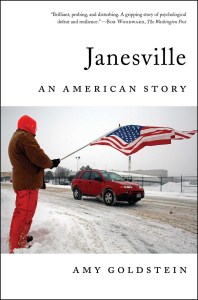 Janesville: An American Story, Amy Goldstein – it’s been on my radar, and I was trying to decide if I wanted to read it. His recommendation clinched that decision for me.

Dying: A Memoir, Cory Taylor – Merely reading the description of this book made me sad, so I’ve avoided it. I’m not sure I’m emotionally robust enough to tackle it, meaningful as it sounds.

His “bonus for hoops fans” picks:
Coach Wooden and Me, Kareem Abdul-Jabbar
Basketball (and Other Things), Shea Serrano

I loved his list so much, and I think I just miss having a well-read, intellectually curious president, so I started combing through older lists and recommendations he’s made.

Here are his nonfiction picks from earlier times, including recommendations for his daughters, purchases at DC independent bookstore Politics and Prose, annual summer reading lists, the presidential biographies that inspired him, favorite classics and all-time favorites.

The Woman Warrior: Memoirs of a Girlhood Among Ghosts, Maxine Hong Kingston
This memoir of growing up Chinese-American in California was recommended for his daughters. It was required reading for a college class of mine, and I remembered liking but not loving it. I think I’d have a different appreciation for it now, with the passage of time.

Hot, Flat, and Crowded: Why We Need a Green Revolution and How It Can Renew America, Thomas L. Friedman

H Is for Hawk, Helen Macdonald – I’ve seen such extreme reviews of this one, it seems a case of love it or hate it.

The Warmth of Other Suns: The Epic Story of America’s Great Migration, Isabel Wilkerson

Being Mortal: Medicine and What Matters in the End, Dr. Atul Gawande

The Sixth Extinction: An Unnatural History, Elizabeth Kolbert – I’ve been intrigued by this one for awhile.

Between the World and Me, Ta-Nehisi Coates – I’ve heard only excellent things about this, plus super-cheap ebook deal alert at the link!

His favorite classics:
Self-Reliance and Other Essays, Ralph Waldo Emerson

Parting The Waters: America in the King Years 1954-63, Taylor Branch

The Best and the Brightest, David Halberstam

The Wealth of Nations and The Theory of Moral Sentiments, Adam Smith

His picks in presidential biographies:

Lincoln: The Biography of a Writer, Fred Kaplan

The Collected Works of Abraham Lincoln

Ghost Wars: The Secret History of the CIA, Afghanistan, and Bin Laden, from the Soviet Invasion to September 10, 2001, Steve Coll – I’ve heard a lot about this one, sounds completely fascinating.

A Kind And Just Parent: The Children of Juvenile Court, William Ayers

The Power Broker: Robert Moses and the Fall of New York, Robert A. Caro 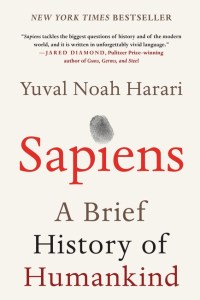 Lessons in Disaster: McGeorge Bundy and the Path to War in Vietnam, Gordon Goldstein

The Fire Next Time, James Baldwin

Andy Grove: The Life and Times of an American, Richard S. Tedlow

Behind the Beautiful Forevers: Life, Death, and Hope in a Mumbai Undercity, Katherine Boo

Well, that made me feel inadequately read. Compared to his reading choices, I can’t help but feel a little uncultured and unaware. He really has some hefty, heavy ones amongst his favorites. Although, some were his summer reads, so I guess they’re not necessarily favorites. Regardless, I’m very impressed by the selections and where his mind goes when choosing reading material.

Have you read any of Obama’s favorite reads or recommendations? Are you planning to? Do you miss having a president who reads something more than McDonald’s wrappers and the tweets of white supremacists?