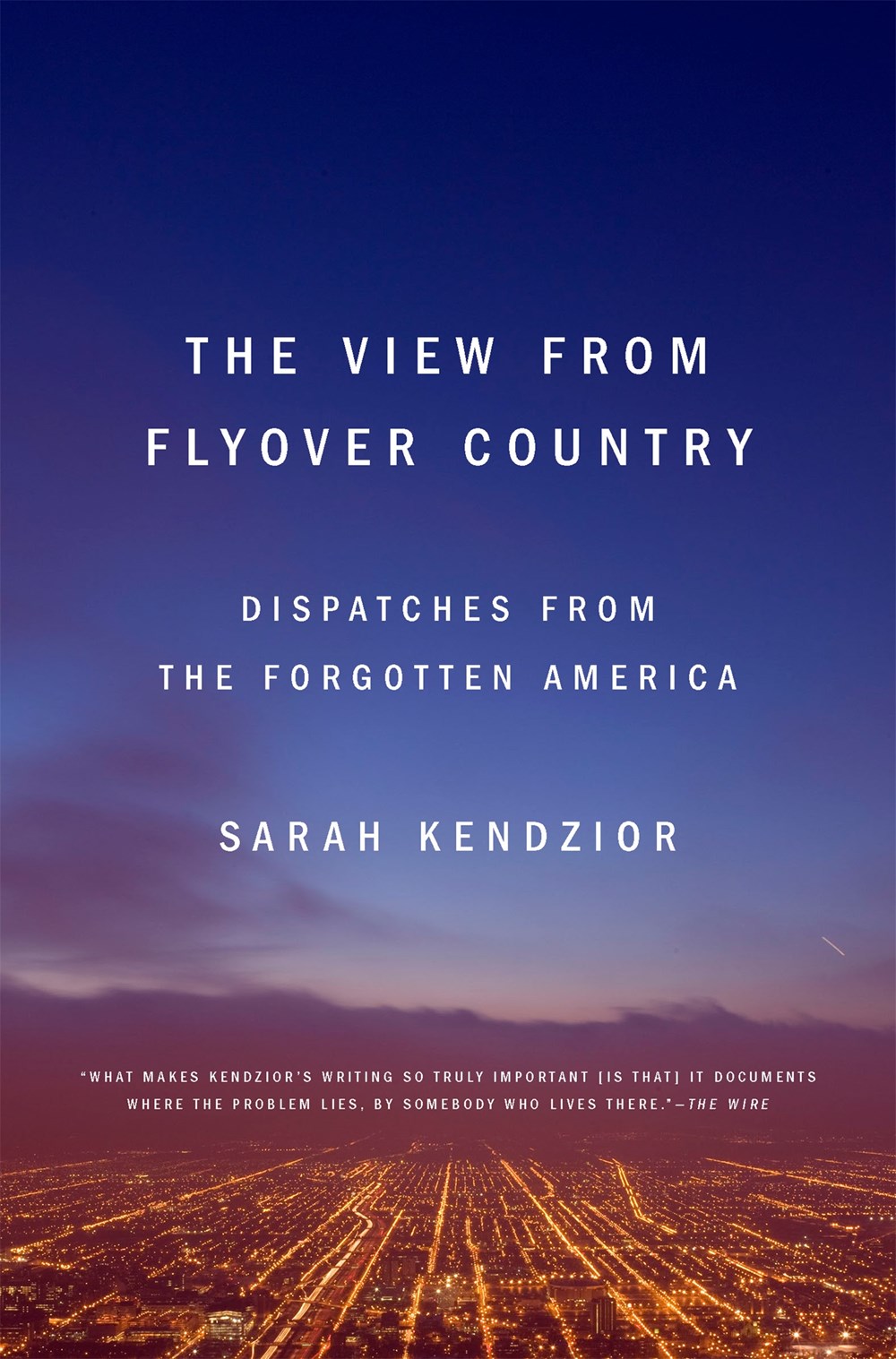 An old adage says to write what you know. As a journalist living in a decayed Midwestern city waiting – and waiting and waiting – for the Great Recession to end, that was what I knew.

Political writer, analyst and academic researcher of authoritarian states Sarah Kendzior rose to prominence a few years ago after being one of the first journalists to predict that Trump would win the presidency. Since then, she’s successfully (but what is success here) predicted many other twists and turns the Trump administration would take. Kendzior credits this fortunetelling ability to her location in St. Louis, Missouri, within the “flyover country” that much of the media and so-called coastal elites seem to forget about, or at least discount in terms of significance.

Between 2012 and 2014, Kendzior wrote op-ed pieces for Al Jazeera, focusing heavily on topics like the inequality in higher education, particularly with respect to family income and projected income after graduation, the new economy born of the 2008 recession and its reduced opportunities for fairly paid employment, the “pay-for-play” nature of academia and professorship, the unfairness faced by adjunct professors, issues of internet privacy, gentrification, and the media’s role in some of these issues.

The essays were collectively published in 2015 as an ebook, but have now been rereleased in paperback with a new epilogue including some words about the Trump presidency.

These are heavy issues, obviously, and well-trodden ones – even as Kendzior points out that they’re still not getting enough attention, or what attention they receive dies down quickly, or is easily surpassed by online panda cams instead of a continued focus on and agitation for change regarding cut-off water supply to people in Detroit who couldn’t pay their water bills.

Kendzior occupies the unique position of writing from and observing this often misunderstood segment of the country from within. Unlike many liberal journalists, she hasn’t relocated farther afield to one of the major media cities, instead staying in the Midwest and chronicling the changes the region endures. I’d come across her essays before but hadn’t read them all, and I was expecting something quite different – as the title indicates, I thought there would be more of that view from the ground. There is, to some extent, but it’s a much bigger picture that Kendzior paints.

I felt pretty down after reading these. Kendzior was prepared for that:

At a time when Americans were continually being informed that our crises were over – the wars in Iraq and Afghanistan were ending, we lived in a post-racial society, the good jobs would be back any day now – I saw no improvements on the ground. America had returned to “normal,” politicians and pundits proclaimed, but “normal” felt like a crisis. And when you live in a crisis, you write with urgency, because you need problems to be solved.

This is where you may be thinking to yourself, “Wow, this is going to be a really depressing book!” And it might be, but that never was and is not my intent. One cannot solve a problem until one acknowledges a problem exists.

There wasn’t much that was newly upsetting, it was just the oppressive effect reading it all at once. It knocks the breath out of you. These are best taken in small doses.

As defeated, sometimes hopeless, as some of this information made me feel, I don’t think that should at all discourage anyone from reading it. On the contrary, it’s a must-read. It doesn’t help to bury your head in the sand and pretend any of this isn’t true. The reality is harsh and Kendzior has an excellent clear, explanatory style that makes her analysis so helpful in understanding much of what’s happening in the US today – socially, economically, politically.

There is no America that is “real” or “fake.” This insistence that we have an inherent divide has in some respects become a self-fulfilling prophecy. At this contentious point in our history, these divergent Americas are unified most, unfortunately, by a collective sense of pain. America is purple – purple like a bruise.

One of the topics that Kendzior writes particularly powerfully about is the elitism of academia, and the sad reality that investing in a higher education nowadays doesn’t carry the same guarantee of a more secure future, as it once did. The facts and figures she uses to back this up are downright terrifying. She frequently returns to the subject of the unfair treatment of adjunct professors, the near-poverty (or sometimes just poverty, no near about it) conditions they live in in order to teach.

To work outside of academia, even temporarily, signals you are not “serious” or “dedicated” to scholarship.

She explains that teaching is viewed as a “calling”, like religion – meaning one should be fine with accepting little or no pay for such work.

Academic paywalls are often presented as a moral or financial issue. How can one justify profiting off unpaid labor while denying the public access to research frequently funded through taxpayer dollars? But paywalls also have broader political consequences. Whether or not an article is accessible affects more than just the author or reader. It affects anyone who could potentially benefit from scholarly insight, information, or expertise – that is, everyone.

Her explanations are clear and thoughtful, particularly here where her experience speaks volumes about the problematic situation and she has such reasonable ideas for addressing it.

Elsewhere, despite the importance of the information she brings to light and situations she highlights, it seemed like she was relating how shocking or unfortunate these things were without offering ideas about fixing them. That’s not a burden that falls entirely on her shoulders, lest I make it sound that way – but she’s so capable elsewhere of offering sensible ideas for fixing what’s broken, like when discussing what’s wrong with our higher education system, that the lack of suggestion or path on other topics feels that much more pronounced. She’s so smart and eloquent at framing these problems that I want to hear more of her suggestions on how to repair these horribly broken things, not just see her train a floodlight on them.

“Who could have predicted a Trump win?” pundits pondered, and the answer was often blacks, Latinos, Muslims, and residents of the ignored heartland regions where he gained popularity – the people whom Trump treated as target practice, and people in regions he targeted for votes. These folks are the “no one” in the oft-said and inaccurate phrase of “no one saw it coming,” a phrase that indicts the fool that utters it. Many Americans saw it coming, but their warnings were often dismissed as implausible or, worse, hysterical, when they were simply logical predictions based on lived experience. The people pushed to the margins in the heartland knew it would not be okay, because it had never been okay. For many, the hypotheticals had already happened.

Disturbing but necessary dispatches, not only from America’s heartland, but from everywhere within a system that’s broken and avoiding repair. Alarming and scary but very smartly detailed. Her voice is one to carefully follow in the current political and social climate – just the weekend I read this, she gave one of the most incredible 60 second takedowns of Trump and his connection/susceptibility to blackmail on AM Joy. Kendzior is one to follow closely, and this book is one to ruminate on. Verdict: 4/5

The View from Flyover Country:
Dispatches from the Forgotten America
by Sarah Kendzior
ebook published 2015
paperback with new epilogue published April 17, 2018
by Flatiron

I received an advance copy of the new edition courtesy of the publisher for unbiased review.