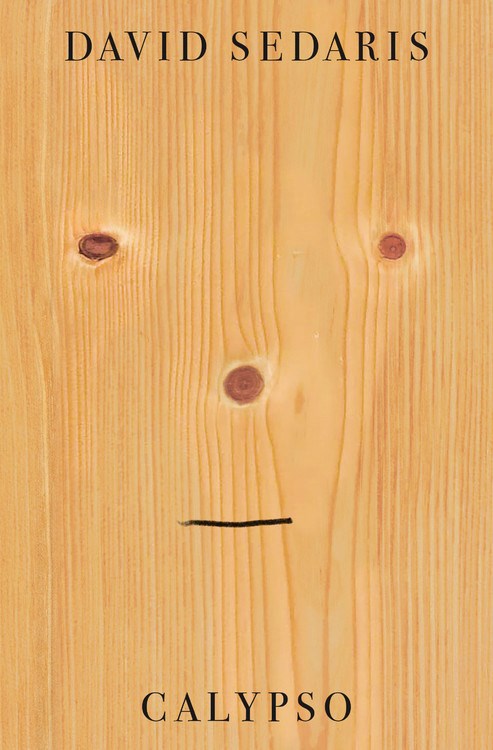 His most recent publications have been a bit of a diversion for David Sedaris. Last year, he published the first part of his diaries, Theft by Finding, which showed the genesis of some of his well known works, as well as being an unconventional glimpse into his early life and bizarre, often hilarious thought processes. I absolutely loved it, but I know it didn’t appeal to everyone.

But 2013 was the last time he released a new essay collection, Let’s Explore Diabetes with Owls, which I remember not being wowed by. I was really happy that his latest collection, Calypso, ended up feeling so satisfying. I’d read some of the pieces included here already in the New Yorker and heard him tell others when a dream came true and I saw him on tour last year. Even rereading them is a complete joy.

That’s not to say it’s without flaws – one piece I’d already read about the weird, expensive things he and his sisters spend obscene amounts of money on has always rubbed me the wrong way. But overall it’s an insightful, hilarious, and touching collection that showcases his brilliant storytelling talent. And the bigger theme is a changing life – settling into middle age, watching his father and siblings grow older, the state of a relationship after many years together.

Sedaris is older and wiser here. The essays are mostly themed around a couple of core subjects – the aforementioned aging and how it’s affecting his life and relationships, and ever his favorite topic – his family, including how they’re changing with time and the very complicated aftereffects of his sister Tiffany’s suicide. He touches lightly, without extensive detail, on the estrangement between Tiffany and the rest of the family in the years before her death. It’s often uncomfortable reading but he never shies from picking apart the complexities of emotion and examining them with a simplistic honesty. Don’t we all have difficult relatives or relationships that defy explanation to others? It’s really a testament to his understated explorations of behavior and the way he effortlessly, understandably dissects it or explains his own reasoning that these sections are so well done.

I liked this side of him, although I guess a certain darkness isn’t much of a surprise, considering he’s never been one to shy from any of the darker aspects of human nature, including his own, in previous writing. I’m not sure if it’s a collection that would win him new fans if you weren’t already familiar with him, especially with his quirky, highly personable family who have provided so much fodder for his storytelling already. But if you’ve already read him, it’s not to be missed.

On a lighter note, many of the pieces center around his purchase of a beach house for the family to use on North Carolina’s coast, which he affectionately names the “Sea Section”.

I told myself when I was young that one day I would buy a beach house and that it would be everyone’s, as long as they followed my draconian rules and never stopped thanking me for it.

I was underwhelmed by the cover and wondered what the title referred to, and they both seem perfect after their answers are revealed here.

Describing how he and his longtime partner Hugh have to play the role of a non-bickering “perfect couple” when guests come to visit their English home:

When I tell a story he has heard so often he could lip-synch it, he is to pretend to be hearing it for the first time and to be appreciating it as much as or more than our guests are. I’m to do the same, and to feign delight when he serves something I hate, like fish with little bones in it. I really blew this a few years back when his friend Sue came for the night and he poached what might as well have been a hairbrush. Blew it to such an extent that after she left I considered having her killed. “She knows too much,” I said to Hugh. “The woman’s a liability now and we need to contain her.”

This is akin to another of his often asked questions: “Why do you choose to remember the negative rather than the positive?”
“I don’t,” I insist, thinking, I will never forget your giving me such a hard time over this.
Honestly, though, does choice even come into it? Is it my fault that the good times fade to nothing while the bad ones burn forever bright? Memory aside, the negative just makes for a better story: the plane was delayed, an infection set in, outlaws arrived and reduced the schoolhouse to ashes. Happiness is harder to put into words. It’s also harder to source, much more mysterious than anger or sorrow, which come to me promptly, whenever I summon them, and remain long after I’ve begged them to leave.

Increasingly at Southern airports, instead of a “good-bye” or “thank-you,” cashiers are apt to say, “Have a blessed day.” This can make you feel like you’ve been sprayed against your will with God cologne. “Get it off me!” I always want to scream. “Quick, before I start wearing ties with short-sleeved shirts!”

That’s another bit running throughout – his experiences on his prolific reading tours. He has this funny quirk of asking bizarrely personal questions that somehow just trigger people to open up to him, and his favorite (he did this when I saw him too): asking for the most creative curses and swears from the places he visits. That essay’s a gem.

Despite the grim nature of some of the stories – particularly his sister’s death and the family’s reaction and what he reveals of their backstory with her, and the way his father is living in his advanced age – there’s something ultimately uplifting about these. It’s some magical gift Sedaris has – he can show the darker, sadder sides of life in all of their selfish, painful, angry rawness and still leave you laughing and feeling somehow reassured. Not to mention his writing never fails to astonish me – it seems so simple, uncomplicated, and only after you’ve finished do you realize what a way with words he has. 4.5/5

Calypso
by David Sedaris
published May 29, 2018 by Little, Brown

7 thoughts on “David Sedaris on Getting Older, Complicated Families, and the “Sea Section””