2018 has seen so much great nonfiction and we’re only halfway there. It’s been quite the year for big nonfiction news stories too, kicking off in January with Fire and Fury frenzy, then the memoir debut of a daughter of Mormon survivalists taking the literary world by storm, James Comey’s much-anticipated tell-all, and a triumphant moment for criminal justice with a serial rapist and killer apprehended more than four decades since his crimes began. Michelle McNamara is unofficially but widely credited with helping get the case back in the spotlight with her posthumous bestseller.

As usual, I haven’t read as much, as widely or as varied as I hoped. That’s my disclaimer. That said, these are my ten picks for what I’ve loved most from the new releases of January to June.

Two Sisters: Norwegian journalist Asne Seierstad’s detailed account of two Somali-born sisters who grew up in the suburbs of Oslo, Norway, and in 2014 ran away to join IS is incredibly well told even in translation. Their father, an unreliable narrator himself, follows them to Syria on a harrowing rescue mission while their mother falls apart at home and their brother drifts from religion. Seierstad traces their path to jihad in unbelievable detail, incorporating their own words through emails and text messages in addition to interviews with friends and families. Completely haunting and captivating, answers some questions and raises even more. Amazon

I’ll Be Gone in the Dark: What a year for the Golden State Killer/East Area Rapist/Original Night Stalker’s surviving victims and the families of those whose lives he took. Multiple documentaries (for some background, two great ones from Investigation Discovery: It’s Not Over and the Golden State Killer episode of People Magazine Investigates) and this book, originally a Los Angeles Magazine article by crime journalist Michelle McNamara, helped get this long-cold case back into public consciousness. On April 25, ex-cop Joseph DeAngelo was arrested based on a DNA match, hopefully marking the beginning of justice and closure for those affected by at least 12 murders and 50 rapes in California in the 1970s-80s.

McNamara’s book is engrossing, explaining both the draw to true crime stories and how they can affect a life. I even called this case unsolvable when I wrote about it, thinking that the tantalizing possibility of running his DNA through popular ancestry databases would never be legally feasible. Yet here we are. I’ll Be Gone in the Dark no longer feels unsatisfying and unresolved, and her work is an incredible testament to persistence and dedication despite the frustration she admits to. Amazon

A River in Darkness: I’ve read a number of North Korean defectors’ memoirs but this one especially struck me. Brimming with both anger and strength, a North Korean of Japanese extraction flees the country to take refuge in Japan, but the struggles and losses he endured under the totalitarian regime linger. It’s made especially painful by the fact that his family willingly repatriated from Japan under false promises by the North Korean government in an attempt to lure citizens back to the country. Incredible story of the human rights violations happening in this strange, paranoid land. Amazon

Everything is Normal: Absolutely charming account of a boy growing up in the Soviet Union and suddenly, its broken, clunky transition into Russia. This before and after memoir, perfectly told from a child’s perspective but with an adult’s humor and wisdom, from the now-emigrated Sergey Grechischkin is a gem in the Soviet memoir genre. His happy sense of humor sets it apart from many of its bleaker, grimmer contemporaries (not that those are bad, but this was such a surprising, hilarious, different story.) Amazon 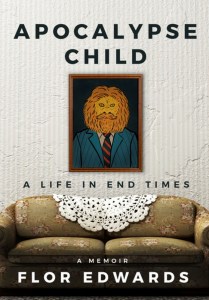 Apocalypse Child: If Tara Westover’s deserving, but in my opinion at times problematic Educated is one of the buzziest books of the year so far, Flor Edwards’ Apocalypse Child should’ve gotten just as much attention. She didn’t go to Cambridge, but Edwards’ story is no less an astonishing and impressive account of how a woman can overcome a harrowing childhood off the grid and become college educated and a wise, eloquent writer. Raised with many siblings in the controlling Children of God doomsday cult, Edwards grew up across international locales, including Thailand, the location of the bulk of this beautifully written memoir of her childhood and adolescence. She eventually returned to the US and earned a degree, sweetly describing reading her first novel, TC Boyle’s Tortilla Curtain. Her story is one of quiet strength and autonomy after a lifetime of indoctrinated fear, paranoia and deprivation. Amazon 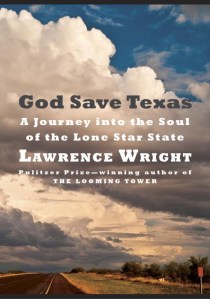 God Save Texas: The incomparable journalist Lawrence Wright surprised me with this study of his contradictory and incredibly unique native state, a place with a history as big as its sky and a complex narrative of politics, personality, and its national role as a border. Sprawling but streamlined, with some incredibly insightful and fitting memoir elements, this turned out to be one of the most unusual books I think I’ve ever read in addition to being a little social and cultural education in and of itself. Funny, fascinating, so thoughtful and smart. Amazon

A False Report: Journalists T. Christian Miller and Ken Armstrong examine the case of a serial rapist and his victims in the Seattle area. At the heart of this terrifying story is the victim Marie who was accused, and even convinced, of falsely reporting the crime against her. It’s a complicated, scary but highly necessary and topical social study, well told and readable. As I hear people whining that Me Too is ruining lives, it’s important to remember how these crimes have been traditionally handled and victims treated until we began forcing a light into some very dark corners. Amazon

Dancing Bears: This may have been my most surprising read so far this year. I’m not sure why I had low expectations – maybe because I’ve read so much on Communism and the former Soviet states that it’s tough for one to stand out and blow me away, but Polish journalist Witold Szablowski’s meticulously organized storytelling did just that. He skillfully makes comparisons between the “freedom” of now-rehabilitated, once-captive and abused bears in Bulgaria with citizens from a range of formerly Communist countries. His travels and careful context creation add a clear, personal understanding to the odd experiences and behaviors of humans and animals alike when faced with unexpected, unfamiliar freedom after authoritarianism. Amazon

Calypso: It’s the next installment of David Sedaris’ diaries that I’m really looking forward to, but a new essay collection was a pleasant surprise and helps bridge the waiting gap. Several of these are previously published but they’re all delightful to read again, and in his typical style, Sedaris is able to make you feel such a diversity and depth of emotions as he explores topics of aging, illness, complicated family issues, and tumors + snapping turtles in his smooth, brilliant storytelling style. Reading his words always feels like a hug to my soul. I’m always surprised to hear there are people who haven’t fallen in love with him yet, so here’s a new chance to do so. Amazon

Miss Ex-Yugoslavia: I laughed, I cried, I easily learned so much about the history, society and politics of the former Yugoslavia. Sofija Stefanovic writes an affecting, oddly relatable and completely hilarious memoir of her immigrant experience from Serbia to Australia, including a little back and forth. It stands out in the saturated genre of immigrant stories, a not unimpressive feat. Amazon

Have you read any of these? What have I missed? What are the year’s highlights for you so far?

22 thoughts on “Favorites of the Year So Far”