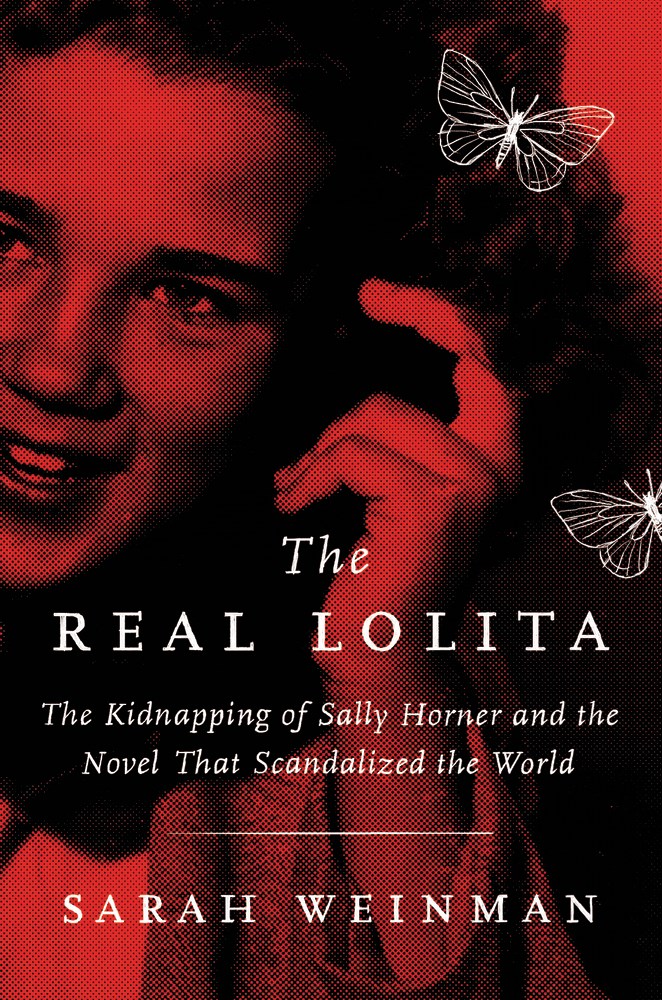 Even casual readers of Lolita…should pay attention to the story of Sally Horner because it is the story of so many girls and women, not just in America, but everywhere. So many of these stories seem like everyday injustices – young women denied opportunity to advance, tethered to marriage and motherhood. Others are more horrific, girls and women abused, brutalized, kidnapped, or worse.
Yet Sally Horner’s plight is also uniquely American, unfolding in the shadows of the Second World War, after victory had created a solid, prosperous middle class that could not compensate for terrible future decline. Her abduction is woven into the fabric of her hometown of Camden, New Jersey, which at the time believed itself to be at the apex of the American dream.

Sarah Weinman expands an article from Canadian journal Hazlitt about a forgotten detail within literary history into a book-length exploration of literature, culture, and crime. It’s the story of Sally Horner, the 11-year-old girl whose 1948 abduction bears uncanny resemblance to the fictionalized experience of one Dolores Haze.

Despite lending an outline of an incident to one of the twentieth century’s most (in)famous novels, Sally faded into relative obscurity. Her name got a mention within Lolita‘s pages, but one that was easy to overlook. Speaking for myself, having read the novel multiple times and considering it a favorite, I didn’t remember that blip or know who she was. A not uncommon oversight, according to Weinman:

Over the course of researching this book these last few years, I would ask faithful fans of Lolita if they’d caught the parenthetical reference to Sally Horner’s kidnapping. The unanimous answer was “no.”

Weinman writes here not only a history of Horner’s short life including the events of her captivity and return, but of Nabokov during his writing of Lolita, primarily where he drew inspiration in this career phase. Nabokov repeatedly denied Lolita‘s being based on a real event, but it’s impossible to read Horner’s story and ignore the similarities.

Some fundamentals are quite different – Horner was in the wrong place at the wrong time when 50-year-old Frank La Salle, a pedophile fresh out of prison with a record of crimes against minors, observed her pocketing a notebook in her hometown of Camden, New Jersey, egged on by a dare from her friends. He claimed to be an FBI agent considering sending her away for the theft. After frightening her but allowing her the relief of not being apprehended, he stalked her, later lying that on government orders she had to go with him to Atlantic City. He even provided her a cover story, telling her mother he was Sally’s classmate’s father. From there, he embarked on a cross-country road trip that any Lolita reader will recognize, with Sally as his captive.

Weinman addresses the issue of Sally’s widowed mother willingly letting her go, and the guilt she was wracked with after realizing what happened. The family was very poor, overworked, with another daughter with a new baby, and her mother only wanted Sally to have a vacation and some fun with her friend.

Eventually La Salle and Sally ended up in San Jose after bouncing around under the ruse of being father/daughter. A neighbor, who would go on to cling to her role in the event as a highlight of her life, helped Sally get in touch with police and her family and return home, while La Salle was apprehended. There aren’t a wealth of specifics known about much of her ordeal during her 21 months of captivity, but Weinman does excellent work with what she has.

Then there’s the Nabokov side of this story. In describing his research methods, Weinman notes that he had newspaper clippings about Sally in his records. It seemed he didn’t want to diminish anything about his stories by acknowledging their roots might have lain elsewhere than his imagination. “Knowing about Sally Horner does not diminish Lolita’s brilliance, or Nabokov’s audacious inventiveness, but it does augment the horror he also captured in the novel.” And as Weinman thoroughly documents, he’d been preparing for Lolita, working through the outline of its story and characters in various “source material” in both English and Russian, including his previous work The Enchanter. “It’s as if he didn’t trust Lolita to stand on its own against the real story of Sally Horner. As a result, Sally’s plight was sanded over, all but forgotten.”

The book also includes personal insights from Nabokov and his wife Vera about the psychology involved in Lolita, their reactions to its reception, to Humbert’s characterizations and Nabokov’s writing process – fascinating topics if you love Nabokov and especially this novel in particular. “Lolita ought to have been “a novel I would be able to finish in a year if I could completely concentrate upon it.” Instead it emerged piecemeal, with him writing on index cards in the passenger seat of a car or lying in bed at night.”

But that’s something a reader should know going into this – it’s not merely Sally’s story, rather many threads woven together that contribute to Lolita’s place in history and culture, and how the events that led to Sally’s abduction and those following her return fit into the culture of the time. I absolutely loved this, and I learned so much, but don’t expect simply a true crime story without this other material. It helps to be as interested in Nabokov and his work as in Sally’s narrative. The elements of the story come together brilliantly, Weinman’s analysis is thorough but entirely readable – page-turning, even – and I was pleasantly surprised to gain so much insight into Nabokov and through the lens of working on Lolita.

For example, his delightful thoughts on Freud: “I think he’s medieval, and I don’t want an elderly gentleman from Vienna with an umbrella inflicting his dreams upon me.” Just when I thought I couldn’t love him more.

The cultural considerations, of how Sally’s family and peers sadly dealt with processing her experience upon her return, are heartbreaking but indicative of the disturbing mindset and misguided morality of the times. I wouldn’t have suspected it to be this extreme, but Weinman paints a clear picture:

“Whatever Sally has done, I can forgive her,” points to [Sally’s mother’s] discomfort about the abuse Sally suffered…There was no vocabulary, in 1950, to describe the mechanism or the impact of Sally’s victimization.

The family discouraged discussion about her ordeal, and she almost never spoke of what happened with anyone … There was only Before, and After.

It didn’t matter to Sally’s classmates that she had been abducted and raped. That she was not a virgin was enough to taint her. Nice girls were supposed to be pure until marriage. “No matter how you looked at it, she was a slut,” Carol said. “That’s the way it was in those days.”

Weinman crafted a worthy blend of American history, social study, readable literary analysis, and biography. I loved her engaging writing and despite jumps between Sally’s ordeal, Nabokov’s life, and historical scene-setting, it’s not disorienting, rather it keeps interest and curiosity high. The exploration of cultural context and how it influenced Nabokov and the handling of the crime itself, as well as fascinating glimpses of the novelist at work and his personal life, make for just as compelling reading as the crime narrative.

This was a long overdue story deserving to be told – Sally’s life was inarguably a sad and unfair one, but more unfair was that her story was overshadowed by the infamous novel that she surely, at least in part, helped to inspire. 4.5/5

The Real Lolita:
The Kidnapping of Sally Horner and the Novel that Scandalized the World
by Sarah Weinman
published September 11, 2018 by Ecco (Harper)
Amazon
Book Depository

25 thoughts on “The Story Lolita Forgets, and Nabokov at Work”