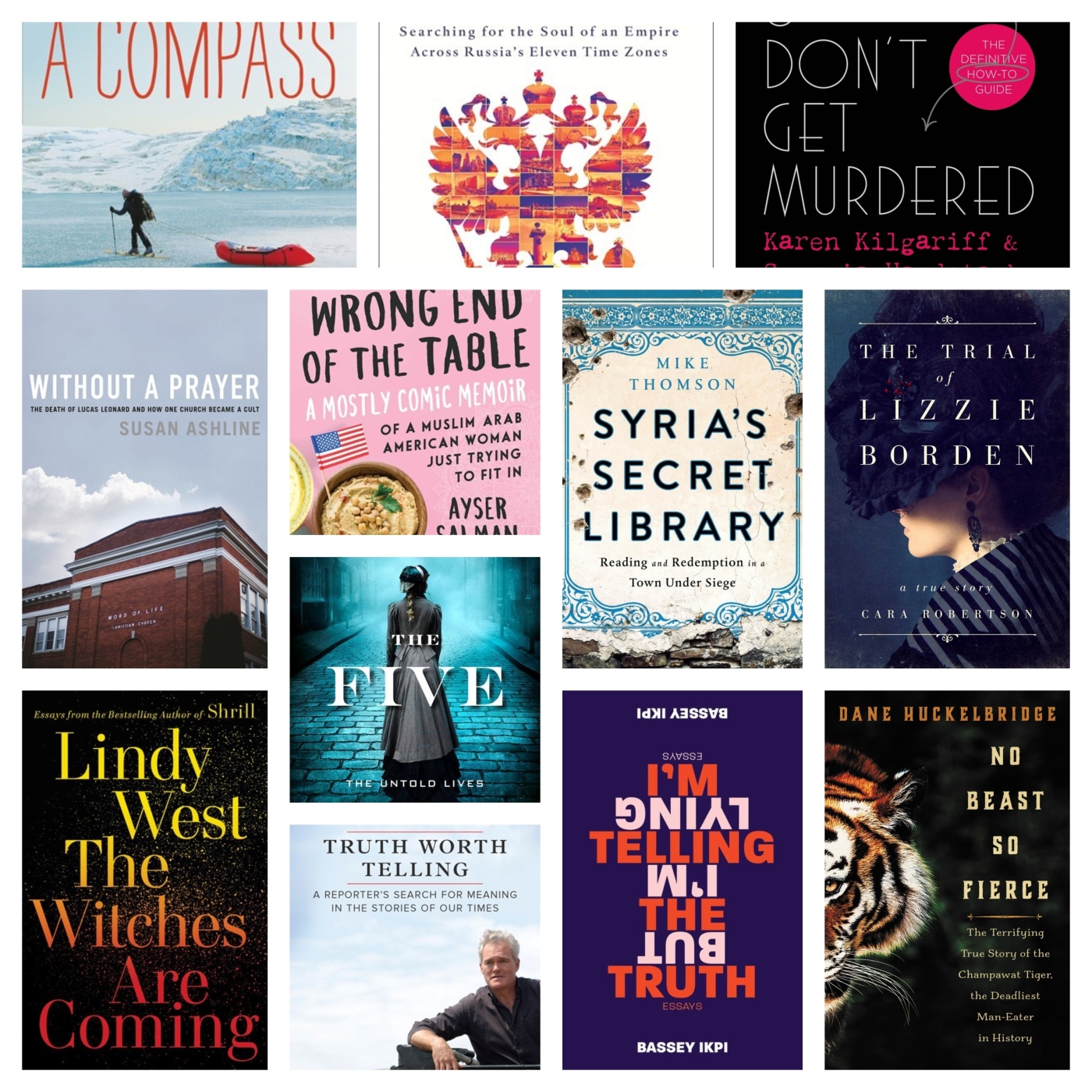 I’m still working on compiling my favorites of 2018 booklist, but it’s hard to focus on the past when 2019 has so much exciting new nonfiction on the way! Let’s experience some Vorfreude (that wonderful German word describing the excitement of thinking about happiness to come) looking at some of 2019’s upcoming releases in nonfiction. 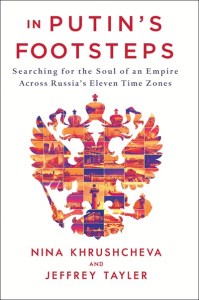 In Putin’s Footsteps: Searching for the Soul of an Empire Across Russia’s Eleven Time Zones, by Nina Khrushcheva and Jeffrey Tayler, St. Martin’s Press, February 19 – In a work of “travelogue, current affairs, and history,” Nikita Khrushchev’s great-granddaughter and an expat living in Russia try to define Russia’s place on the world stage, in particular its antagonism with the West, through tracing Putin’s attempt at giving a New Year’s Eve speech across the country’s 11 time zones and his relationship to the country’s “outback citizens”. This one folds a lot of elements into the mix and I’m not even entirely sure I understand exactly what it’s about, but I’m excited to find out! (Amazon / Book Depository) 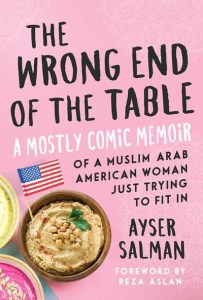 The Wrong End of the Table: A Mostly Comic Memoir of a Muslim Arab American Woman Just Trying to Fit in, by Ayser Salman, Skyhorse, March 5 – The chapter titles alone are cracking me up in this one! (See: The Weinstein Years: The Best of Times/The Worst of Times; Donald Trump Nearly Cost Me My Best Friend, But Oprah Winfrey Saved Us; None of My Exes Live in Texas; Too Much Hair to Manage). A self-described “shy, awkward” girl from Iraq puts a comic spin on coming-of-age Muslim in America as she gives a “how-not-to-guide” to assimilation. I’m sold. She’s a writer/producer/editor for major Hollywood studios so I’m especially curious about the trajectory of her story and how she tells it. (Amazon / Book Depository) 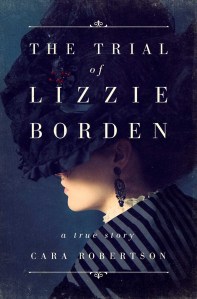 The Trial of Lizzie Borden: A True Story, by Cara Robertson, Simon & Schuster, March 12 – Attorney Cara Robertson spent more than two decades researching the Lizzie Borden case, one of those American murder mysteries we never seem to tire of. This is a thorough accounting of the strange family dynamics, the Gilded Age social atmosphere of stuffy Fall River, Massachusetts, and as the title indicates, the sensational trial. I’ve read an advance and it’s a detailed, informative telling that lets you reach your own conclusions. The cultural angle is completely fascinating. (Amazon / Book Depository) 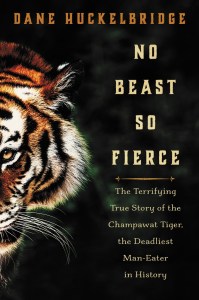 No Beast So Fierce: The Terrifying True Story of the Champawat Tiger, the Deadliest Man-Eater in History, by Dane Huckelbridge, William Morrow, February 5 – I can’t resist narrative nonfiction about deadly animals of history so I couldn’t wait for this account of a Royal Bengal tiger that claimed 436 lives in India and Nepal around 1900 before being brought down by a hunter who later become a conservationist. It’s a terrifying story, true; but the bigger story told is that of colonialism and how it detrimentally affected the natural world and ecosystem, making it possible for the world’s deadliest man-eater to even exist. (Amazon / Book Depository) 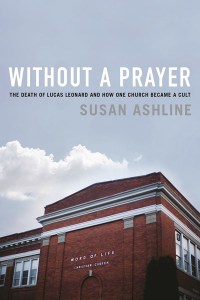 Without a Prayer: The Death of Lucas Leonard and How One Church Became a Cult, Susan Ashline, Pegasus (W.W. Norton), August 6 – An Emmy-nominated journalist tells the full story behind a strange murder: a man killed by a gang of church members (scary enough already) including his own family, an event that exposed the sinister developments within the Word of Life Christian Church in upstate New York. I hadn’t heard of any of this, but that summary is enough to make me want to know everything. (Amazon / Book Depository) 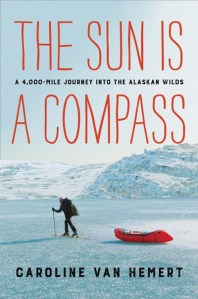 The Sun Is a Compass: A 4,000-Mile Journey into the Alaskan Wilds, Caroline Van Hemert, March 19, Little, Brown Spark – I really enjoyed another book about travels in Alaska this year, so I’m primed for this one. Wildlife biologist Van Hemert and her husband trek from the Pacific Northwest to the Arctic Circle, learning the extent of what they’re capable of while experiencing nature in “some of the wildest places left in North America”. (Amazon / Book Depository) 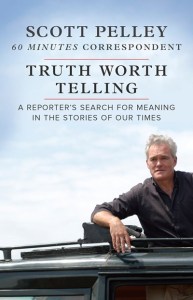 Truth Worth Telling: A Reporter’s Search for Meaning in the Stories of Our Times by Scott Pelley, Hanover Square Press, May 21 – The 60 Minutes reporter reflects on his award-winning journalism career, which includes “running south towards the World Trade Center on 9/11 to report from the scene, reveals private moments with presidents (and would-be presidents) who he’s known for decades, and chronicles hair-raising risks he’s made to report from the frontlines of America’s wars abroad.” A particular emphasis is placed on values and truth-telling, invariably important messages but especially in our age of crying “fake news” and attacks on journalism/-ists. (Amazon / Book Depository) 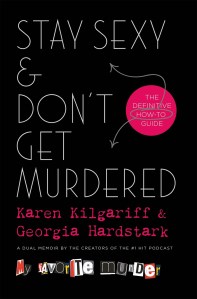 Stay Sexy & Don’t Get Murdered: The Definitive How-To Guide, by Karen Kilgariff and Georgia Hardstark, Forge (Macmillan), May 28 – Dealing with anxiety and figuring yourself out, with some true crime (obviously) thrown in for good measure, the My Favorite Murder podcast hosts’ dual memoir sounds unusual, even if I’m not sure what to expect of it yet. (Amazon / Book Depository) 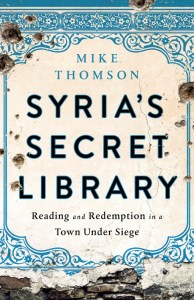 Syria’s Secret Library: Reading and Redemption in a Town Under Siege, by Mike Thomson, PublicAffairs, May 7 – A basement library existed with thousands of rescued books under the rebel-held Syrian city of Darayya, where “despite a devastating four-year siege, people risked their lives to read”. BBC reporter Thomson highlights the courage in the personal stories of those who upheld Syria’s literary traditions and “long, unbreakable pursuit of knowledge, enlightenment and beauty” amidst utter turmoil. This sounds simply incredible. (Amazon / Book Depository) 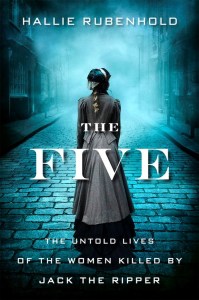 The Five: The Untold Lives of the Women Killed by Jack the Ripper, by Hallie Rubenhold, Houghton Mifflin Harcourt, April 9 – Rubenhold does for Jack the Ripper’s “canonical five” victims what Robert Kolker did for the victims of the Long Island Serial Killer in Lost Girls – that is, give them back their dignity by telling their nuanced life stories, since their identities and histories have been subsumed in the mystery of their murderer. If you know going in that this is a book about what’s known or can be surmised of the lives of these women leading up to their infamous ends, and NOT true crime about their deaths, there’s so much to love about it. (I just read the ARC this weekend and was glued to it.) Perhaps most shocking? Rubenhold makes the case that several of the women weren’t even prostitutes. We get history so wrong sometimes. (Amazon / Book Depository) 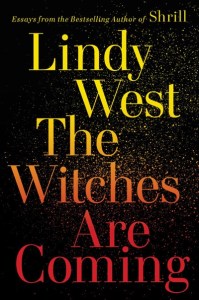 The Witches Are Coming, by Lindy West, Hachette, May 28 – Smart, super-funny Lindy West turns her sharp eye for pop cultural analysis on topics of “how patriarchy, intolerance, and misogyny have conquered not just politics but American culture itself.” That sounds heavy, and it is, but West’s signature is using humor to dismantle the uglier behaviors we know and highlight where things must change, so a “witch hunt” in her hands is sure to be not only enlightening but delightfully amusing. It’s also described as being “as much a celebration of America’s potential as a condemnation of our failures” and I think that’s a special skill she has, in not only pointing out a problem but showing how common sense easy it is to do better. (Amazon / Book Depository) 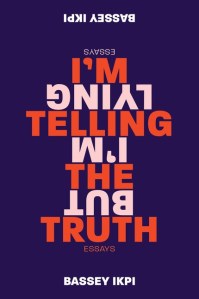 I’m Telling the Truth, but I’m Lying: Essays by Bassey Ikpi, Harper Perennial, August 6 – Ikpi immigrated to Oklahoma from Nigeria, a story I’d already be interested in, but her assimilation was “further complicated by bipolar II and anxiety that would go undiagnosed for decades”. She’s a spoken word artist and mental health advocate who has spent years “examining the ways mental health is inextricably intertwined with every facet of ourselves and our lives.” This sounds powerful, to put mildly. (Amazon / Book Depository)

Do any of these new releases pique your interest? What upcoming nonfiction are you most looking forward to next year?