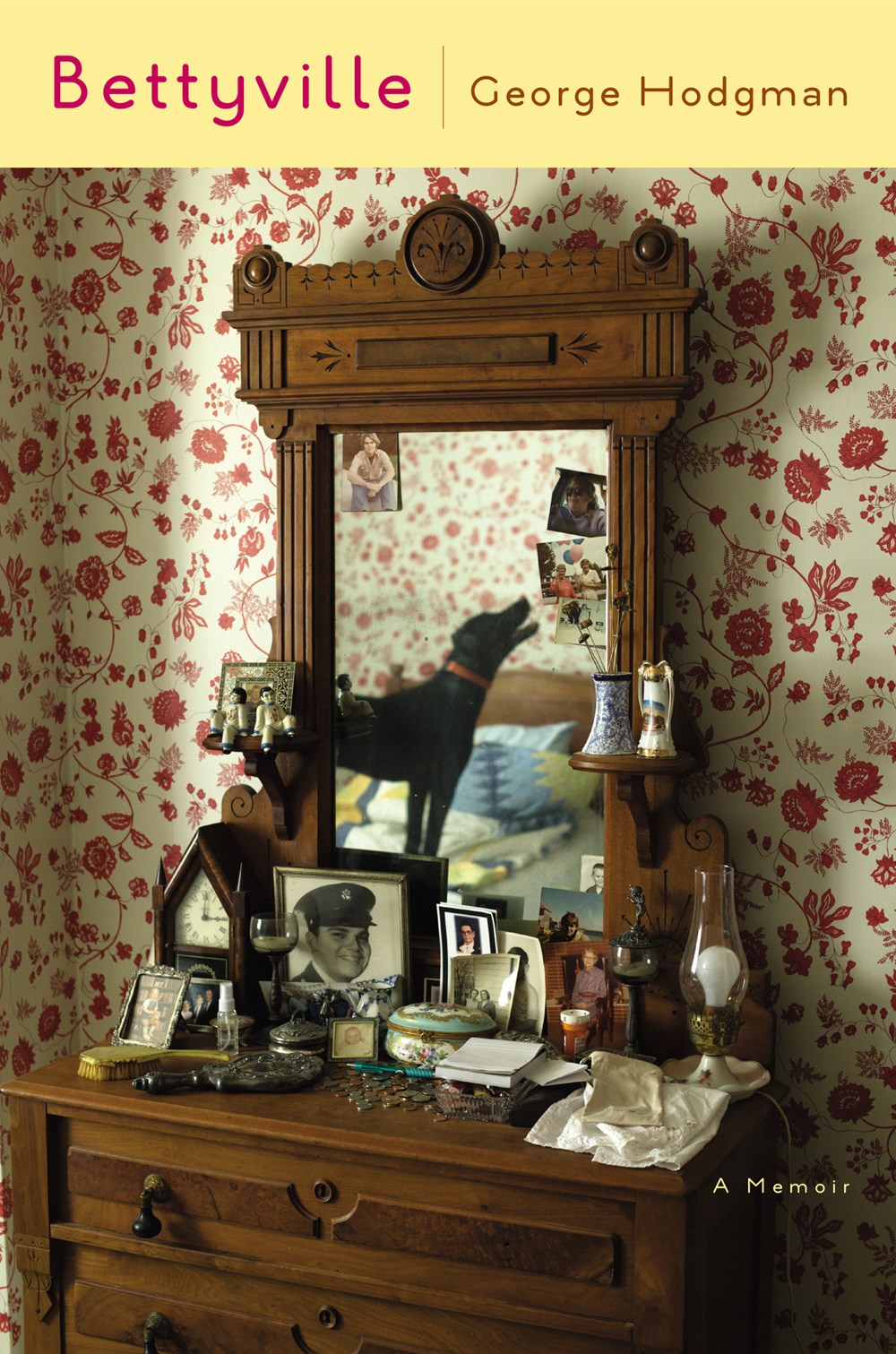 My friends worry that I am falling into a hole here, that this time away is really giving up, running away. Since I lost my job, I don’t know quite who it is I am now. Suddenly I feel older. In New York, my closet is full of clothes that still smell a little like youth. I cannot bring myself to get rid of them. Betty and I are both crossing bridges we would rather avoid. Luckily to distract us there is Wheel of Fortune, a show we despise so avidly we cannot ever miss it.

George Hodgman, book and magazine editor with stints at publications like Vanity Fair under his belt, and longtime Manhattan dweller returns home to Paris, Missouri (“population 1,246 and falling”) to care for his 90-year-old mother, Betty. Betty accepts his help sporadically and with no small amount of trouble to give him in return, despite her obvious gratitude at not being left alone.

“She has walked so far, through time,” Hodgman observes of his mother, considering the eras she’s lived through. Betty’s a tough character as she experiences the heartbreaking, scary loss of her ability to care for herself despite her fierce, stubborn independence. Hodgman observes this – the changes in Betty and how it must feel to know parts of herself are slipping away as she loses memory and capabilities, as she lives in a world hard to recognize too.

He’s at a turning point himself, wondering if he’s hiding out in Paris to avoid his career and a certain loneliness that he’s curated out of what seemed like necessity, all compounded by knowing that he’s aging, too.

I am a loner, but I hate to lose people. I can only imagine how scary it is to know that the person one is losing is oneself.

Caretaking is unknown territory for Hodgman, evident down to his specialty dish of casserole with potato chips (barbecue potato chips). As he tells it, he’s more of a care “inflicter” than a natural who adapts to this new role and life phase smoothly. Although how smooth can this situation ever be, I’d ask. But Hodgman’s case is especially bumpy. He’s had a lifetime of being uncomfortable in his own skin, so a return to his stifling hometown and a house full of family memories – some heartwarmingly lovely, others reminding him of why he’s struggled with himself – was bound to be an emotional minefield. But he does make it very funny in the telling, imagine this child:

“I’m a nervous wreck,” I’d cry out. I was an only child, raised mostly among adults. I repeated what I heard …

Hodgman is gay, and in his stiff, old-style Midwestern family (“She is of a generation who existed before feelings were spoken of,”) that wasn’t the most accepting environment. It laid the foundation for what would be a life of neuroses, self-doubt, and a loneliness he’s come to accept as normal. He loves his mother and his late father, but as he goes about his new normal in the day-to-day with Betty, he reflects on what their lives together were like.

Like the assortment of strange relics in our basement, I have some cracks, broken chips, missing pieces. I have spent my life trailed by voices in my head saying, “You’re no good. This isn’t right. You’re not right.” My skin is sometimes the most uncomfortable garment of all.

He allows nostalgia for his youth, and Betty’s, while examining what it all meant and what some of it cost, and navigating the new dictates of their present while bracing for what’s to come. Heavy subjects, especially when past hurts and the heartbreak of seeing aging parents are involved, but the surprising delight amidst it is the bright humor with which Hodgman recounts episodes both past and present. This wit strikes the perfect balance with the seriousness that prompted his move home, of recalling the friction with his family and questioning of his own choices, the haunting memories of being a gay man in New York City at the beginning of the AIDS crisis. It’s cliche to say “I laughed, I cried”, but did I ever while reading this.

Through it all, Hodgman draws comparisons between the way he lived his life and how his parents did, and considering this in the light of the approaching end of Betty’s life. It may sound uncomfortable, or upsetting in what it makes you consider about your own, but I can only insist that it’s thoughtful, funny, and much lighter than it all may sound. It ends up reassuring and comforting to anyone who’s grappled with the same questions, problems, or scenarios. It’s relatable, and I say that as a non-gay, non-middle aged non-male not from the Midwest.

I took it in. I really did. I heard everything that people in the world around me said about who I was. It hurt me, but I thought I had no right to say anything because I was wrong. I didn’t know what silence would cost, how it would change my life. It takes a long time to outrun the things that the world drills into you.

When she finds a book she likes, she reads it again and again, but will never admit she has actually enjoyed it. “It was all right,” she says. “Better than most of that stuff you get. Better than that Rachel Maddow. She goes on television looking like she is about to play baseball.”

[His father] said, “Maybe your mother would let you off if we could think of some other sport you could play.”
I asked, “How about bridge?”

One of the older boys was named Kevin, a junior or senior. He drove a noisy old car and taunted me. I imagined this automobile exploding, dismembering my most immediate nemeses and sending the Bible carrier flying toward the loving arms of his Lord Jesus.

The ending isn’t exactly satisfying (but when are these things, in real life). I know that I wouldn’t have appreciated this story and its telling when I was younger. And Hodgman’s self-deprecation, while still accepting himself for who he is, was an appealing glimpse of a life. But when he writes, “I think people who have always felt okay in the world will never understand those of us who haven’t,” I think the same goes for whether a reader will fall in love with the book. It may be hard to identify with if you haven’t experienced similar – the impending loss of a parental figure and the upsetting changes preceding it, or a lifelong sense of discomfort in your own skin.

Hodgman mentions that he’d always wanted to write a book and it feels like this was the one he was meant to. Touching, hilarious, warmly uplifting and reassuring, like a firm Midwestern pat on the shoulder in times of crisis – a quiet testament to everything being ok even when it’s not ok. 4.5/5

I want my mother to know that I may not be what she expected, but I am someone who tries to be good…I cannot bring her the child who sings with my father’s voice. But I can wait with her through these strange days for whatever is going to happen.

Bettyville: A Memoir
by George Hodgman
published 2015 by Viking