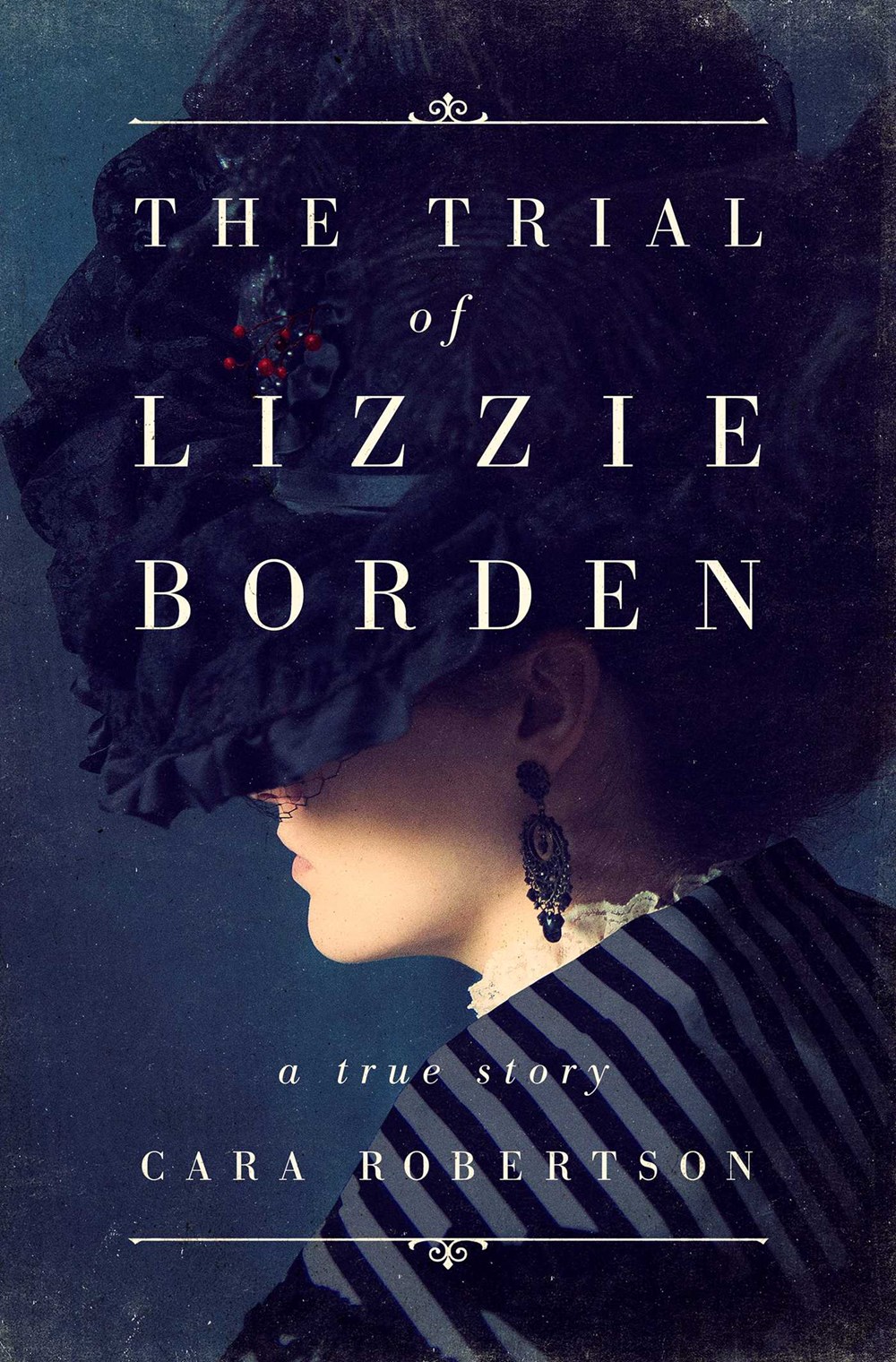 Lizzie Borden’s is a story that’s persistently intrigued us for over a century. This latest nonfiction treatment, coming on the heels of multiple recent novels, a TV movie and series, a work of YA nonfiction, and a feature film shows that’s not likely to change anytime soon.

Why does this case endure? “Lizzie Borden took an axe” might have us think brutal axe murders were unusual enough to warrant memorializing in rhyme, but they weren’t that uncommon, or not enough to explain this one’s catapult into infamy. The Axeman of New Orleans and The Man from the Train detail cases of axe murder sprees. Both remain unsolved (though an elaborate solution is proposed in the latter.) What about the Borden story is so captivating?

Well, gender and the accused’s social status, for starters. Lizzie’s unthreatening appearance, juxtaposed with the graphic nature and shock of the crime in a peaceful town was difficult for the public to process: “All of the descriptions grappled with the disjuncture between the relative ordinariness of her physical appearance and the horror of the crime for which she was on trial.”

Then there’s the idea that someone was tried and despite acquittal, there’s not much room for another culprit, even with the hindsight of history: “There was something about the locked-room mystery of the Borden murders that turned everyone into an amateur detective,” attorney Cara Robertson writes.

This is Robertson’s twenty-years-in-the-making, thorough accounting of what’s known about the infamous axe murders of Lizzie’s father, Andrew Borden, and stepmother, Abby Borden, on August 4, 1892 in Fall River, Massachusetts. Lizzie, the younger of Andrew’s two daughters, was charged and acquitted but suspicion and guilt would linger for the rest of her life, as it still does.

Robertson rigorously documents detailed context, like neighborhood and family routines, while advancing through theories presented then and since, and why they’re not valid. This was an odd household where, thanks to Andrew’s frugality, they were often ill from food poisoning (and had eaten mutton soup for breakfast on the hot summer morning of the murders despite a bout of stomach upset – woof.) Robertson deftly explores the strange details that emerged after the crimes, like whether frequent food poisoning was unintentional or deliberate, Lizzie’s unlikely alibi and recent attempt to purchase prussic acid to clean a cape, and the role and relationships of the only other household member, Irish maid Bridget Sullivan.

The heavy focus on the trial of the title shows the justice process of that era, and the gender issue is also well examined. It seemed that being a woman worked both for and against Lizzie, depending on who benefited. As one judge said:

Suppose for a single moment that a man was standing there. He was found close by that guestchamber which to Mrs. Borden was a chamber of death. Suppose that a man had been found in the vicinity of Mr. Borden and the only account he could give of himself was the unreasonable one that he was out in the barn looking for sinkers, that he was in the yard, that he was looking for something else. Would there be any question in the minds of men what should be done with such a man?

There’s also a telling look at the dysfunction in the Borden household and its strange circumstances, like Andrew’s stinginess despite decent wealth, the rift between Abby and her stepdaughters, and Lizzie’s belief that she deserved a higher station in life.

At least something about the uncomfortable family dynamics seems to have permeated the legal discourse. The idea that a daughter could kill her father was horrifying; that she might have killed her stepmother, less so. The prosecutor, Hosea Knowlton (many delightful names here) even describes Andrew’s murder as the “far sadder” of the two – the charge for Abby’s murder was brought after Andrew’s and was always treated as the lesser crime, overtly and otherwise.

The final two short chapters contained a lot I would’ve liked to know more about – a look at theories and angles other authors have used in examining the case over time and how those were connected to the eras that produced them. Robertson gives an excellent overview but it’s hurried. She also describes a file that’s still confidential and likely to remain so (the story of where it came from, stored in something called a “hip bath”, is worth the read alone). But as for new information, it’s not forthcoming.

Another drawback is that trial content rarely is consistently compelling, something not unique to this book or story. And the style is more straightforward fact-telling than creatively written storytelling. I’m fine with that when I just want to learn the ins and outs of something, which was the case here, and it succeeded.

Robertson’s attention to cultural and social standards is compelling enough – as one female reporter recalled, “The reporters around me were for Miss Borden as one man – convinced of her innocence, showing the conviction between the lines of their reports, and burning with sympathy for her.”

A Fall River newspaper wrote, under the headline, “Where to Look for Your Wife”:

“There has been no elopement; the dear creature is probably in the crowd of morbid females who are storming the door of the county court house, trying to get admission to the Borden trial.” … Joe Howard dubbed it “woman’s day” in honor of the “multitude of New Bedford’s fattest and leanest of the feminine gender” there to partake of the proceedings.

Robertson tells this story evenhandedly and carefully presents opposing views for each argument. She doesn’t take sides herself. Instead, she frames the case in historical context and shows something revealing of why this story has such pull, how it’s still inspiring fresh iterations after so long.

Even as the murders themselves seemed summoned from a mythic reservoir of human darkness, the trial of the alleged perpetrator occurred in a specific time and place, America in the Gilded Age, its most deeply held convictions and its most troubling anxieties inscribed in every moment of the legal process. Lizzie Borden was a young woman – a lady – and an accused axe-wielding parricide. It should not have been possible. Throughout the trial, Lizzie Borden remained a Sphinx-like cipher. Reporters “found texts for columns in her looks, her bearing, her method of speech, her personal habits, her ability to sleep, her fattening process … and everything connected with her.” Yet for all the scrutiny, she remains elusive. And as the New York Times correctly predicted, “The verdict, if there shall be a verdict, will make little difference.”

An exhaustive narrative of perhaps America’s most infamous historical crime, occasionally over-detailed and lacking revelatory material, the worthwhile picture of Gilded Age social mores and culture more than makes up for it. Despite Robertson’s balance, it’s impossible not to come to a conclusion of what transpired from this thorough presentation. 4/5

The Trial of Lizzie Borden: A True Story
by Cara Robertson
published March 12, 2019 by Simon & Schuster

23 thoughts on “The Latest On Lizzie: Extensive Account of The Infamous Maybe-Murderer”