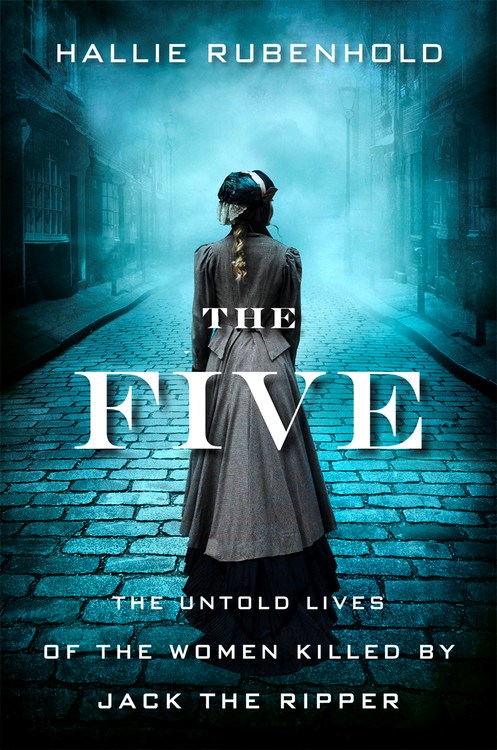 Polly, Annie, Elizabeth, Catherine and Mary Jane are famous for the same thing, though they never met. They came from Fleet Street, Knightsbridge, Wolverhampton, Sweden, and Wales. They wrote ballads, ran coffee houses, lived on country estates, they breathed ink-dust from printing presses and escaped people-traffickers.

The truth of these women’s lives was not simple, and the sensationalist nineteenth-century press was certainly not telling the whole story … Neither did the editors nor the journalists covering this story deem it necessary, worthy, or interesting to delve into the biographical details of the victims. Ultimately, no one really cared about who they were or how they ended up in Whitechapel.

Former Scotland Yard behavioral analyst and victims’ advocate Laura Richards laments on the Real Crime Profile podcast that too often, victims become footnotes in their own murders. It’s a telling phrase that unfortunately describes too many notorious cases.

It applies to the victims of Jack the Ripper, England’s most notorious serial murder case and one that never ceases to stoke our imaginations and inspire new research, theories, and potential suspects. We could all name gory details of the story, but might be more hard pressed to give personal details about – or even names of – the victims. In fact, precious little is commonly known about (and even less page space has been given to) the “canonical five” – the five women considered likely victims of the same killer we call jack. If we had to cite one thing they had in common, it’d likely be what they did for a living.

Social historian Hallie Rubenhold seeks to set the record straight in The Five, the first full-length biography of the Ripper’s victims, and give the women back their dignity, long lost in the luridness and enduring obsession with their deaths. As Robert Kolker did with the digital-era sex workers killed on Long Island in Lost Girls, she’s written a thoroughly researched and sensitively told history completely around the victims, telling individually the lives and backgrounds of each. We learn of their origins, families, loves, work, and hobbies, in illuminating, well-told biographies with social context.

This isn’t traditional true crime. Very little about the murders or investigation is included (only so far as explaining why inaccurately labeling them “prostitutes” hindered it.) Nothing about the culprit is here. That could vex some readers expecting otherwise, but it’s deliberate and effective. You can read all of that elsewhere anyway. This tells the sociology behind how they came to be where they were when he found them – alone, vulnerable, on the streets – despite having lived full, nuanced lives that somewhere went off course.

I wish … to retrace the footsteps of five women, to consider their experiences within the context of their era, and to follow their paths through both the gloom and the light.

This book is a prime example of the official history having gaps and yet an author managing to write in a way that doesn’t feel uncomfortably speculative or fictionalized. Rubenhold references clear evidence from source documents at every opportunity, but when relating a story or detail lacking documentation, she explains it carefully using what’s known of the actions and reasoning and how the same is documented in similar circumstances elsewhere. She identifies the lack of material as being the primary obstacle to our knowing more about their lives, but I found myself surprised by how much she’d collated for each woman.

Histories that speculate too broadly don’t feel much like reliable histories at all, but Rubenhold works deftly with what she’s uncovered, and is transparent about where she’s had to make assumptions of necessity, none of which were far-fetched and all of which are carefully framed with context and data relevant to the times. I learned so much about the working class in Victorian England through these women’s biographies, including about the rampant alcoholism and its subsequent societal problems, of which these women illustrate several.

Some documents, which must’ve seemed dry on the surface, ended up telling fascinating, if heartbreaking, stories. Like subsidized housing records for Polly Nichols’s family, which revealed a domestic drama and affair ending with Polly’s abandonment of her broken home. This is where we’re left to wonder what she felt and what her motivations were – devastation? Frustration? Anger? History can’t reveal it, but the circumstances tell so much nevertheless.

Even official documentation from three of the five coronial inquests is missing: “All that remains is a body of edited, embellished, misheard, reinterpreted newspaper reports from which a general picture of events can be teased.” Rubenhold wisely doesn’t delve into speculation about the investigation, again leaving it for a different type of history.

Interestingly, Rubenhold posits that the way the women’s throats were cut indicated it could’ve been done while they were lying down, i.e., asleep. But after this mention forensics aren’t returned to, and as she clearly states, it wasn’t her intention to shed light on the crimes themselves. Unsurprisingly, the Victorian morality code is to blame for the label affixed to them.

At the time of the murders, the belief that ‘Jack the Ripper was a killer of prostitutes’ helped reinforce this moral code. However, while it served an agenda in 1888, this often repeated line fails to serve any immediately obvious purpose today. Nevertheless, it is still the one ‘fact’ about the murders upon which everyone can agree, and yet it does not bear scrutiny.

Charles Warren’s police order had recognized the difficulties in distinguishing a prostitute and her behavior from that of other poor, working-class women and their behavior, especially when the broader context of a woman’s actions, as well as her own voice, are missing from the equation.

About Polly, Rubenhold writes, “At times the coroner’s inquest became a moral investigation of Polly Nichols herself, as if the hearing was held in part to determine whether her behavior warranted her fate.” It’s resonant of the discussion that still alarmingly dominates today, especially in relation to the so-called “less-dead“.

Revealing, sensitive, intelligently written account of women who had troubled lives, but ones that encompassed far more than the infamy of their deaths has allowed. Brilliantly readable and informative. 4.5/5

The courses their lives took mirrored that of so many other women of the Victorian age, and yet were so singular in the way they ended.

The Five:
The Untold Lives of the Women Killed By Jack the Ripper
by Hallie Rubenhold
published April 9, 2019 by Houghton Mifflin Harcourt