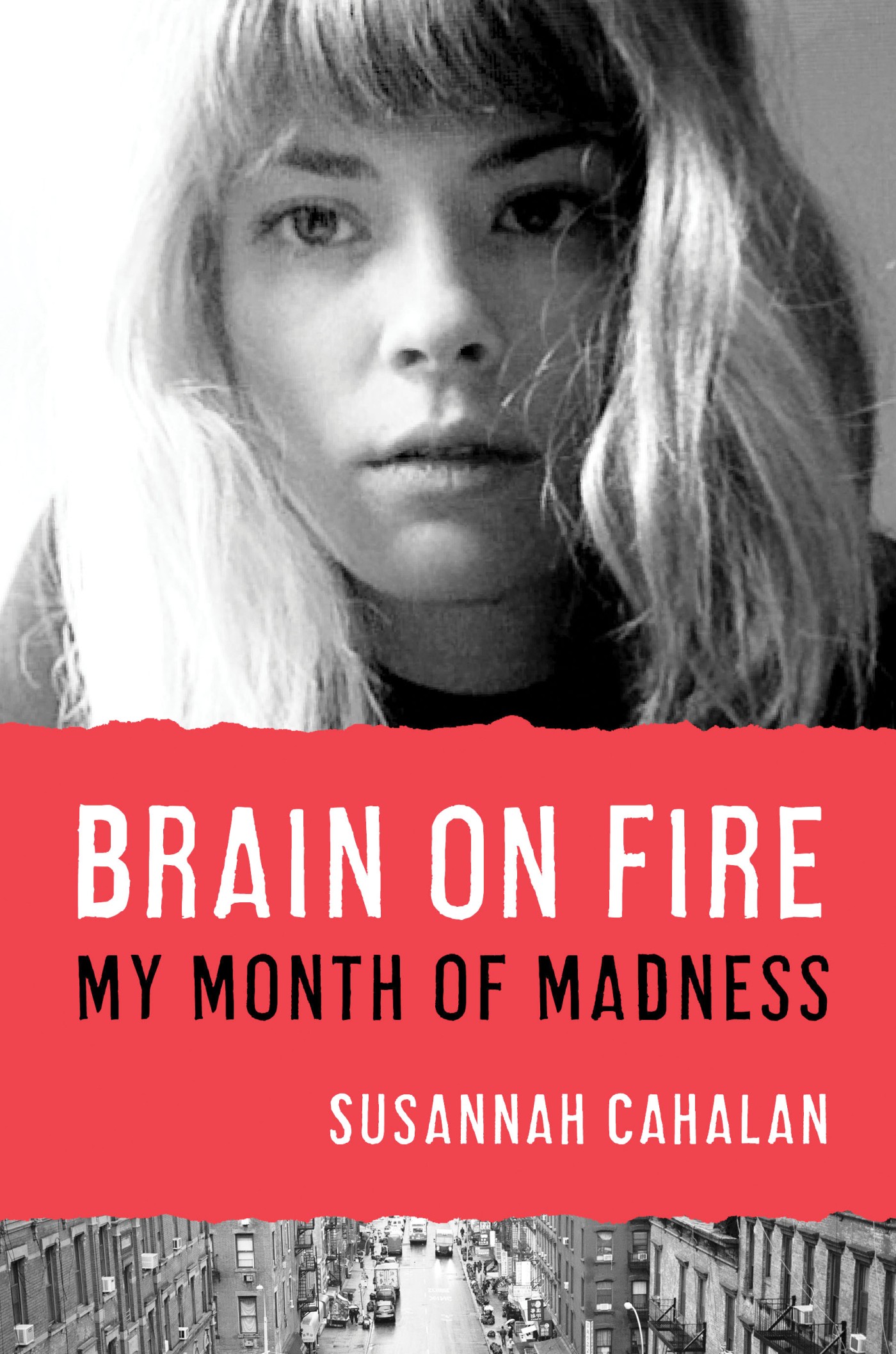 The mind is like a circuit of Christmas tree lights. When the brain works well, all of the lights twinkle brilliantly, and it’s adaptable enough that, often, even if one bulb goes out, the rest will still shine on. But depending on where the damage is, sometimes that one blown bulb can make the whole strand go dark.

Then 24-year-old New York Post reporter Susannah Cahalan’s memoir of her mysterious illness opens with a scene that, when I tried to read this previously, hit too close to home. She thinks she has bug bites and, this being 2009 in New York City, came to the conclusion her apartment was infested with bedbugs. She goes ahead with fumigating even after an exterminator finds no trace of bugs. The intense paranoia is the first sign that all isn’t right in her perception, and, by extension as we see her precarious situation ominously decline, her brain.

Having lived through the height of the bedbug epidemic in New York, it was TOO REAL for me. I never had an infestation, but I developed a lingering psychological fear anyway, witnessing what friends went through plus several false alarms. As much positive buzz as this book generated around its release and despite its popularity since, that plus not being overly keen on medical memoirs, which usually make me feel more uncomfortable than enlightened, meant I shelved it for a long while.

Two things made me pick it up again. First, I read an advance of an absolute page-turner about the crimes and capture of mysterious serial killer Israel Keyes by Cahalan’s Post colleague Maureen Callahan, who thanked Cahalan for editing help in the acknowledgements. That book was so well written and engrossing it made me curious to read Cahalan’s own writing. Then I saw Cahalan will publish her second book this fall, a narrative history about psychologists who went undercover in asylums to test the system of diagnoses and treatments. I thought I should read her memoir first, despite it sounding like a link between the subjects won’t be heavily significant, besides Cahalan’s own frustrations at initially being diagnosed as mentally ill when her affliction had different origins.

Was I ever glad that I tried it again. It is such a haunting and impressively structured book. Cahalan walks the reader through what she remembers and felt as her descent into paranoia and public breakdowns, including at work, gave way to seizures, turning into a stay at New York University’s Langone Medical Center. There, a team of doctors in the EEG monitoring unit tried to determine the underlying cause of her strange array of symptoms. On the way to the discovery that her brain was inflamed, she was falsely diagnosed with bipolar and schizoaffective disorders, alcohol abuse, and other unhelpful detours before ultimately getting the care she needed from one perceptive doctor who was able to piece together the many odd and disparate-seeming symptoms she’d displayed.

But a happy ending wasn’t immediately in sight – she’d lost a blacked-out month while hospitalized, shaking her confidence and understanding of herself and her abilities, and faced a long, rocky recovery and total upset of her former independent life.

…Shame emerged out of the precarious balancing act between fear of loss and acceptance of loss. Yes, I could once again read and write and make to-do lists, but I had lost confidence and a sense of self. Who am I? Am I a person who cowers in fear at the back of a spin class, avoiding everyone’s gaze? This uncertainty about who I am, this confusion over where I truly was in the time line of my illness and recovery, was ultimately the deeper source of the shame. A part of my soul believed that I would never be myself, the carefree, confident Susannah, again.

What’s unique about this memoir of unusual experience is how little Cahalan remembers from her ordeal, making her an unreliable narrator of her own survival story. As she slid further into hallucinations and a catatonic state, her memories of reality receded. With her own fractured or nonexistent memory as an obstacle to narrative, she pieces it together using video footage from bedside monitoring and interviews with hospital staff and concerned loved ones.

Although Cahalan’s experience was terrifying, her storytelling doesn’t rely on shock or horror to make its emphasis felt. She provides insightful background on this rare neurological condition, finally diagnosed as anti-NMDA-receptor autoimmune encephalitis (the body’s autoimmune system attacking the brain). It’s only recently been better understood – Cahalan was the 217th person diagnosed – and despite the alarming implications of a rare, potentially deadly and seemingly easily misdiagnosed condition, this remains a gripping story of a challenge overcome and not a vehicle for paranoia.

Also setting it apart is Cahalan’s eloquence in telling her story and conveying how harrowing and confusing it was to put her life back together while on the road to recovery. Her voice is strong but vulnerable simultaneously, and beautifully descriptive – very few words wasted here. I don’t often get that impression, especially in memoirs.

When you think all is lost, the things you need the most return unexpectedly.

Brain on Fire: My Month of Madness
by Susannah Cahalan
published 2012 by Free Press

39 thoughts on “The Inflamed Brain and The Unreliable Narrator”