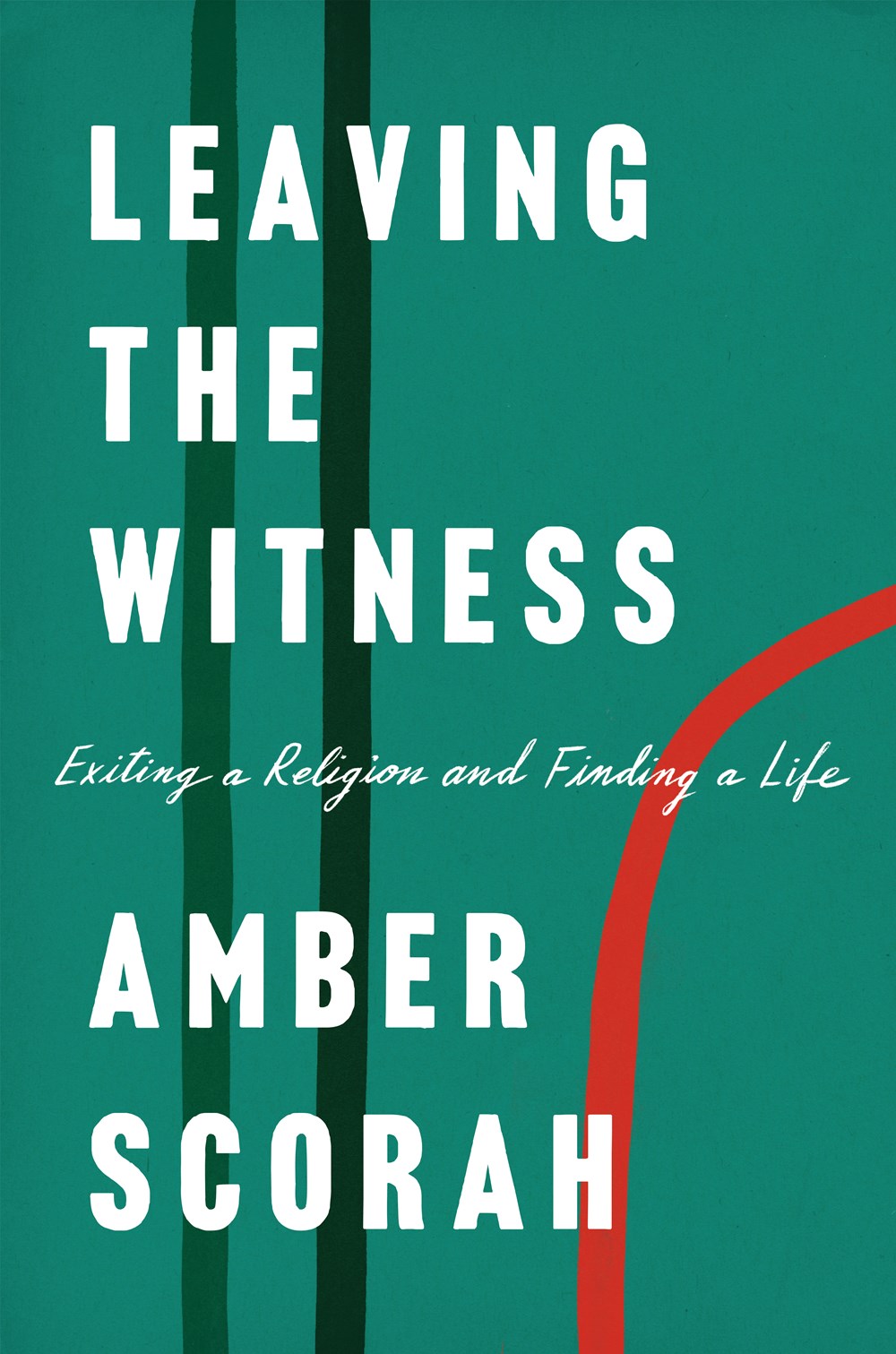 A Witness cannot just fade away without anyone trying to intervene, and it was hard to find enough mental space to gain any perspective. It’s not the kind of religion that lets you walk away, because the people in it think that by walking away, you have lost your mind and interventions will bring you to your senses. Who would give up on everlasting life, on the Truth? … Here I was, married to an elder, a pioneer missionary. All my friends were Witnesses. Almost all of my family were Witnesses. And I myself was still on the books as a pioneer missionary, too. When someone like me no longer believed, they were considered a traitor — God’s enemy, an apostate.

Amber Scorah was a Jehovah’s Witness, a sect cult-like in its practices and control of members, and disturbingly Armageddon-focused. Married young, she and her husband traveled to China, “one of the last frontiers” for Witness missionaries. There’s an element of intrigue and danger since the Chinese state expressly forbid religious proselytizing, leading Amber to devise methods to surreptitiously approach potential converts.

Though now three official Christian ‘churches’ were recognized by the government, they operated under strict regulation, and any other Christian sect had to conduct their activities secretly, underground. Becoming a Christian had become a modern, reactionary move for many young people.

But the marriage was falling apart, and Scorah went through the motions in Shanghai while becoming aware of possibilities she’d long been conditioned not to consider. She got a job with a Chinese language learning podcast, where she met a customer, Jonathan, in the US. They started chatting, discussing her life as a Witness, and he became a foil for her unquestioned beliefs, pushing her to confront uncomfortable ideas about mission work, ideology, and why she felt bound to Witness doctrine.

This section around the relationship feels weak, as the cracks in Scorah’s faith are emphasized by pages of online messaging. It illustrates their debate, but since her writing is so insightful and polished elsewhere, it’s not as compelling or revealing. It’s her analysis of how her thinking changed that makes a greater impact.

I somehow had the effrontery to try to alter the course of their history, to urge these people to make over their lives into the shape of mine, when I had never even considered how my own life had come to look as it did.

There have been a number of books written by women about abandoning various religions, and I find them irresistible. But I’m unfamiliar with Witnesses, with only a general idea of their wilder beliefs, like about blood and no birthdays. Satisfyingly, Scorah includes details and inner workings, something often lacking in similar narratives. She was drawn in by her grandmother slightly later, after a more secular early childhood, and uses some recollection of this time to frame her relationship to the group.

I was the imitation-Jehovah’s Witnesses who didn’t know that Smurfs were Satanic things that jumped out of wallpaper in bedrooms (a common belief among Witnesses at the time), or that I shouldn’t say “bless you” when someone sneezed, eat “Lucky Charms” cereal, or play Pac-Man on our Atari, because of the ghosts.

She’s a gifted, candid writer, with wonderfully evocative storytelling ability. The atmosphere she describes of China is vivid and sensory. She has an eye for detail that enhances what could’ve been a straightforward, navel-gazing story but avoids every potential pitfall to become something more meaningful, and unsettling. As she becomes rattled, the reader feels it.

I wanted so badly to save people. It was necessary for me that all of this be true. I was so desperate for it to be true that I left my home and learned this language and found these people, ignoring any risk that might mean for them or for me, dismissing the cues that told me I was wrong to be here, that they didn’t need me.

After she manages so much, including getting out of China, which proved even more difficult than going there in the first place, she faces a further tragedy in her new life in New York City. Scorah made headlines in 2015 when her baby son Karl died suddenly at daycare on her first day back to work. It’s a brutally heartbreaking story, and she’s become an advocate for paid parental leave. I’d known this already and wondered how it would figure in, which ultimately surprised me.

But no understanding comes, any more than it did to any other human who walked this hard land, feeling entitled to explanations where there are none.

Her honesty and bravery thoroughly impressed me. Not only in what she did, but in how she writes about it and what she chooses to say. It’s not easy to share all this, neither is it easy to state unequivocally that she’s unwilling to buy into further promises of religion despite unimaginable tragedy. I cringed reading the end, not because I was uncomfortable with her opinions — I applaud her — but because I’m afraid she’ll catch undeserved flak for it.

People tend to be more okay with someone having a different religion or spirituality than whatever they subscribe to, but caveat: you’ve gotta have one. If your personal beliefs don’t include a higher power or belief in the afterlife, there’s a tendency for people to get testy, aggressive, condescending, etc. So I was somewhat astonished but impressed at Scorah’s bravery, not only in resetting her life, but in stating her beliefs, or lack thereof, so candidly.

I … flew to the other side of the world, and spent all my time preaching because I could not live with the idea that there were no answers. That everything was not going to be okay… I could not tolerate the idea that one day, I would die, like everyone else.

A bittersweet story, quietly triumphant in its convictions despite no amount of painful obstacles along the way. The writing frustrates just a bit – it’s eloquent and lush for the most part so some stutters stand out, but overall this is a deeply felt, intelligent and insightful look into why leaving was so difficult, and how she forged ahead anyway. 4.5/5

Somehow, in one of the most restrictive places in the world, I had found freedom.

Leaving the Witness:
Exiting a Religion and Finding a Life
by Amber Scorah
published June 4, 2019 by Viking

25 thoughts on “Losing Her Religion: A Former Jehovah’s Witness on Leaving the Faith”