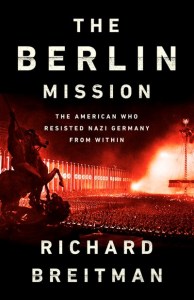 The Berlin Mission: The American Who Resisted Nazi Germany from Within, by Richard Breitman (October 29) — US consul Raymond Geist worked in Berlin for a decade beginning in 1929. He organized visas for hundreds of children and some well-known figures, like Einstein. He struck a difficult balance between working with powerful Nazis out of necessity and challenging the police state, while having a homosexual relationship with a German. The book claims he was “the first American official to warn what lay ahead for Germany’s Jews,” which sounds like a story worth hearing. Preorder: Amazon / Book Depository

Vanity Fair’s Women on Women, edited by Radhika Jones, David Friend (October 29) – Collected profiles of women, by women from the magazine that prides itself on “tak[ing] the pulse of the culture—high and low”over the past 35 years. “From the viewpoint of the female gaze … everyone from Gloria Steinem to Princess Diana to Rihanna to essays on workplace sexual harassment… and a post-#MeToo reassessment of the Clinton Scandal (by Monica Lewinsky).” And Tina Fey! I love a good profile and realized I’ve missed many of these, so a collection seems perfect. Preorder: Amazon / Book Depository

The Great Pretender: The Undercover Mission That Changed Our Understanding of Madness, by Susannah Cahalan (November 5) – In the 1970s, a group of people, none with mental illness and led by a Stanford psychologist, went undercover in US asylums to test the accuracy of diagnosis and treatment. They couldn’t leave until they’d convinced staff they were sane. They all received diagnoses and “troubling” treatment. That study changed the field of mental health treatment, but Cahalan has uncovered more to the story. She’s no stranger to false diagnoses of mental illness, and is an exceptional writer, so I suspect this will be outstanding. Preorder: Amazon / Book Depository

Berezina: From Moscow to Paris on Three Wheels Following Napoleon’s Epic Fail, by Sylvain Tesson, translated by Katherine Gregor (November 5) – I adored Tesson’s The Consolations of the Forest and was overjoyed to see another of his has been translated. It’s quirkier: with several friends, he followed Napoleon’s retreat from Moscow to Paris, on an old Soviet motorcycle with sidecar (they traveled on that, not Napoleon.) Tesson brilliantly incorporates humor, local flavor, history, and a bittersweet nostalgia into his writing, and the concept of this one is delightful. Preorder: Amazon / Book Depository

The Russian Job: The Forgotten Story of How America Saved the Soviet Union from Ruin, by Douglas Smith (November 5) – Smith’s next Russian history after tackling Rasputin involves one of my favorite mini-genres: forgotten cooperations between the US and the Soviet Union (Tim Tzouliadis’s The Forsaken is extraordinary). Sometimes these are less forgotten than purposely erased — like with the American Relief Administration, a charity invited to the Soviet Union in 1921 by Lenin’s government to provide humanitarian aid during famine. This promises “political intrigue, espionage, the clash of ideologies, violence, adventure, and romance, and features some of the great historical figures of the twentieth century.” Preorder: Amazon / Book Depository 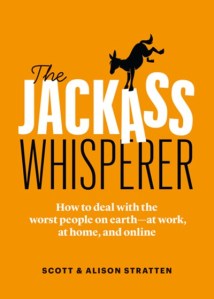 The Jackass Whisperer: How to deal with the worst people on earth — at work, at home, and online, by Scott Stratten, Alison Stratten (November 5) – Promising to be “a rallying cry for everyone tired of keyboard commandos and people who use speakerphones in open plan offices” (I hope they include listening without headphones on the subway), business book authors Scott and Alison Stratten depart from their usual fare to offer a “definitive guide to surviving the jackassery in your life.” Preorder: Amazon / Book Depository

The Seine: The River that Made Paris, by Elaine Sciolino (November 5) – Blending memoir, travelogue, and history, author and former New York Times Paris Bureau chief Sciolino recounts her fascination with the river that runs through Paris, sparked in 1978 when she was a young journalist in the city. She traces it to its source in Burgundy and to where it flows into the sea at Le Havre. Along the way, we meet a cast of river-related characters (“a bargewoman, a riverbank bookseller, a houseboat-dweller, a famous cinematographer known for capturing the river’s light”) and learn its historical importance. Preorder: Amazon / Book Depository

In the Dream House: A Memoir, by Carmen Maria Machado (November 5) – Machado’s memoir recalls an abusive relationship “with a charismatic but volatile woman.” Structured by narrative tropes like the haunted house and bildungsroman, it examines her “religious adolescence, unpacks the stereotype of lesbian relationships as safe and utopian” with “essayistic explorations of the history and reality of abuse in queer relationships.” And it weaves in a critical element connected to “iconic” films, fiction, and television. There’s a lot at play, but Machado is an award-winning, much-loved author who sounds like she can pull it off. One of my most anticipated (and wins my cover-of-the-year award.) Preorder: Amazon / Book Depository 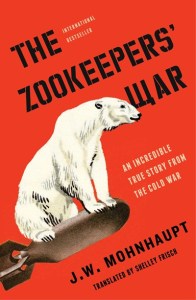 The Zookeepers’ War: An Incredible True Story from the Cold War, by J.W. Mohnhaupt, translated by Shelley Frisch (November 12) – A German bestseller on a lesser-known Cold War battle: In the 1960s, the zoos of East and West Berlin waged a competition that became a proxy for the political and ideological divides between the city’s halves. Both zoos invested more and more money attempting to one-up the other. “Eventually politicians on both sides of the Wall became convinced that if their zoo were proved to be inferior, then that would mean their country’s whole ideology was too.” Preorder: Amazon / Book Depository

Highway of Tears: A True Story of Racism, Indifference, and the Pursuit of Justice for Missing and Murdered Indigenous Women and Girls, by Jessica McDiarmid (November 12) – Investigative journalism trekking Canada’s Highway 16, exploring the many unsolved disappearances and murders of women from this area of rural British Columbia, the majority Indigenous. It also examines the justice system that’s failed them. This is a subject thankfully getting more attention lately, especially since Prime Minister Justin Trudeau opened an inquiry into the more than 1,000 Indigenous women missing or murdered in Canada. This is also victim-centric, honoring and shedding light on their lives. Preorder: Amazon / Book Depository

The Program: Inside the Mind of Keith Raniere and the Rise and Fall of NXIVM, by Toni Natalie, Chet Hardin (November 19) – Natalie is cult leader Keith Raniere’s “Patient Zero,” the first indoctrinated and first to escape NXIVM (I hate writing that name). She gives an insider’s look at the rise and fall of the cult and Raniere’s methodology, “including his use of sex, blackmail, and employment of psychological tools such as neuro-linguistic programming.” That last one is especially intriguing. Interestingly, “in the spirit of Erin Brockovich, Toni’s is a nuanced narrative of a multi-dimensional woman saving herself, and then working tirelessly to help other women do the same for themselves.” Preorder: Amazon / Book Depository 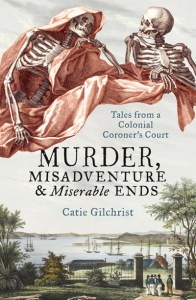 Murder, Misadventure and Miserable Ends: Tales from a Colonial Coroner’s Court, by Dr. Catie Gilchrist (December 17) – Nineteenth century colonial Sydney is described as “a precarious place of bustling streets and rowdy hotels, harbourside wharves and dangerous industries.” Following the city coroner, Henry Shiell, from 1866 to 1889, this looks at the sudden and suspicious deaths he was called to investigate, and the circumstances of the city environment around them. Colonial Sydney is a blank for me, so this sounds enlightening and my morbid curiosity is piqued. Preorder: Amazon / Book Depository

Did any of these pique your interest as well? What new nonfiction still to come in 2019 are you most looking forward to?