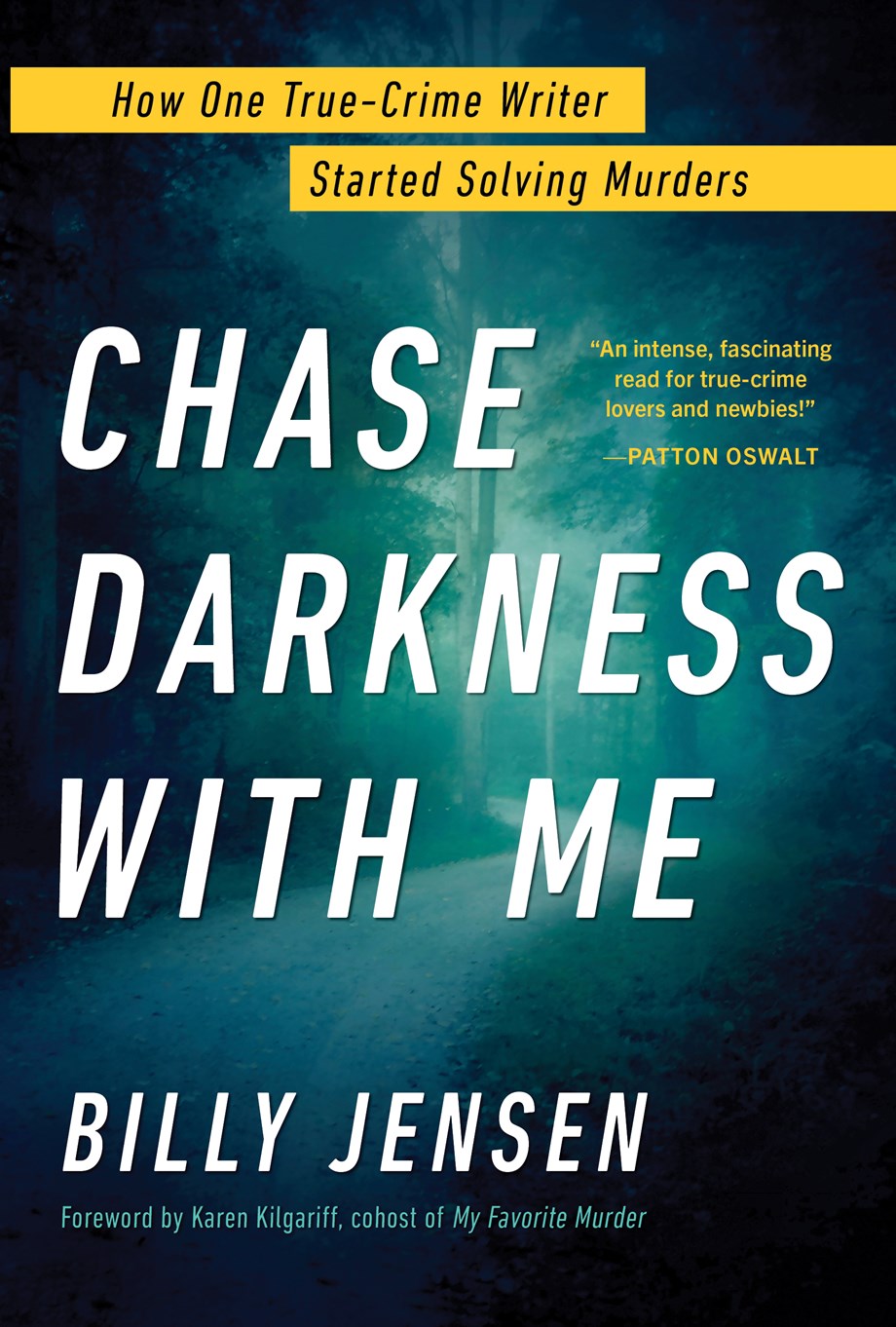 Crime writer and citizen digital detective Billy Jensen is known for his collaborative efforts to finish Michelle McNamara’s I’ll Be Gone in the Dark posthumously, but he has an impressive resume of his own in true crime journalism.

In this account of his progression from crime news reporter with the show Crime Watch Daily and the Long Island newspaper True Crime Report, which he founded, to social media geotargeting expert, Jensen also tells stories about his father and what drew him to crime reporting. Memoir interspersed with true crime can be hit or miss, but as he’s a thoughtful and careful writer and ties the memoir elements well to his interest and experiences, it ends up fairly well done and meaningful here.

Jensen’s shift from traditional investigative reporting to digital detective happened with the opportunities social media provided. He recognized that more news consumption is now via social media, noting that even if a person follows their local TV news station’s Facebook page, “Most stories that are posted by a media publisher reach only 7-10 percent of their fans or followers. Of those that are reached, it’s only another small fraction that actually clicks on the link and reads the story or watches the video. If you are a TV station airing a video showing a man getting murdered and asking people to identify his killer, most people are not going to see it. How is the public ever going to help with solving the crimes if they never even see the news?”

I was so interested in his explanations of the changes in media and how news consumption is affected — which we know about already — but I hadn’t considered how that had affected crime-solving, and he analyzes it brilliantly. Jensen felt uniquely positioned at this intersection of the death of print media and changing public awareness of crimes, having worked in print journalism for the Long Island Press and for websites driving traffic with clickbaity headlines and stories intended to grab viewers’ attention long enough to read and share.

He was spurred into action by the bystander video of “the man in the green hoodie,” as he calls him. In Chicago, this man had punched another man, Marques Gaines, knocking him out. Gaines was robbed and run over before the video was over. It’s such a viscerally upsetting incident that it’s easy to see why Jensen felt he had to do something to force the perpetrator to justice (and he does.)

The homicide of Marques Gaines isn’t the type of true crime story most people gravitate toward. It’s a street crime. There was a think piece to be written about the bystander effect on the crowd as they rubbernecked from the sidelines, a Kitty Genovese redux unfolding in 2016 America. But most true crime addicts don’t want to hear that. They want twists and turns. They want love gone bad. And most of all, they want solves.

People read and watch and listen to true crime because it restores order from chaos. That’s the answer to give when someone asks you why you like hearing about real-life murders. It’s the comfort of watching everything be put in its place after an episode of outright, sickening bedlam.

I’m not sure I agree with that entirely, but maybe it helps explain things for some. Jensen’s point is that in his time writing and reporting crime stories, it was the unsolved kind that nagged at him, furthered by letters and pleas from victims’ loved ones to help. He focused on the unsolved ones: “People don’t like stories without endings, but I wrote them anyway.”

He also began using his own money to buy Facebook ads in regions connected to unsolved crimes, including the El Monte Jack in the Box murder and the longest story told here, of the Bear Brook murders — four long-unidentified female bodies found in barrels in Allenstown, New Hampshire. He used videos and photos, knowing that someone nearby would recognize either perpetrator or victim, and strove to make the ads intriguing (like writing them in the killer’s voice) to get people to pause and pay attention while scrolling their feeds. Any credible tips were immediately handed over to police.

In terms of being impossible to put down, it’s a 10/10. Jensen has a warm storytelling voice, and he clearly cares so, so much. In all of the stories he recounts from his two-plus decades of working in crime reporting and sleuthing, that concern plus a strong sensitivity are overwhelmingly evident.

But after explaining his methodology, including meticulous rules for how to be a cold case citizen sleuth/digital detective, I felt slightly uncomfortable with the idea of encouraging others to do the same. Not to be overly cynical — Jensen has obviously done good in getting justice and answers for families, and learned from experience and mistakes. But this seems like it has the potential to go awry, mainly because, well, just people. An infamous example of internet detective work gone wrong is when police sought help identifying the Boston marathon bombers and it didn’t end well.

So despite Jensen’s specific guidance in how to do this and what not to do, I’m not sure it’s a great idea for most. His method of geotargeting social media, mainly Facebook, could be harmless enough. These are just ads with photos or video asking anyone who recognizes to reach out. But a problematic element is that the victim’s family must be notified and give permission before ads appear. Which makes sense, but I could imagine that being a potential area for concern with other “citizen detectives” involved with grieving families. It makes me uneasy.

Yet he also writes about the families of victims who contacted him in droves, asking for help when they felt police weren’t answering or doing enough. So maybe the good of more eyeballs on these cases outweighs any bad? I really don’t know, but his career is fascinating, his stories engrossing, and his heart’s in the right place.

Chase Darkness with Me:
How One True-Crime Writer Started Solving Murders
by Billy Jensen
published August 13, 2019 by Sourcebooks

Aside: In a conversation recounted from a missing-person investigation, he comments on someone saying “She went to the market” with “Who the hell uses the word market?” Um, ME?! What’s off about the word ‘market’? I’ve always used it meaning a food store, not only an open-air or farmer’s or countryside setup. What would be normal, ‘supermarket’? ‘Grocery store’? Some form of ‘go grocery shopping’? The name of the specific store? I’m assuming this is a regional quirk, because my family members from a specific region always use ‘the store’ for the supermarket. Please share thoughts as that’s been driving me crazy since reading. I need to know why market is a suspicious word.