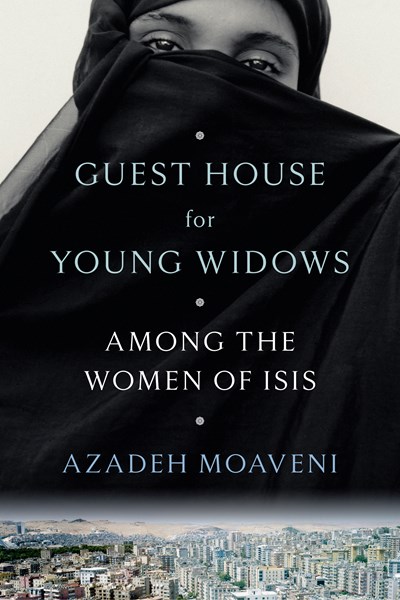 She looked at the girls in the shadows of the backseat, as they drove past grain silos whose towering outlines were visible in the dark. How little they knew what awaited them. They would soon find out that the caliphate ruled by Abu Bakr al-Baghdadi troubled itself little with the Prophet’s law. That his men used the ancient punishments meant to instill an otherworldly fear — the chopping off of hands, of heads — as bloody, nihilistic gang rituals. The girls seemed to imagine they were en route to some Romeo and Juliet scenario in the desert. How could they not know? Asma wondered what or who had bewitched these girls, that they would travel all the way across Europe and cross this desolate stretch of border in the dead of the night, in order to voluntarily become citizens of the place that, every day, made Asma question the existence of God himself.

In 2015, Iranian-American journalist Azadeh Moaveni wrote an article for the New York Times depicting life for some of the women and “enforcers” living under ISIS in Syria. It’s a moving read, and demonstrates choices and reasoning of women working for the Khansaa Brigade, the female “morality police” patrolling IS-held cities like Raqqa. It also shows their resolve crumbling as the punishing brutality of the regime hits its citizens ever harder.

But surely the choice that stokes the most curiosity is the one made by women from outside nations — Germany, Great Britain, Tunisia (although Syrians are also portrayed) — often educated and living safe, economically secure lives, to travel illegally to Syria, marry fighters and live under the bloody caliphate seen as terrorists beyond its boundaries. What made these women, some of them extremely young, choose to risk everything, their lives included, to support this brutal regime?

In Guest House for Young Widows, Moaveni expands on the personal stories of former female followers of ISIS, including those introduced in the article from the Khansaa Brigade. Among the others are the infamous Bethnal Green trio of teenagers from London, a housewife from Frankfurt, a German who converted to Islam, and several young Syrians who chose cooperation to survive. She recounts their personal and family histories, immigration backgrounds, and the complicated factors that led them to decide living under the caliphate was what they wanted, that it was the only way. Moaveni is not sympathetic with ISIS, but rather with the conditions and circumstances, including failures in the women’s families, communities, and adopted countries to address the issues that they sought solutions for in ISIS.

I started out wanting to write a book that painted milieus. If readers could be transported and helped to hear and see Tunis, London, Frankfurt, and Raqqa as these women experienced those places, they could perhaps start hating them a little bit less, and begin to understand the histories of loss that formed in the context of their deeds.

But in the course of writing, I quickly realized that a vivid portrait of milieu was not enough. A broader canvas was required, because the story of the women of ISIS is messy and sprawling, and encompasses so many strands that it could simply be described as the story of our present, and of our recent past.

Over a dozen women are profiled, all with very different biographies but common threads running through them. Moaveni’s writing is exquisite. You can get an idea from the article linked above, and although that piece stuck with me, I wondered how it would play out at book-length, which often means filler. But it’s brilliant — nuanced, sensitive, richly detailed, and most importantly, it illuminates the dark, seemingly unfathomable corners of this issue. It’s coming at a crucial moment too, as countries worldwide are faced with the decision of what to do with the hundreds of women and children, including former ISIS adherents, held in Middle Eastern detention camps.

Moaveni intersperses chapters from the women’s lives with chapters providing background and analysis on ISIS and the conflicts that gave rise to the group, including its genesis from the US-led War on Terror. This was well structured so as to be easily understandable — no small feat for this topic. This includes some exploration of the men involved, as it’s impossible to understand the women’s choices without understanding men’s roles and choices, or perceived lack thereof.

America’s War on Terror had created an enduring, transnational third dimension, a lethal space of limbo, untethered from the rules-based international order, in which suspects were passed around, held indefinitely, tortured, and executed. The West had become more extreme, and professed confusion at the extremism that arose in response.

Although it’s written page-turningly, it’s a book that requires you to pay close attention. Perspective shifts every chapter to a different woman. I found this easy to follow because the women’s identities and backgrounds are so thoroughly established that they become familiar and identifiable. It would be easy to get lost in though, because it reads like fiction with often poetic turns of phrase, with the reader getting to see, and actually understand, so much about the women’s inner worlds.

The gulf that separated belief and disbelief was impossible to cross.

That’s what’s ultimately so valuable here, and I would go so far as to say is unprecedented through Moaveni’s access, rapport, and patience in allowing her subjects’ thought processes to play out. Why did any women choose this path, or feel there was no choice but going to a war-torn place of restricted personal freedoms and shortages of nearly everything, where rape, immediate marriage, almost guaranteed widowhood, and quick remarriages regardless of assent awaited? Here’s how and why it happened. Here’s where things went wrong. It’s too important to ignore.

Guest House for Young Widows: Among the Women of ISIS
by Azadeh Moaveni
published September 10, 2019 by Random House

27 thoughts on “Inside Looks at the Women of ISIS”