Nonfiction November, that time of year to celebrate stories filled with facts and footnotes, truth being stranger than fiction, and very, very long subtitles begins today!

This week, a look at your year in nonfiction:

Week 1: (Oct. 28 to Nov. 1) – Your Year in Nonfiction (Julie @ Julz Reads): Take a look back at your year of nonfiction and reflect on the following questions – What was your favorite nonfiction read of the year? Do you have a particular topic you’ve been attracted to more this year? What nonfiction book have you recommended the most? What are you hoping to get out of participating in Nonfiction November?

I haven’t had a clear favorite this year. Maybe I’ll have revised my opinion before the year’s out, but there’s been no phenomenal standout Library Book for me yet.

My most recommended is tied between The Vagina Bible, Pleased to Meet Me: Genes, Germs, and the Curious Forces That Make Us Who We Are and The Gift of Fear: And Other Survival Signals That Protect Us From Violence. This section seems to have skewed more heavily than usual (for me) towards the science-y, medical, and psychological, but I’ve found these three coming up endlessly in very different contexts and conversations.

There have been three topics I’ve been especially drawn to this year. One is foodoirs — that is, memoirs centered around experiences with food, kitchen, and cuisine. Although they sometimes have recipes, these aren’t just cookbooks with more stories than usual, they’re life stories that highlight the significance of food in our histories, families, and identities. I always read a couple of food-centric memoirs each year, but for some reason this year I’ve been in the mood for them pretty much constantly. Some standouts have been: 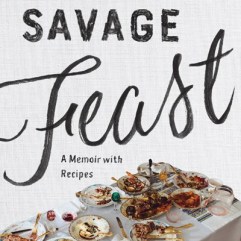 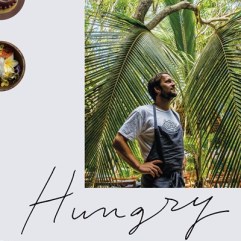 Toast: The Story of a Boy’s Hunger, by Nigel Slater
My Life in France, by Julia Child & Alex Prud’homme
Savage Feast: Three Generations, Two Continents, and a Dinner Table, by Boris Fishman
The Bread and the Knife: A Life in 26 Bites, by Dawn Drzal
Hungry: Eating, Road-Tripping, and Risking It All with the Greatest Chef in the World, by Jeff Gordinier
More Home Cooking: A Writer Returns to the Kitchen, by Laurie Colwin

I’ve also been reading more about culinary culture in general. Some good ones here have been The Cooking Gene: A Journey Through African American Culinary History in the Old South, a genre-bending look at foodways, culture, tradition, and genetics by chef and historical interpreter Michael W. Twitty; folklore historian Emily Wallace’s Road Sides, about the significance of roadside dining culture; and The Angry Chef: Bad Science and the Truth About Healthy Eating, a smart, readable scientific look at how wellness gurus, marketers and others have messed up our understanding of the science behind food and health and how it all affects us.

Which brings me to the second topic I’ve been drawn to: debunking, especially of bad science and popular myths in health and medicine. But more on that in Expert week!

The third topic I’ve especially found interesting this year is historical true crime. As much as I love true crime, stories from further in the past usually appeal to me less. I started changing my mind about this sub-genre last year thanks to some exceptional books like Incendiary, The Poisoner’s Handbook, Blood & Ivy, and The Lady in the Cellar. 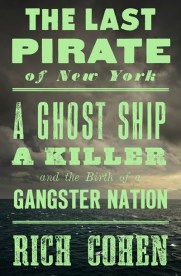 The Last Pirate of New York: A Ghost Ship, a Killer, and the Birth of a Gangster Nation, by Rich Cohen
The Crimes of Paris: A True Story of Murder, Theft, and Detection, by Dorothy & Thomas Hoobler
Mrs. Sherlock Holmes: The True Story of New York City’s Greatest Female Detective and the 1917 Missing Girl Case That Captivated a Nation, by Brad Ricca
The Murder of the Century: The Gilded Age Crime That Scandalized a City & Sparked the Tabloid Wars, by Paul Collins (Although let’s please retire the “murder of the century” label permanently. It’s lost all meaning with overuse.)

What’s been your favorite nonfiction read so far this year? Do you have any favorite foodoirs, culinary histories, or historical true crime to recommend?