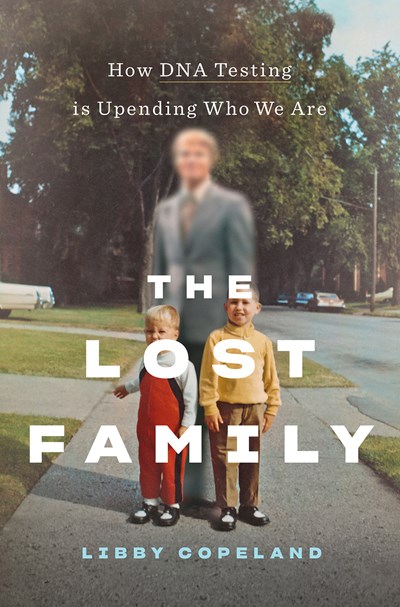 I could not help but think… that spitting into a vial in search of family was like spinning a roulette wheel, with no ability to predict the outcome in advance, and the highest of stakes.

One of the most rapidly changing branches of science and medicine today is around genetics, in part fuelled by the popularity of at-home consumer DNA testing. The genomic era presents unique challenges alongside unique opportunities – for understanding who we are, where we came from, why we behave as we do, how to heal our illnesses or avoid them in the first place, for solving crimes and connecting with family we didn’t know we had.

In The Lost Family, journalist Libby Copeland, who specializes in culture, science, and human behavior, looks at the people who have lately become “seekers”– the term used for takers of commercial DNA tests who became obsessed with what their genetic information means and where it leads. It’s apparently a very easy rabbit hole to fall into. Many of the 400 people she interviewed either got test results they weren’t expecting, leading to uncomfortable but illuminating conversations about paternity, or were adopted, sometimes abandoned, at birth and curious about their biological families.

The truth gets even more uncomfortable, as it’s not always a simple, perhaps best-case scenario of a long-ago affair at the root of these genetic mysteries. Incest is horrifyingly rampant, perhaps the most disturbing thing I learned here. As is rape, and a lot, A LOT of shame, plus some less-than-successful family reunions that lead to more pain in an already frequently painful, and emotionally confusing, process. There are some tough issues to sit with in the personal stories.

Running throughout the book, breaking up chapters where Copeland lays out the advancing scientific and medical sides of genetic testing and what DNA is increasingly being used for, is the story of Alice Collins Plebuch, a grandma who took an at-home DNA test and got surprising results, revealing that her family’s genetic profile didn’t stem from anywhere near the region they’d always thought it did.

Alice first took an AncestryDNA test in 2012, and in the years before the perplexing mystery of her father’s heritage would be solved with a 23AndMe breakthrough in 2015, DNA testing and the database of people participating had both expanded by leaps and bounds. Alice became a dogged detective, enlisting family members’ help and ultimately, satisfyingly, finding the near-soap operatic conclusion to a mystery her father hadn’t even known he was a part of.

Copeland also thoroughly explores the uniquely American aspect of this DNA obsession, visiting the Family History Library in Salt Lake City, the world’s largest genealogical library, and touching on cultural elements that explain why consumer testing has taken off in America like nowhere else:

It’s precisely because Americans are so divorced from our histories — because we lack the continuity and the ancestral knowledge that comes from generations living in the same place, in a largely homogeneous nation — that many of us wonder where we came from. We are intrigued by our roots, curious about all the things that took place before our ancestors traveled across the ocean, or across the American continent, and settled here. We want to know the specific bits and pieces that make us us.

Copeland hits all the big talking points that have arisen as consumer DNA testing has exploded in popularity, and the arguments for its importance both in establishing historical truths and records as well as understanding our medical backgrounds and preparing for our futures health-wise are manifold. But so is the worry about the intrusion of big data, and what this new field of technology can mean for our privacy, relationships, or health insurance coverage.

“[Journalist Kristin V. Brown] was fascinated by a concept from Georgetown Law Review’s Paul Ohm, that we are all at the mercy of the massive troves of data that businesses collect and keep on us, and that somewhere amid all that information, every one of us has a devastating secret.” Ohm called it the “database of ruin” and begged for it not to be built. Sit with that thought. Do you have a devastating secret, or three, that you don’t want slipping out into the world? Every topic here leaves you with a lot to mull over, much of which is glossed over in the celebrity-filled commercials and TV shows promoting DNA testing.

“Is more information better? Is it always empowering? Information carries its own burden, which is that once you know something, you have to figure out what to do with it.” That goes not only for things like paternity, but for uncomfortable health-related truths, like knowing that you have elevated risk for certain incurable diseases. And like the quote at the beginning illustrates, not every family reunion is what seekers hoped for. This paves the way for meaningful discussions about what really constitutes family and love, and even that fundamental yet intangible question of who we are.

These are conversations worth having, and Copeland explores thorny issues through her interview subjects’ experiences with an incredible amount of sensitivity and nuance. She drives home how much emotional baggage is tied to all of this.

Part of what interested me in talking to seekers was the question of how they processed the pain of the past: the unfinished business, the unanswered questions, the unresolved anger and shame and resentment and grief. And how did they make sense of lives with huge people-shaped holes in them? So often, the secrets themselves loom as a kind of negative space in those timelines: the teenage girl who went away for months, or the father who disappeared, the relatives whose names are listed together on a ship’s manifest, yet for some reason scattered in the new country. With the truth written into visibly overlapping DNA segments in commercial databases, we are all now left to make something of those negative spaces.

I love that idea, or image, of these massive truths about who we are and where we came from as negative spaces. Copeland is an outstanding writer, able to distill complex ideas while emphasizing the philosophical and moral and ethical issues in an accessible, beautifully written way. More than anything, this gives so much to think about. The postgenomic era is an almost incomprehensibly fast-changing landscape, and one that will carry immense ethical and medical weight in the future. Must-read here.

The Lost Family: How DNA Testing is Upending Who We Are
by Libby Copeland
published March 3, 2020 by Abrams

27 thoughts on “Upsides and Downsides of the DNA Revolution”