I haven’t been on the ball with checking upcoming new titles this year, for, well, lots of reasons. But I think there have also been many shifting publication dates, and it seems lots of releases have been pushed to next year.

Nevertheless, there’s still some exciting upcoming new nonfiction to look forward to in the rest of 2020! Here are a few that piqued my interest. Do any of these sound appealing?

True Crimes and Misdemeanors : The Investigation of Donald Trump, by Jeffrey Toobin – Ooooooooh I have been WAITING for this one! I squealed with excitement when I saw this finally had a release date, as I’ve been eagerly anticipating it since it was announced in 2018. CNN chief legal analyst Toobin wrote this “real-life legal thriller about the prosecutors and congressional investigators pursuing the truth about Donald Trump’s complicity in several crimes—and why they failed.” It’s “based on dozens of interviews with prosecutors in Mueller’s office, Trump’s legal team, Congressional investigators, White House staffers, and several of the key players, including some who are now in prison” and attempts to “make sense of the seemingly endless chaos of the Trump years.”

He must’ve been scrapping and rewriting drafts of this like a madman. One day in this administration is like an entire terrible year in any other. Toobin is one of those authors and commentators that I find put things in understandable, smartly analyzed terms within well-thought out narratives. As many takes as we have on Trump and Co., I’m confident his will be unique. Hurry up please, I can’t wait! (August 4, Doubleday) (Pre-order)

Vesper Flights, by Helen Macdonald – I must be the last person who hasn’t read H is For Hawk and can’t decide if I want to, but I’m all in for a collection of nature essays, some new, others previously published, from this much-loved author. She’s known for moving, meaningful prose connecting nature with elements of humanity. “Meditating on notions of captivity and freedom, immigration and flight, Helen invites us into her most intimate experiences: observing the massive migration of songbirds from the top of the Empire State Building, watching tens of thousands of cranes in Hungary, seeking the last golden orioles in Suffolk’s poplar forests. She writes with heart-tugging clarity about wild boar, swifts, mushroom hunting, migraines, the strangeness of birds’ nests, and the unexpected guidance and comfort we find when watching wildlife.” Perfect. (August 25, Grove Press) (Pre-order)

Not a Novel: A Memoir in Pieces, by Jenny Erpenbeck, translated by Kurt Beals – Popular German literary fiction author Erpenbeck’s “highly personal and poetic” memoir-in-essays on “life, literature, and politics” is translated for English-speaking readers. I only read one of her novels years ago so I’m excited to get to know her through her nonfiction. These also address “her literary influences (Thomas Bernhard, the Brothers Grimm, Kafka, and Thomas Mann), unforgettable reflections on the forces at work in her novels (including history, silence, and time), and scathing commentaries on the dire situation of America and Europe today.” (September 1, New Directions) (Pre-order)

The Tsarina’s Lost Treasure: Catherine the Great, a Golden Age Masterpiece, and a Legendary Shipwreck, by Gerald Easter & Mara Vorhees – Is it just me or is Catherine the Great everywhere lately? I’m not complaining, but there have been two TV series just within the last year: the miniseries Catherine the Great starring wondrous treasure Helen Mirren (I watched it on a plane; it’s pretty decent) and Hulu’s new The Great starring a Fanning. I haven’t seen it but feel less enthused. Anyway, good on Catherine because here comes a new book about her too. Specifically about this: A ship, the Vrouw Maria, sank while carrying a highly coveted painting, The Nursery, “by Leiden fine painter Gerrit Dou, Rembrandt’s most brilliant student and Holland’s first international superstar artist.”

After confounding salvagers for two centuries, one wreck hunter managed to reach the ship, still “perfectly preserved” in July 1999. This “recounts the fascinating tale of Vrouw Maria—her loss and discovery—weaving together the rise and fall of the artist whose priceless masterpiece was the jewel of the wreckage.” (September 1, Pegasus Books) (Pre-order)

The Secret Life of Groceries: The Dark Miracle of the American Supermarket, by Benjamin Lorr  – I read an advance of this on the recommendation of the impossibly knowledgeable Robin @ Robin’s Books, whose recommendations are always spot-on, and loved it. Lorr embeds with workers to trace threads of the American supermarket economy, including the disheartening trucking industry, working the fish counter at a Manhattan Whole Foods, Trader Joe’s secrets from Joe himself, looks at low-wage and migrant workers, and the confounding process entrepreneurs face to get products on supermarket shelves, among other stories and interviews here. It’s shocking, eye-opening, very funny, and completely page-turning. Our relationship to grocery stores and the employees involved all along the supply chain got heavily spotlighted during the pandemic, so this couldn’t come at a more relevant time. (September 8, Avery) (Pre-order) 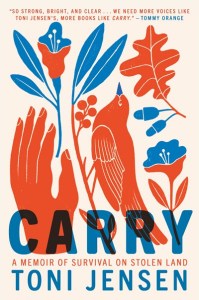 Carry: A Memoir of Survival on Stolen Land, by Toni Jensen – Jensen, a Métis woman, writes a memoir of being Indigenous in America through the lens of her “encounters with gun violence.” It blends the personal and historical, “exploring how history is lived in the body and redefining the language we use to speak about violence in America […] Jensen connects the trauma of school shootings with her own experiences of racism and sexual assault on college campuses, […] explores the gun and gang violence in her neighborhood the year her daughter was born, […] focuses on her graduate school years, during which a workshop classmate repeatedly killed off thinly veiled versions of her in his stories, […] and takes the reader inside Standing Rock during the Dakota Access Pipeline protests and bears witness to the peril faced by women in regions overcome by the fracking boom.” This sounds extraordinary. (September 8, Ballantine) (Pre-order)

Gastro Obscura: A Food Adventurer’s Guide, by Cecily Wong & Dylan Thuras – Atlas Obscura is an endless source of delights, and I loved their last book, Atlas Obscura: An Explorer’s Guide to the World’s Hidden Wonders. Gastro Obscura expands on their food-focused section, and tours the world — every last corner — exploring strange, unusual, and quirky foods and traditions. I’m slowly reading my way through this, trying to only read a few pages a day to retain it better. But it ends up being hard to put down and I’ve learned so much (maggot cheese is a thing that exists and people put into their mouths. I didn’t say it was all appetizing). It’s nice to be reminded of how much weird wonderfulness is out there in the world even if we can’t experience it right now. It’s making me excited for when we can have all this again. (September 28, Workman Publishing Company)

A Demon-Haunted Land: Witches, Wonder Doctors, and the Ghosts of the Past in Post-WWII Germany, by Monica Black – Apparently, after World War II, Germans got very into the spooky and woo-woo. This examines why that happened in terms of national identity and the situation Germany found itself in after losing the war. I’m particularly interested because I lived in Germany and compared to some of the outrageous nonsensical shit Americans believe, Germans hardly register to me as woo at all. They are practical, logical, and science-loving as they come. I’m hoping this will be a not-too-academic look at what happened and how they changed that thinking later. (October 6, Metropolitan Books) (Pre-order)

All Lara’s Wars, by Wojciech Jagielski, translated by Antonia Lloyd-Jones – A new translation in one of my favorite genres, Polish reportage, this involves a reporter telling how “the great events of the last half-century—the realignment of Eastern Europe after the fall of the Soviet Union, and the rise in the Middle East of ISIS and its quest for a new Caliphate—converge in this account of a Chechen-Georgian family whose two sons become radicalized, and how their mother—Lara—travels to Syria by bus and at great risk, not to join them but to bring them home.” This sounds reminiscent of one of my favorite reads of the last few years, Two Sisters, and Jagielski is a highly acclaimed journalist so I’m excited to get this English introduction to his work. (October 13, Seven Stories Press) (Pre-order) 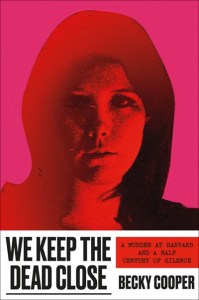 We Keep the Dead Close: A Murder at Harvard and a Half Century of Silence, by Becky Cooper – “The story was this: a Harvard student had had an affair with her professor, and the professor had murdered her in the Peabody Museum of Archaeology and Ethnology because she’d threatened to talk about the affair. Though the rumor proves false, the story that unfolds, one that Cooper will follow for ten years, is even more complex: a tale of gender inequality in academia, a ‘cowboy culture’ among empowered male elites, the silencing effect of institutions, and our compulsion to rewrite the stories of female victims.”

I’ve been pretty disappointed in recent true crime, enough to take a big but refreshing break from the genre, but the greater social issues — particularly the connection to the dark side of academia — in this one sound very worth knowing. Not to mention the intrigue inherent in any not-what-it-seems myth. (November 10, Grand Central) (Pre-order)

Answers in the Form of Questions : A Definitive History and Insider’s Guide to Jeopardy!, Claire McNear – Is there anything as universally beloved as Jeopardy? I feel like so many people have strong, sentimental connections to it. Even my husband, who wasn’t raised in America, associates Jeopardy! with his first visits to the US and loves to watch it every night. It is a truly magnetic institution of a show. As much as I love it too, and cherish my memories of watching it with my grandparents every evening in high school (just to underscore how astonishingly cool I’ve always been) I don’t think I’m interested enough to read this, but I wanted to make sure you knew it existed. (November 10, Twelve) (Pre-order) 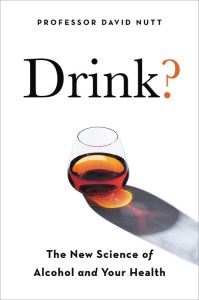 Drink?: The New Science of Alcohol and Health, by David Nutt – One of the most fascinating if terrifying parts of Quit Like a Woman was the explanation the author provided of alcohol’s detrimental effects on the body. My interest in reading that book came from realizing how ubiquitous a substance that is literally poison is in our society and social connections, with an emphasis on how aggressively it’s marketed to women. This book, written by a neuropharmacology professor, expands on what alcohol actually does to the body, and “addresses topics such as hormones, mental health, fertility, and addiction, explaining how alcohol travels through our bodies and brains, what happens at each stage of inebriation, and how it affects us even after it leaves our systems.” (December 22, Hachette) (Pre-order)

What new nonfiction are you looking forward to this year?

34 thoughts on “New Nonfiction Releases Still to Come in 2020”