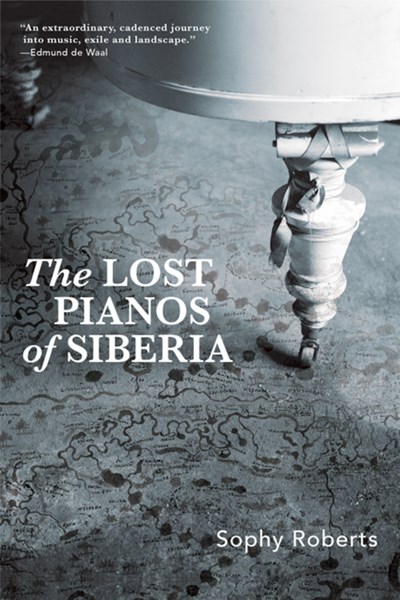 There is no dramatic curtain-raiser to the edge of Siberia, no meaningful brink to a specific place, just thick weather hanging over an abstract idea.

It is a modern economic miracle, with natural oil and gas reserves driving powerful shifts in the geopolitics of North Asia and the Arctic Ocean. It is the taste of wild strawberries sweet as sugar cubes, and tiny pine cones stewed in jam. It is home-made pike-and-mushroom pie, clean air and pure nature, the stinging slap of waves on Lake Baikal, and winter light spangled with powdered ice. It is land layered with a rich light history of indigenous culture where a kind of magical belief-system still prevails. Despite widespread ecological destruction, including ‘black snow’ from coal mining, toxic lakes, and forest fires contributing to smoke clouds bigger than the EU, Siberia’s abundant nature still persuades you to believe in all sorts of mysteries carved into its petroglyphs and caves. But Siberia’s deep history also makes you realize how short our human story is, given the landscape’s raw tectonic scale.

British journalist Sophy Roberts’ The Lost Pianos of Siberia is one of those books that encompasses so much more than a cultural or geographical history, although that’s the broadest category I can think to try to stuff it into.

The book is nominally about Roberts’ search for “lost” pianos in Siberia — the instruments bearing a surprising history in this rough land of rough conditions — beginning with acquiring a special one for Mongolian pianist Odgerel Sampilnorov. Honestly, that’s not exactly a story I’d jump to read. But this is one of those books that begins with one premise and blossoms into something wholly unexpected. It tells so many other stories and introduces figures and places that were astonishing, heartbreaking, inspiring, and wonderful to learn about. Some were part of Roberts’ quest; others surprised her along the way.

Time has a life of its own in Siberia. It has a depth and dimension which makes you feel that days shouldn’t be hurried — the opposite of how our time is construed in the West. So when the priest I had befriended suggested I should stay a while longer before I caught the last train out, I wanted to more than anything. But such is the trouble with Siberia. The map is always goading you with how much more territory there is still left to cover.

Siberia is a vast and, at first glance, bleak landscape, but if travel narratives are any indication, it’s a magnetically compelling one as well. Lost Pianos is interestingly set apart by its music-themed angle, certainly what would seem an unusual one for this locale, but as we’ll see actually isn’t all that unusual and in fact has deep cultural significance. Music, after all, was described by Thomas Preston, British Consul to Western Siberia during the Russian Revolution, as “a passport…particularly in Russia.” Catherine the Great, in her push to westernize Russia and bring it on a par with the great European cultural cities, made pianos and piano music an ubiquitous part of the country’s arts and culture.

The more he talked, the less Stanislav’s remembering focused on the siege than on the music that punctuated his past. He was using pianos in the way J. Alfred Prufrock measured out his life with coffee spoons.

Yet pianos are undeniably a bourgeois symbol, requiring money, space, and years of upkeep, not to mention the luxury of time and dedication necessary for learning to play. Siberia, then, with its remoteness, its brutal history, its legacy of banishment, is an unlikely setting for these objects better associated with high-society European drawing rooms. And yet Roberts introduces stories of people in the lowest epochs of their lives, like exiled in the gulags of this harsh, unforgiving climate, who had piano music as their soundtrack, however out of place the instruments might have seemed in this setting.

Neither of us had come for the certainties, but for the outside possibility that a little marvel might appear.

Roberts travels to far-flung locales, including Sakhalin, Yakutsk, Kamchatka, and Yekaterinburg, where the last Romanovs had taken a piano with them into exile. As she moves from city to city tracing pianos with historical significance to the region, Roberts recounts small histories of some of the events that shaped this part of Russia. Even if these are familiar to readers, her retellings are succinct enough to be very impactful, and beautifully, sometimes poetically written.

And what began about music and pianos ends up being about infinitely more, about the human condition and especially about survival. As Roberts herself notes, the book’s theme is that of “a far-flung search for Russia’s remarkable survivors.” And a theme of reconciling past with present, as they layer over one another in a place so heavily bound to the darkness of its past, and holding on to one’s identity regardless of circumstance. Valery Kravchenko, a pianist in Kamchatka, tells her, “It is impossible to get rid of the past. That is a very important feeling for artistic people.”

Beyond this, I find it a remarkably tough book to describe and characterize. It’s richly descriptive, both inwardly meditative and boldly exploratory, and written in a way I can only think to describe as haunting.

Because the history moves quickly from one story to another without the depth and detail that can lose a more casual reader, it’s accessible for readers not already steeped in Russian history. And although I already knew a lot of what was covered here — the fundamentals of Siberian exile,  the Decembrists, and the Romanovs among that — I so enjoyed the way she told the stories, the details she highlighted, that it never felt repetitive or dull. Indeed, the feeling I had most strongly after closing this book the last time was that I could happily reopen it to any page and start reading again. That kind of magic only happens once in awhile.

Much of that is a testament to the surprise of where the narrative goes, and much to Roberts’ entrancing, lyrical writing, as well as an admirable understanding of what stories she can tell and where to let her own involvement recede: “I let the silence hang, to ease the story out of a room of memories where only ex-Soviets can go.”

There were times when I came to think of Siberia not only as a physical location, but also as the word to describe what happens if you stay too long in a place that is not your own, sticking around for one winter too many until you realize you have gone too far to turn back.

Roberts mentions several times that you start chasing one thing but it leads you to discover something completely different. This book feels like that concept perfectly executed — you can start reading it for one topic, but it leads, exhilaratingly, to a million other stories you didn’t realize you wanted to know, with an atmospheric portrait of times, place, and people. It’s a treasure.

11 thoughts on “What Pianos Mean to Siberia, And More”