As I mentioned in Nonfiction November, one of my favorite reading categories — food history and foodoirs — has been one of my least-read genres this year, and I ended up abandoning most of the titles I picked up.

Nevertheless, I did read a few good ones, especially looking at American cuisine. Let’s discuss! 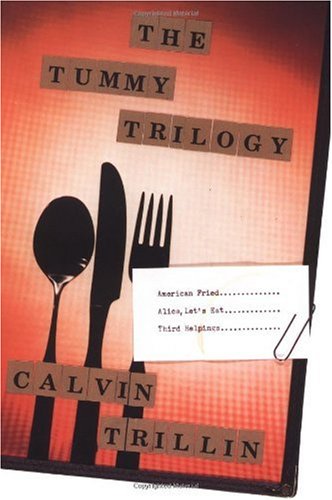 The best and funniest food writing I’ve read in awhile was Calvin Trillin’s The Tummy Trilogy. Published in 1994, it’s actually three short books in one (American Fried; Alice, Let’s Eat; and Third Helpings) that were originally published during the 1970s. New Yorker reporter Trillin wrote extensively and passionately about his food and dining-out obsessions, particularly in relation to the myriad cuisines of New York City and his travels nationwide.

I can’t resist any book about American cuisine, especially if it takes a regional focus, and I’ve read too many that didn’t quite deliver on what I wanted to know. Trillin is upbeat and irreverent in describing his experiences dining around the country, with heaps of love for the little establishments and fast-food delights of his native Kansas City — not exactly what comes to mind as a culinary or restaurant hotspot, but he makes a convincing case for it.

He writes about regional specialities he’s discovered, often with his patient wife Alice in tow, and his excursions searching out beloved local eateries and authentic international cuisines that haven’t been Americanized. A running joke is his endless quest to decipher the wall menus at Manhattan’s Chinatown restaurants that waiters refuse to translate for him. He has some of the weirdest but funniest food-related fantasies I’ve ever read, and it’s truly laugh-out-loud funny at times. Some is a bit dated, including some cultural sensitivity issues, but it’s clear that he never intends offense and is on the whole appreciative and respectful.

Some of his sentences are a bit complex and meandering, which somehow manages to make the joke that’s usually coming at the end surprisingly hilarious (“Because the superior fried-chicken restaurant is often the institutional obsession of a single chicken-obsessed woman, I realize that, like a good secondhand bookstore or a bad South american dictatorship, it is not easily passed down intact.”).

There is a bit of repetition across the three books, and Trillin clearly has his favorite themes — the aforementioned Chinese food, a friend who lost and kept off a massive amount of weight even while running a beloved New York pizzeria, and Trillin’s bizarre daydream about escorting Chairman Mao on an eating tour if he visited the US (never mind that he was already dead — “He was dead when I originally wrote about the daydream. As I said, it’s complicated.”).

Having read Trillin’s serious and somewhat dry Killings last year, I couldn’t have been more surprised and delighted at how light, amusing, and silly but simultaneously smart this was. Underneath the humor and silliness, as he searches for the best roadside barbecue and drags his wife from meal to meal on vacation, it says so much about American cuisine and attitudes towards food, with lots of unexpected areas highlighted and dishes thrown in along the way. I didn’t want it to end. 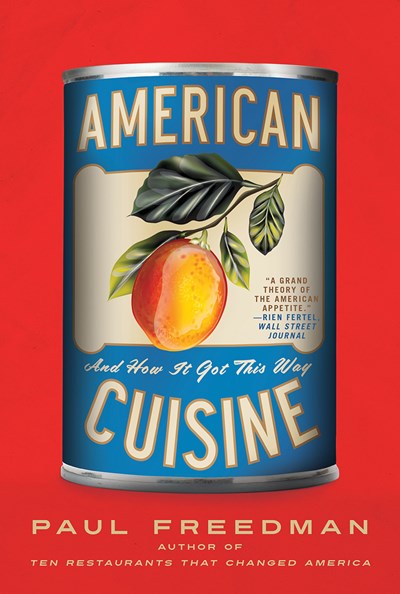 A totally different tone but similar topic is American Cuisine: And How It Got This Way, by Paul Freedman.

This reads somewhere in between mild academia and popular lit, and I found that combination really worked somehow. I thought it might end up dry in parts, but for the most part it pleasantly didn’t. Freedman ties topics together quite well and makes the important points saliently and memorably.

He identifies three long-term trends in the development of what we can call American cuisine: “the eclipse of regional food, the rise of an industrial system, and the notion that variety livens up an otherwise boring culinary landscape.”

Ah yes, the American obsession with variety that has led to the not-uncommon phenomenon of panic attacks in the supermarket. Freedman cites, for comparison, focus groups of French people and Americans where Americans consistently select choice over quality — namely, “as many options as possible,” whereas the French decidedly prefer limited choices of higher quality. I used to be obsessed with this idea of choice in food, and now returning to the US from abroad I feel mostly just overwhelmed, so learning about this particular perspective was illuminating.

What stands out about this book in a pretty saturated genre is how Freedman traces the roots of some of the peculiarities of American culinary culture. Like our massive supermarkets compared to scaled-down food shopping in Europe, for example: “[Supermarkets] displace picking up food daily on the basis of last minute decisions or on what looks tempting today, habits that persist in Europe because people there are more likely to live near stores and markets and travel to and from work by public transport.”

And fascinatingly, American diet culture and appetite for diet foods is rooted in Puritanism. This probably shouldn’t have come as a surprise, and yet:

What all these diet recommendations have in common is that they identify most delicious foods as bad for you. An unlikely but widely believed explanation for this phenomenon is that the Puritan heritage of the northern colonies create a lasting mistrust of pleasure.

Freedman also has a penchant for fun and somewhat strange lists. Did you know that one of the Heinz 57 varieties is mock turtle soup (a squicky part of American cuisine: we used to eat so many turtles and terrapins; so, so very many).

There’s always something negative to say about American cooking’s slant towards convenience and cutting corners with store-bought, ultra processed foods, and there are mixed feelings and mixed science on this. But to say that the US doesn’t have a unique cuisine of its own is such a fallacy, and one that continues to proliferate abroad. Freedman deftly shows how US cuisine is special because it’s divided so much regionally, each distinct area developing under different international, local, and cultural heritage influences, as well as a greater overarching national history and identity that infuses our way of eating and relationship to food and food culture.

It’s packed with photos and vintage ads and endless interesting trivia. It’s one of those books that you could open to any page and read something fascinating.

The great aspect about the United States generally is the exuberance of its people and, despite the many negative peculiarities of food in this country, that high-spirited approach is a saving grace.

What food writing have you loved this year?