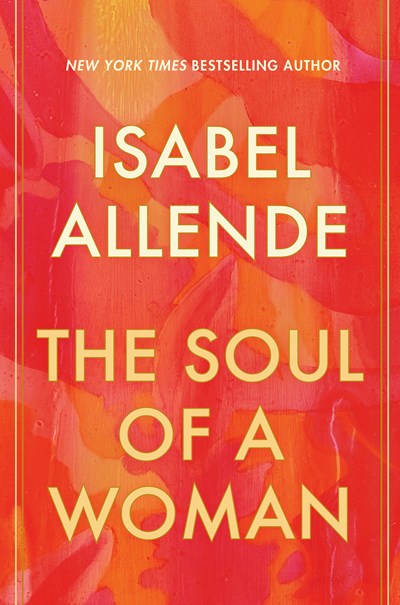 Review: The Soul of a Woman, by Isabel Allende

The patriarchy is stony. Feminism, like the ocean, is fluid, powerful, deep, and encompasses the infinite complexity of life; it moves in waves, currents, tides, and sometimes in storms. Like the ocean, feminism never stays quiet.

Beloved Chilean novelist Isabel Allende’s second memoir, The Soul of a Woman, was released in its English translation this week. Allende hardly needs an introduction; as she writes here, she became world-famous with The House of the Spirits in the wave of Latin American novelists that enjoyed a popularity boom in the 1970s-80s.

Now nearly 80, Allende traces the major life lessons that have contributed to her fluid, developing personal sense of feminism. I’ve mentioned before that despite being a feminist (something I just consider common sense, honestly) I don’t really enjoy reading that much about the topic itself. But Allende turns the topic of feminist writing on its head, covering a range of subjects that are sometimes surprising, written in a way that’s somehow conversational and yet undeniably literary.

It’s not a strict feminist theory text but rather how she’s learned and applied lessons of the movement throughout her life, and what ideas a reader can draw from that for their own. It is such a valuable, worthwhile work for these lessons, I can’t even stress that enough. Everyone should read this, for her perspective, what can be gleaned from her experience, and to hear her views on often-shied-from topics, including aging, sex and and relationships as an older woman, and life after menopause (sucked a lot of the fear right out of it for me!)

And what is my definition of feminism? It is not what we have between our legs but what we have between our ears. It’s a philosophical posture and an uprising against male authority. It’s a way of understanding male relations and a way to see the world. It’s a commitment to justice and a struggle for the emancipation of women, the LGTBIQA+ community, anyone oppressed by the system, including some men, and all others who want to join.

Even in translation the writing is lyrically beautiful, uplifting even when addressing head-on some very difficult life events, and often funny and reaffirming.

Allende is refreshingly honest — about her failed marriages and her current third one, which began unconventionally but suits her heartwarmingly well. She states her opinions succinctly and boldly, addressing current hot-button issues from abortion to contraception. She has what I would consider common-sense stances on so much but reading her take helped me put my own thoughts into words. I can imagine it would make the more conservative reader bristle here and there, but she defends herself so well and clearly that I think even those with opposing viewpoints would have to concede some ground. Of course this is coming from someone who agrees with her, but there’s so much value in making arguments the way she does. They’re not so long-winded or involved as to lose anyone, and they’re not structured as polemics. She makes you want to listen.

Allende begins with her rebellious childhood in Chile, immersed in the traditional patriarchal family structure, and moves through family life, her relationship with her grandfather and stepfather, looks at her mother’s role, and then walks through some of her career and personal milestones, extracting what they’ve meant to her with time. And the points she comes to really did surprise me at times, but in the best of ways. The history she loops in is so meaningful. Something that was completely unknown to me was that the shift towards less rigid traditional pronoun usage actually began in the former Yugoslavia. Allende explains it thus:

After terrible wars between 1991 and 2006, [the former Yugoslavia] was divided into six republics: Slovenia, Croatia, Bosnia-Herzegovina, Montenegro, North Macedonia, and Serbia. In that environment of war and hypermasculinity, patriotism was made up of a mixture of nationalism, patriarchy, and misogyny. Masculinity was defined by power, violence, and conquest.

At the end of the conflict, young people questioned gender division imposed by ultranationalism, refused to be classified as male or female, and rejected the use of gender-based pronouns in favor of nonbinary ones.

I can’t believe I didn’t know this and I love knowing it. What an amazing development to come from something so devastating.

I think often about something Annie Dillard wrote about Pilgrim at Tinker Creek, that it’s a young writer’s book, which always makes me consider how differently we parse experience or tell stories at the younger end of our life versus after the passing of time. This is a book I can’t imagine being written by a younger person. It’s filled with so many beautiful thoughts and insights, appeals for kindness, and promises that life improves even when you think you’ve hit its lowest points. It’s short but powerful, and necessary.

“We have to love ourselves a lot and love others without calculating how much we are loved in return. This is the stage of kindness.”

“When talking about human rights, in truth we’re referring to men’s rights. If a man is beaten and deprived of his freedom, it’s called torture. When a woman endures the same, it’s called domestic violence and is still considered a private matter in most of the world.”

“It’s useless to cling to anybody or anything because everything in the universe tends towards entropy, not cohesion.”

“Happiness is not exuberant or noisy like joy or pleasure, it is silent, calm, and soft; it is an internal feeling of well-being that starts with loving myself. I am free. I don’t have to prove anything to anybody.”

The Soul of a Woman
by Isabel Allende, translated from Spanish
published March 2, 2021 by Ballantine

28 thoughts on “Isabel Allende On Feminism, Love, And Life Getting Better As It Goes”