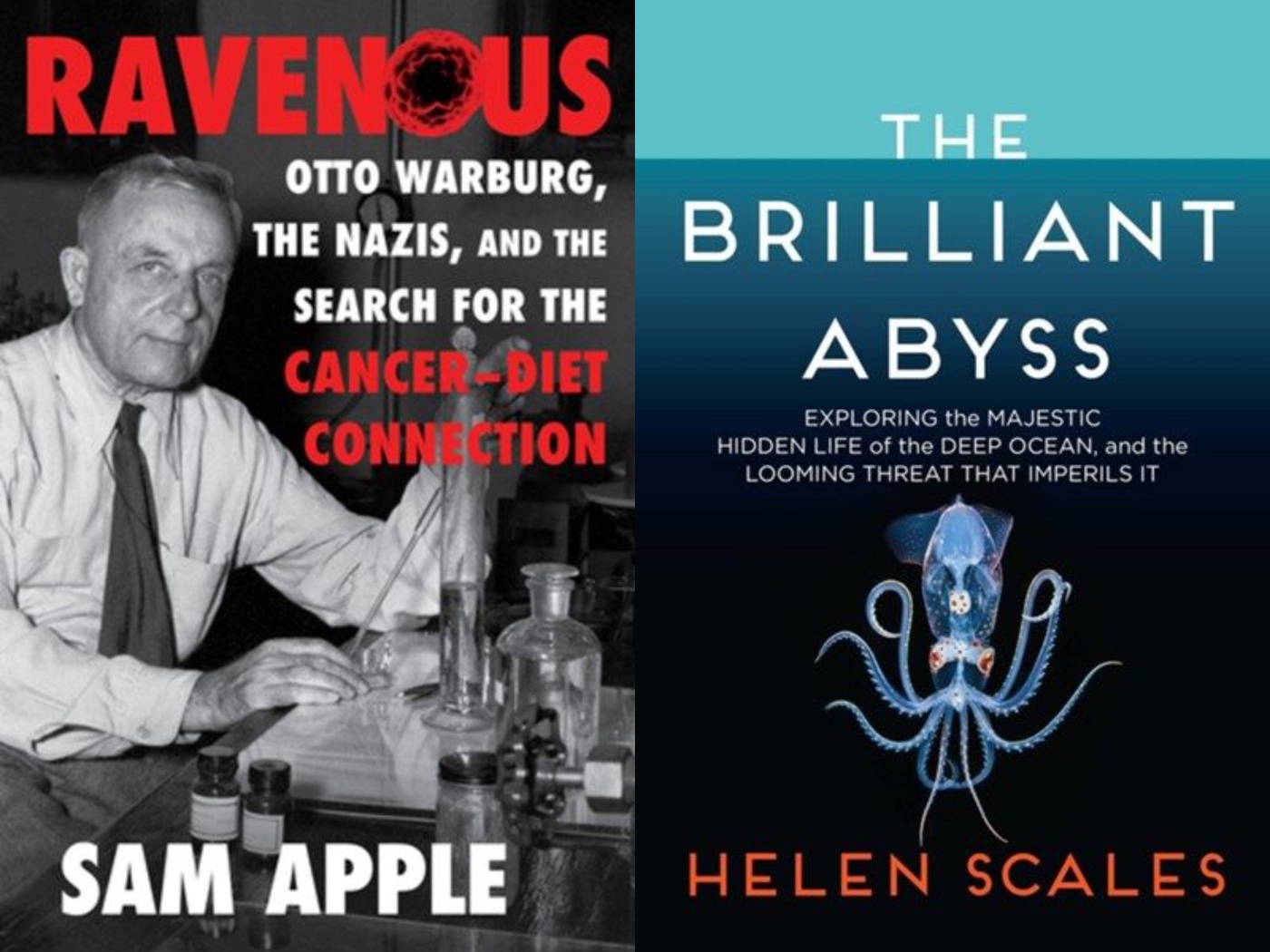 Ravenous: Otto Warburg, the Nazis, and the Search for the Cancer-Diet Connection, by Sam Apple

Did you know that Hitler was obsessed with both sugar and cancer? He was! He was also consuming the former in the worst possible proportions if he was truly concerned about the latter, because according to science writer Sam Apple, research by the Jewish scientist Otto Warburg was pivotal in our understanding of the behavior of cancerous cells, and how much they love glucose.

Warburg unimaginably survived the years of persecution of Jews and the Second World War from his home and research institute in Dahlem, on Berlin’s outskirts. In addition to his Jewish heritage, he was gay, so his survival with so many strikes against him is suspiciously unusual, not to mention he was part of the well-known Warburg family of financiers, so his heritage was far from secret. Why was such a prominent Jewish person allowed to live?

If far from a public champion for the persecuted, Warburg may have been more reckless and confrontational than any other German scientist of the era. The most astonishing aspect of Warburg’s story isn’t that a gay man from a famous Jewish family survived in Germany; it’s that he managed to do so even as he provoked the Nazis at every opportunity.

To be fair, this cranky, cantankerous guy provoked absolutely everyone. Why should the Nazis be spared.

Warburg was a physiologist and biochemist who discovered that cancer cells behave very differently from healthy cells in that they consume glucose “ravenously” and ferment glucose instead of respiring, even when there’s enough oxygen for respiration to take place. Among other scientific achievements (and some errors) — his work is vast.

Incredibly, he was even under the microscope of the Nazis on June 21, 1941, a date identified as “arguably the most critical moment of the entire Nazi project.” That’s because it was the day before the beginning of Operation Barbarossa, the German invasion of the Soviet Union, which would mark a major turning point in the war, although Hitler and co. would be surprised by which direction that would ultimately go. Still, the massive significance of this moment was never in doubt.

Yet on this day top officials were devoting time to reviewing Warburg’s status as a Jew, since what constituted this kept changing under Nazi laws. Whether or not this single person could be allowed to live, if his survival could be finagled within their own system, got an unusual amount of attention.

The implication is that Warburg held such status because of Hitler’s personal preoccupation with cancer research, having seen his mother die of breast cancer. The linking of Warburg’s life in the sciences (he’s so many -ologies I lost count), as the son of another prominent scientist, physicist Emil Warburg, with the advances he made during especially trying times and his steadfast refusal to allow the Nazis any ground in their campaign against him made for a highly compelling story. This is a well written biography of both the person and his moment in scientific development, and what implications his work has right now, at the cutting edge of cancer research.

The last section of the book looks at the modern understanding of the cancer-diet connection built on Warburg’s discovery of those points about glucose, and it is as fascinating as it is terrifying. Apple provides the evidence that shows that, at least to a certain extent, the increased consumption of sugar in modern diets can be linked to the marked increase of cancer. He notes that sugar should be used in the amount that we use condiments. Shriek.

I found the science writing easy to understand, if tougher to restate. Warburg is a thorny but fascinating character, and it’s incredible to see how his work has been expanded on as cancer research progresses. The setting of high-stakes Nazi Germany makes for a page-turning story.

The Brilliant Abyss: Exploring the Majestic Hidden Life of the Deep Ocean, and the Looming Threat That Imperils It, by Helen Scales

Marine biologist Helen Scales writes about her work in the deep ocean ecosystem, and what we’re learning as we slowly discover more about this still very mysterious region of our world.

As soon as you stop thinking about it, the deep can so easily vanish out of mind — more so than that other great distant realm, outer space. The deep has no stars at night to remind us it is there, and no moon shining down. And yet, this hidden place reaches into our daily lives and makes vital things happen without our knowing. The deep, quite simply makes this planet habitable.

Interestingly, she also points out how much more funding goes to NASA than to deep sea exploration, which seems completely backwards considering the outsized impact of the oceans on every aspect of life on earth.

Parts of this were so good and wonderfully informative, and others so dry. I know, you would think the oceanic abyss couldn’t be any wetter, but there you have it. I had to skim a chunk of the second half, but there’s a lot of important material here nonetheless. Like that we desperately need to stop treating our planet like a magically endlessly renewable resource that we can mine, fish, pollute, and pillage to our hearts’ contents.

There are some more promising elements, like that we’ve pulled tens of thousands of bioactive molecules (“marine natural products”) from the oceans that are currently in numerous preclinical and clinical trials for new drugs in humans, which is causing more attention to be paid to what possibilities the deep ocean holds.

On the flip side, these kind of positive advances (for humans, at least) pale in comparison to all the bad ways we’ve mucked up the sea, including again in the field of medicine, where dolphins and other marine animals are suffering from microbial resistance due to the antibiotics we take to excess.

Scales is very good at making her most salient points, one that stuck with me being that everything around the consumption of orange roughy is horrible. I’d heard something about this before but didn’t understand the extent and impact of it. Do not eat these fish, please.

And everything in the book about octopuses (that is the correct plural, thank you) was my favorite. Surprisingly not as much octopus content as I was expecting, though. Always put more octopuses in it! That’s a good tip for books and life.

published July 6, 2021 by Atlantic Monthly Press. I received an advance copy courtesy of the publisher for unbiased review.

Entering this for the Oceanography category of the 2021 Nonfiction Reader Challenge.

19 thoughts on “New Science: Cancer Research in Nazi Germany and the Oceanic Abyss”