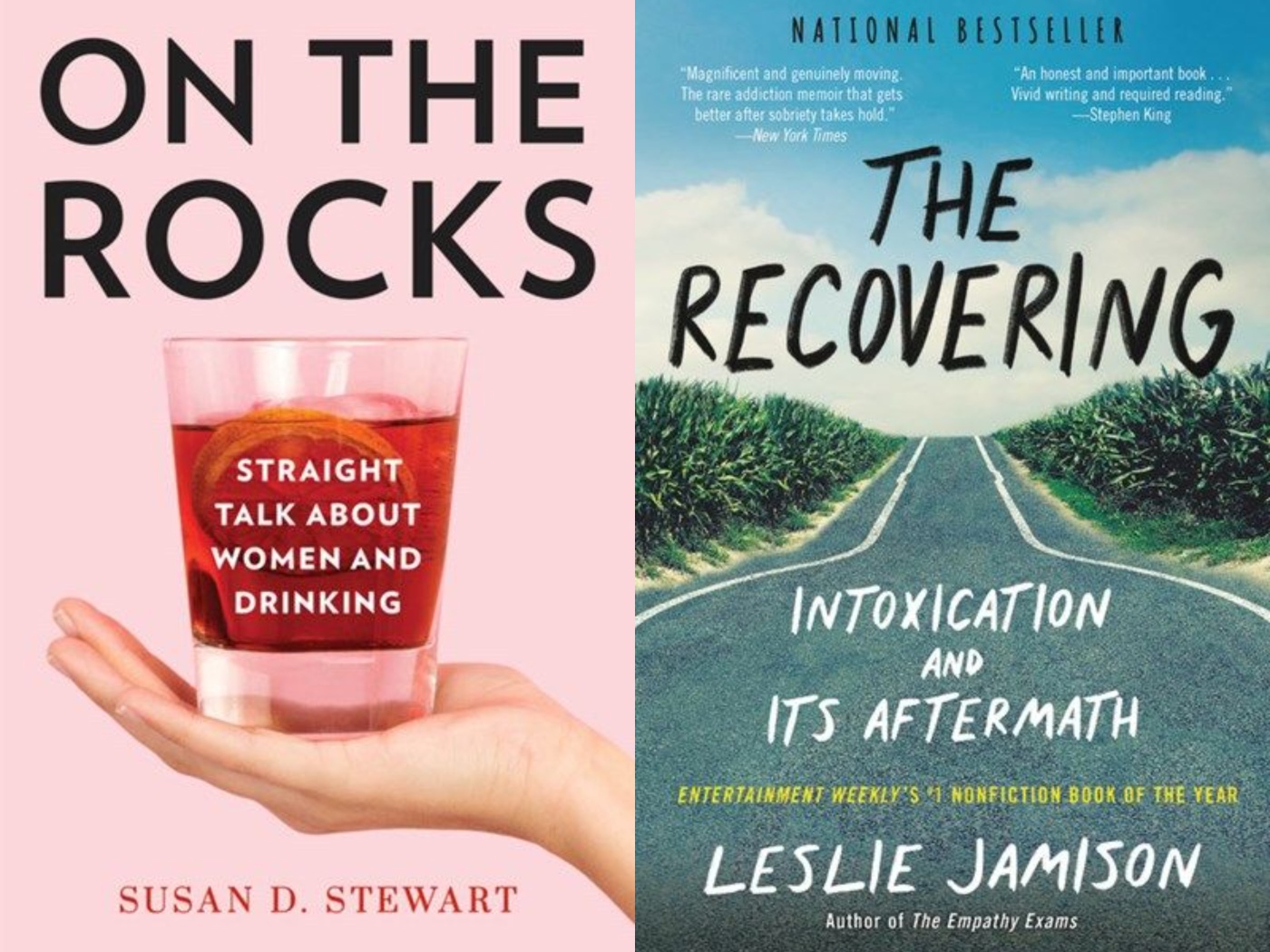 On the Rocks: Straight Talk about Women and Drinking, by Susan D. Stewart

American women are swimming in a sea of alcohol, and we are letting them drown.

When I read this book a couple years ago, what I’d really been looking for in it was a book specifically about why alcohol has been so aggressively marketed to women and how it’s seeped into so many cultural aspects: from the jokey social media culture of how much wine mommies need to get by to the ubiquity of alcohol at social events.

I wasn’t wrong that women’s drinking had exponentially increased, as Susan D. Stewart, professor of sociology at Iowa State University, notes in On the Rocks: Straight Talk about Women and Drinking:

What about women’s lives has changed such that they drink more alcohol? Given the significant increase in women’s alcohol consumption, there has been surprisingly little research on this question and explanations for the rise have been for the most part anecdotal.

Exactly! Stewart sets out to find out something more about how and how much a sample set of women drink, and to hear their stories about what they think about drinking, including stereotypes, judgments, their definitions of what terms like “social drinking” constitute, as well as ideas around what defines problematic drinking and their family histories of it. She focuses on the idea of life courses, i.e., drinking being tied to where someone is in life, like when children have grown and moved away, for example. This was an interesting way to frame it and to think about the topic, and I realized it fit well into my own framework of thinking about problematic drinking.

This is structured mainly as the results of those interviews, and maybe since I minored in psychology (thank you, hold your applause) I usually don’t mind just reading straight study content. This book was mainly that, for example, and I loved it. But I found this a bit tough going, on one hand because a lot of the women are quoted verbatim which is patience-trying (likes and other verbal tics included), and on the other because there just didn’t feel like enough contextual information to understand this in a greater framework.

Stewart’s sample group is fairly small and homogenous as well, which makes the data feel somewhat limited, although she does have a point about who alcohol is especially being targeted to. I did have several pretty shocking takeaways, like that “Over a third (36 percent) of all wine is consumed by millennials” and the general impression that nearly everyone has a family member(s) who is/are heavily affected by alcohol abuse.

It’s basically an explainer of the research points she set out to investigate and some collation of the information based on conversations. It’s not all bad, because when she does extrapolate from her data and put it into a more narrative form for the reader, it’s excellent.

And this is a subject I think we need more writing and scholarship on. As Stewart overwhelmingly demonstrates, there has been a major ramp-up in the marketing of alcohol to women, which is only one of a multitude of factors that in recent years have led to a disproportionate increase in women’s alcohol consumption and consequently, death and illness from the same. The proliferation of snarky memes and cutesy wine-themed products doesn’t help the normalization of massive alcohol consumption and the ignoring of the underlying reasons for it.

Interesting topic and a decent addition to this conversation. I could see this being very useful for others doing work or research in related areas, and it’s a subject I hope continues to be explored.

published August 15, 2022 by Rowman & Littlefield. I received an advance copy courtesy of the publisher for unbiased review. Buy used or new @SecondSale.com

An excellent women and alcohol-related book that completely blew me away in how much I loved it is Leslie Jamison’s The Recovering: Intoxication and Its Aftermath. I’m late to the Leslie Jamison party because after reading some criticism of her work, I felt like those same points would bother me enough to significantly hamper my enjoyment so I always ignored her stuff.

The Recovering has been so widely lauded though, including coming highly recommended by Katie @DoingDewey, plus as mentioned I love women’s alcohol-related stories. Jamison styles this as a memoir around her drinking and recovery, and an emphasis on the long and torturous process of recovery itself, while looping in stories from some literary greats who also suffered drinking problems. I’m glad I gave it a try because it’s definitely one of the best things I’ve read all year.

It’s so beautifully written, almost too descriptively so — I feel like I have a very healthy relationship with alcohol now, but for years I didn’t and this could at times almost be triggering. But it’s a testament to how much Jamison captured of this experience, and I guess how scarily universal dependence and the factors around it can be.

Jamison examines the lives and demons of writers while doing the same to her own, from the thrill of her first drink through her studies and work, several relationships, and the messy business of trying to treat the problem, once she realizes that’s what it is. Worked through all of this is how alcohol defined her life, and defines theirs, and what was so unbearable — even without major trauma or inherent disadvantages, as I thought Jamison acknowledged her privilege adequately — to make a dependence on alcohol seem like the only option.

It was so compelling from start to finish, even if it did go off the rails occasionally, as most of these blends of memoir, culture, literary criticism, and some other topics mixed in tend to do. There’s just a lot going on.

I would share some quotes, but the writing was so extraordinary that I stopped taking notes (I had a library copy) and bought my own that I can mark up.

Any good books you can recommend around the topic of women and alcohol?

15 thoughts on “Two on Women and Drinking”